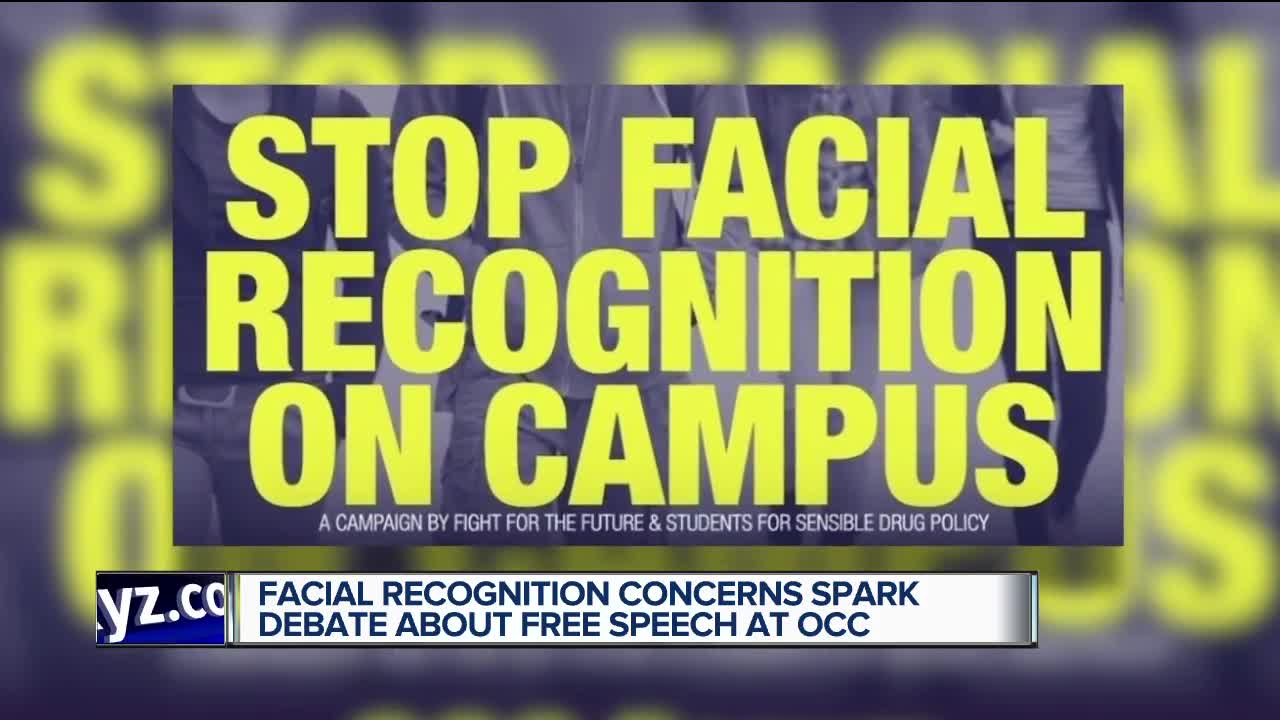 What started as concern over facial recognition software is sparking a larger conversation at Oakland Community College over free speech. “I don’t understand it," said Sarah Noon, an OCC student. "It’s weird that they would try to block something like this.”

OAKLAND COUNTY (WXYZ) — What started as concern over facial recognition software is sparking a larger conversation at Oakland Community College over free speech.

“I don’t understand it," said Sarah Noon, an OCC student. "It’s weird that they would try to block something like this.”

Noon is talking about a student-led forum to talk about concerns with facial recognition technology. It’s not currently used at OCC but it’s something some students have strong opinions on, Noon included. She’s with a group called Students for Sensible Drug Policy on campus, or SSDP.

“The point of this campaign is to keep it from happening before it even starts,” Noon said.

The software has often been criticized for mis-identifying people of color. SSDP is working with the ACLU on their campaign.

What started as a conversation about #FacialRecognitionTechnology turned into a talk about free speech @OCCollege, when a student group was told they couldn't host a forum to discuss concerns about the software (which is not used at OCC). STORY ahead on @wxyzdetroit at 6. pic.twitter.com/AAeJcxoI2v

“It poses a serious threat of creating a surveillance state where cameras can be used to watch us coming and going,” said Phil Mayor with ACLU of Michigan.

Noon said she was shocked when she got an email from college administrators earlier this month telling her the forum was a no-go.

The email was vague, saying only that the technology is currently not used at OCC, and if it were to be adopted in the future there would be legal guidelines in place. It says future student government agendas with the topic included, would be rejected too.

“I knew right off the bat that this was a violation of our free speech, that we had the right to do this,” Noon said.

“Facial recognition software is an important issue and we are pleased our students are bringing attention to a topic of national significance,” the Vice Chancellor said in a statement.

Mayor added that the school decided to do the right thing.

“The school did the right thing and reversed course and has allowed the students to hold their event,” Mayor said.

The forum is now scheduled for Thursday, Feb. 27.