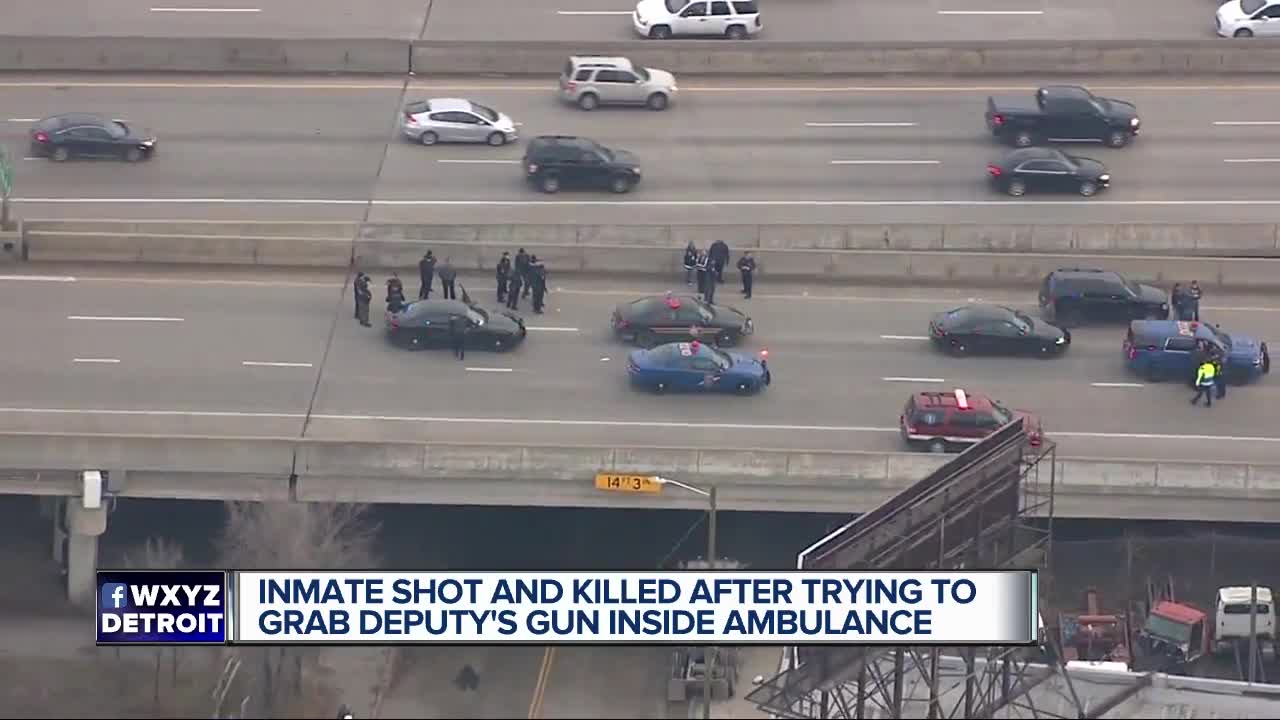 Michigan State Police say a suspect was killed in an officer-involved shooting in the area of westbound I-94 and I-75 on Friday afternoon. According to police, the officer sustained non-life-threatening injuries 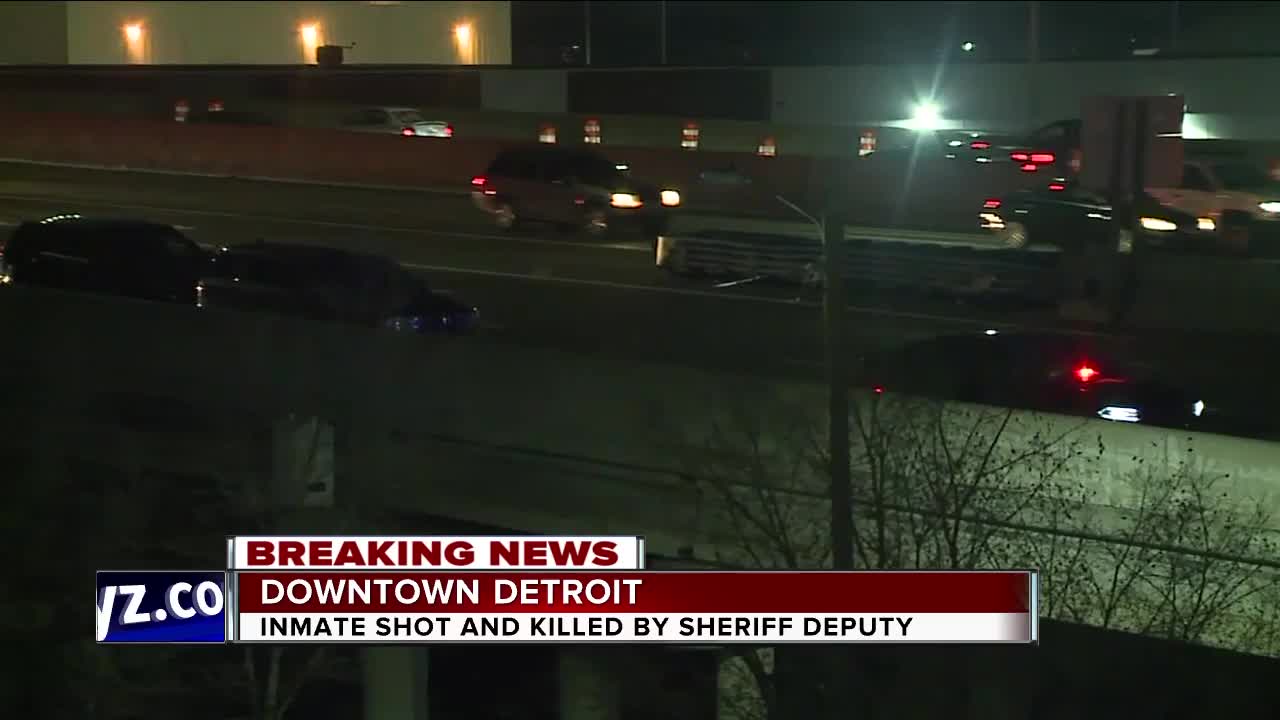 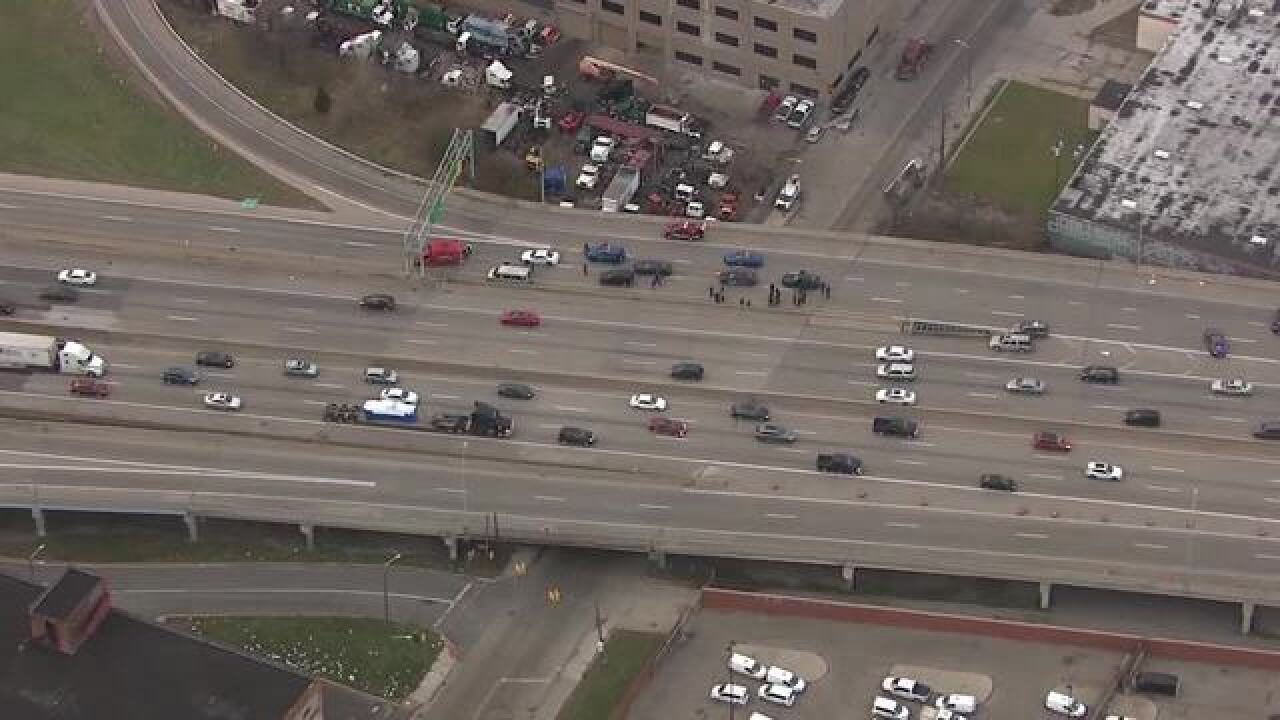 An inmate was shot and killed on Friday afternoon when the inmate tried to disarm a Wayne County Sheriff's Deputy, the sheriff's office tells 7 Action News. The deputy was also injured but suffered non-life-threatening injuries.

According to the sheriff's office, the inmate was being transported in a private ambulance when the altercation happened.

Right now, it's not clear what the suspect was in custody for.

A spokesperson for Universal Macomb, which was transporting the inmate, tells 7 Action News their thoughts are with the driver, the deputy, their families and all involved. They are happy the driver made it home safe tonight.