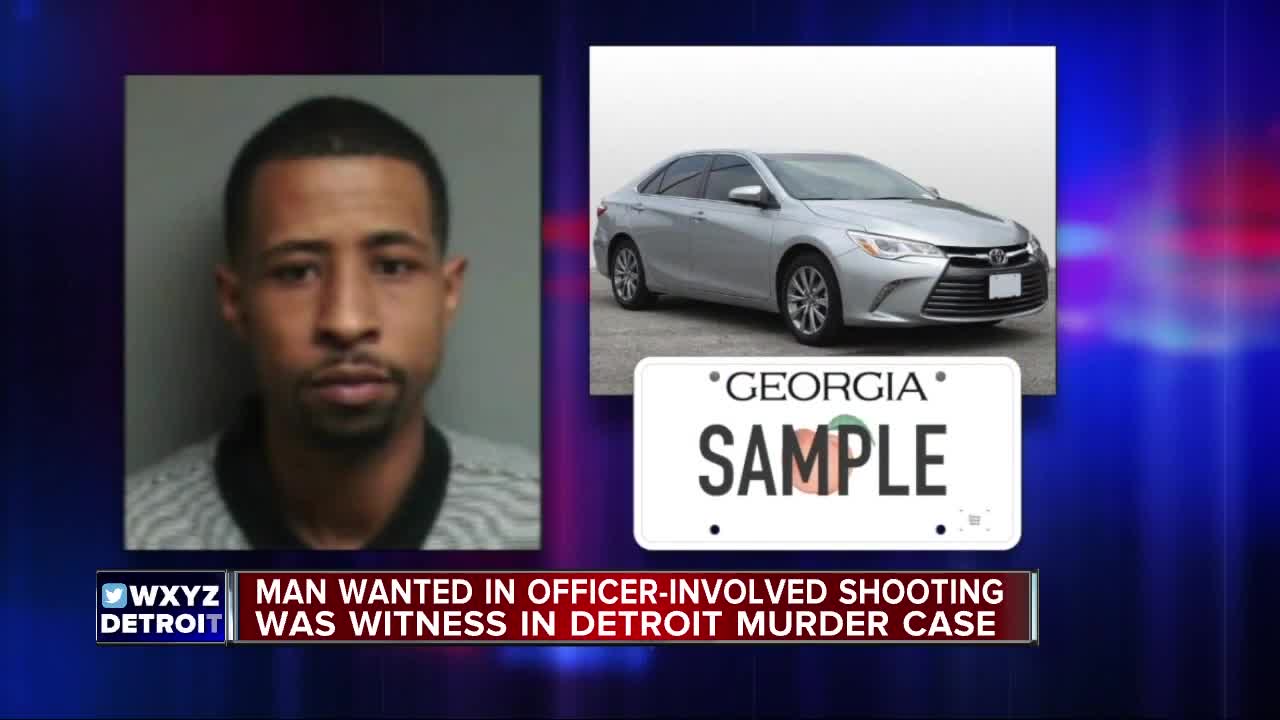 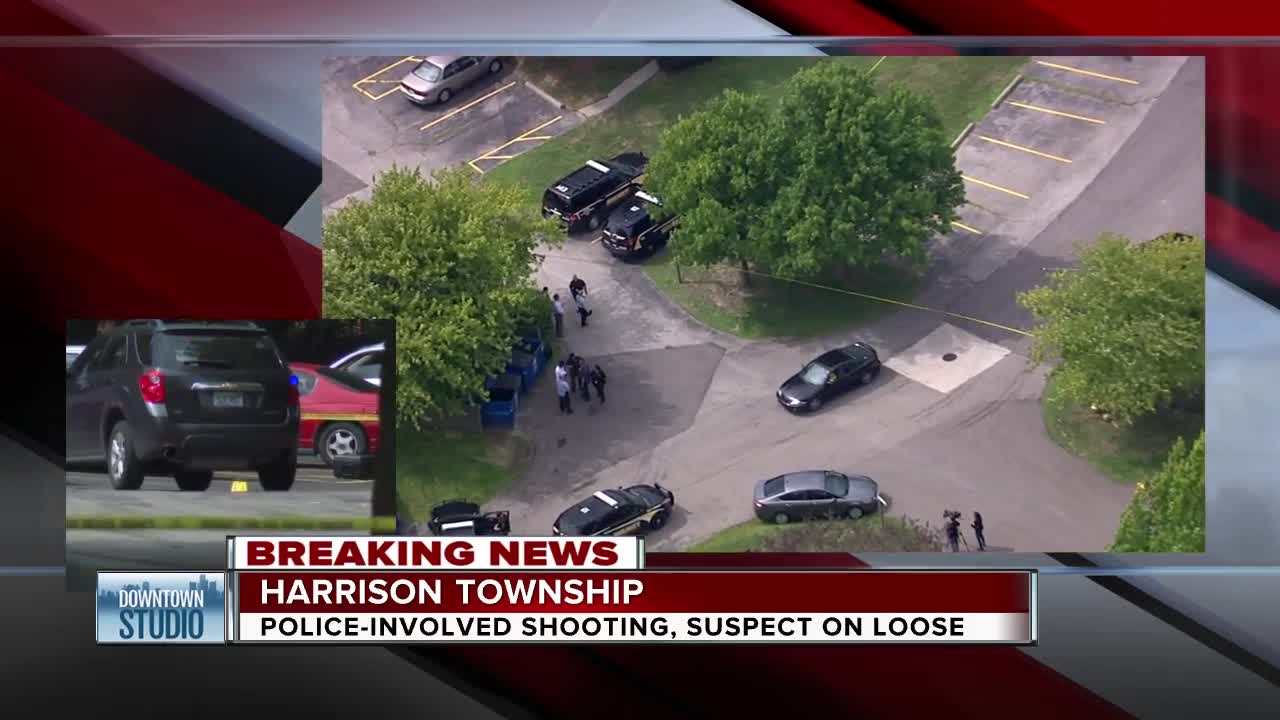 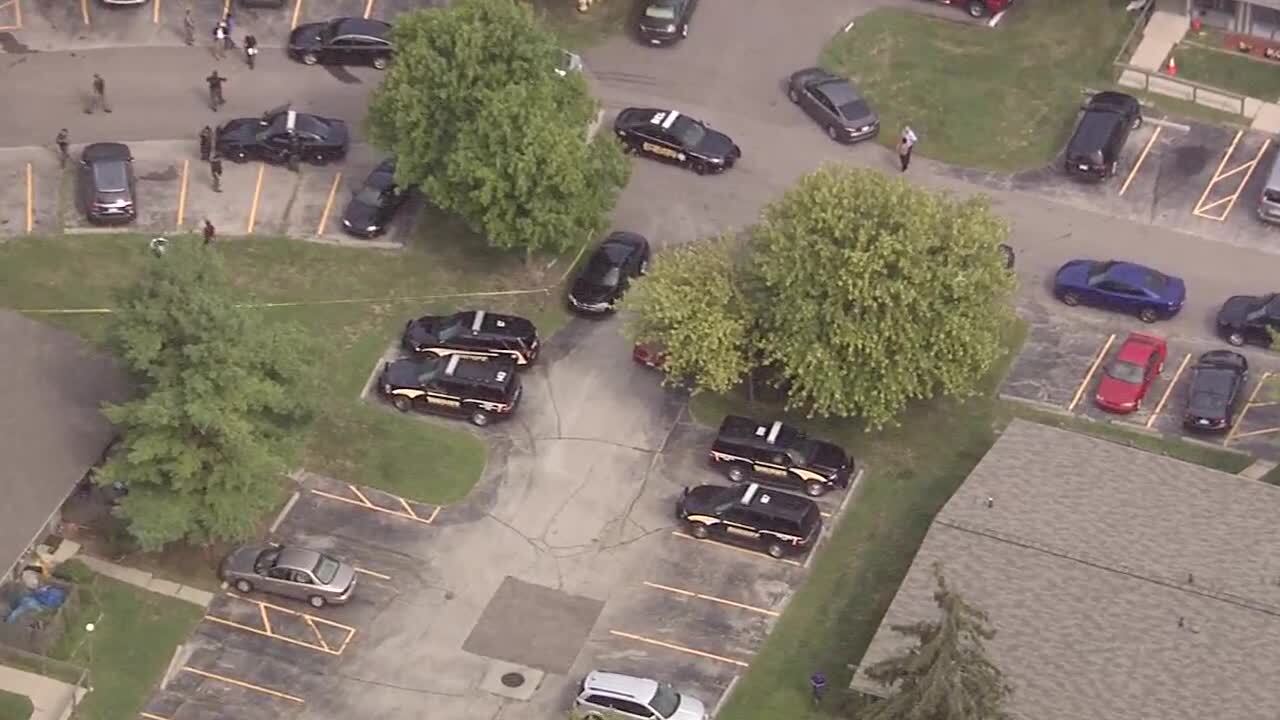 HARRISON TOWNSHIP, Mich. (WXYZ) — UPDATE: Police have arrested the suspect in an officer-involved shooting Monday in Harrison Township. He was taken into custody without incident in the 13000 block of Livernois at 6:20 p.m.

The suspect, 32-year-old Clint Washington Jr., was set to testify Monday in a murder case and officers were going to pick him up with what's called a witness detainer warrant.

Washington did not live in the apartments where the shooting happened. He was there visiting his mother.

Detroit Police Chief Jame Craig also says Washington used his car as a weapon, backed up into an undercover car and then took off. Officers fired shots at him in response.

The Macomb County Sheriff's Office conducted the new crime scene investigation. Washington could be charged with felony assault. He had outstanding warrants but nothing violent only traffic issues and failure to pay child support.

Chief Craig says there will be an internal investigation into how police handled this case.

The Macomb County Sheriff's Office is investigating an officer-involved shooting in Harrison Township on Monday morning. According to the sheriff's office, they responded to the area of N. Pointe Parkway and 16 Mile for multiple shots fired.

When officers arrived, they saw several vehicles fleeing the area. One of the 911 callers said that the people fleeing the area had police-type vests on and took off in blacked-out dark-colored Dodge Chargers.

Deputies made contact with them and identified them as Detroit - Wayne County Violent Crimes Reduction Task Force officers.

Police say the suspect, Clint Washington Jr., 32, was a witness in a Detroit murder case. He failed to show up to court, which is why officers came to arrest him on a witness detainer warrant. That's when several shots were fired.

Right now, police say there are no known victims.

Washington, from Harrison Township, fled in a silver Toyota Camry with a Georgia license plate west on I-94. He is described as a black male, 5-feet-11, 165 pounds with black hair and brown eyes. He was last seen wearing a gray hoodie and blue jeans.

Washington, police say, has several warrants for his arrest, including a felony from the Detroit Police Department.