One dead after high-speed crash on I-94 in Detroit 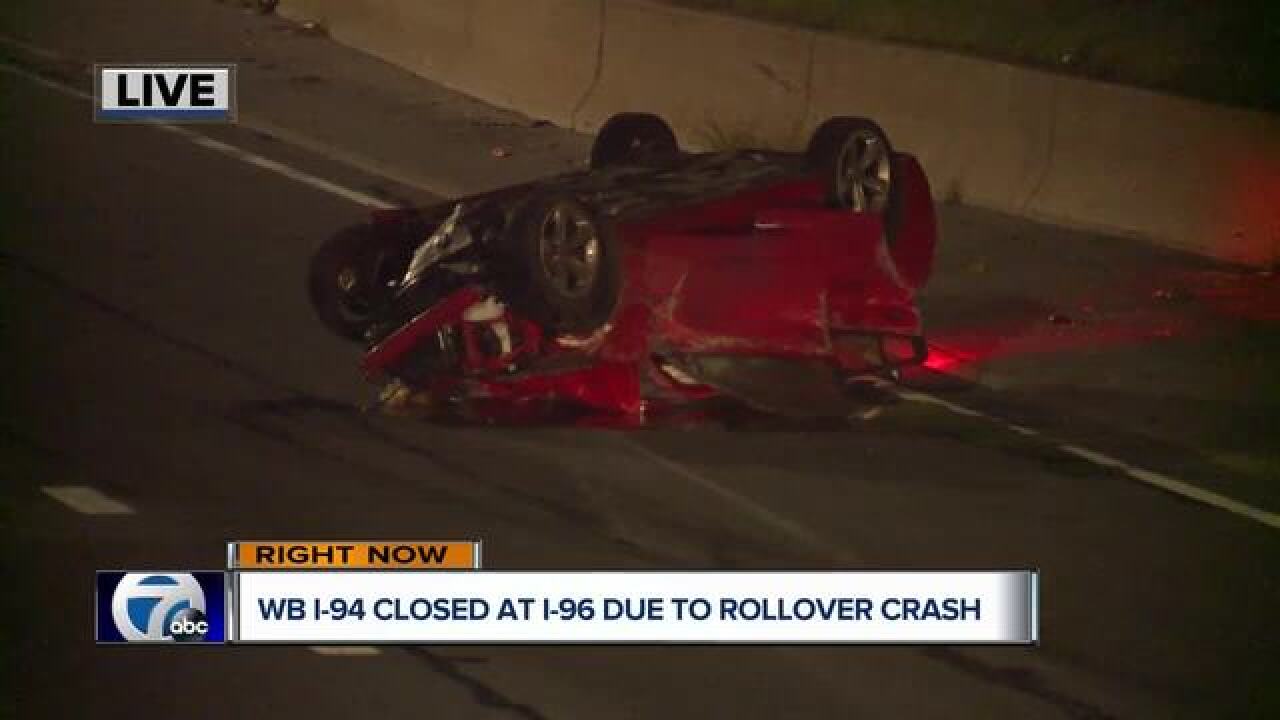 Michigan State Police say one person is dead after a high-speed crash on I-94 near I-96 in Detroit overnight.

According to police, troopers were dispatched to westbound I-94 near W. Grand Blvd. around 2:05 a.m. Monday for the crash.

An investigation revealed that a Dodge Charger was traveling at more than 100 mph when it hit the rear-end of an SUV also going westbound.

That SUV then burst into flames after the crash, but two people inside were able to get out of the vehicle without injury.

The Charger slid about 400 feet after hitting the SUV and rolled over, ejecting one person inside. That man was killed instantly.

The freeway was closed for more than five hours while police investigated.