One in Every 4 Middle Age Adults has Weak Bones 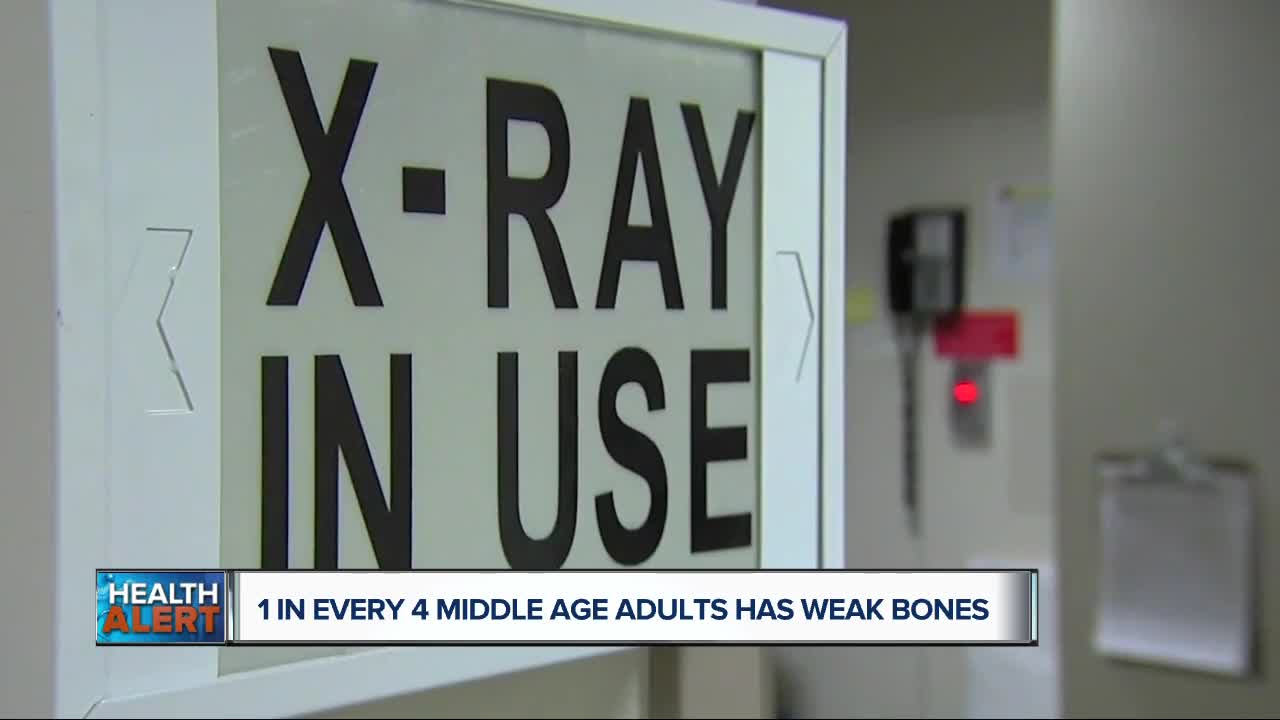 A new study has found that 1 in 4 middle-aged adults have weakened bones, and could potentially lead to osteoporosis, if not diagnosed and treated.

(WXYZ) — A new study has found that 1 in 4 middle-aged adults have weakened bones, and could potentially lead to osteoporosis, if not diagnosed and treated.

What is causing weak bones?

You know a lot of people don’t realize that your bones can start changing well before you hit middle age. When we’re young, our bodies build bones up until we’re between the ages of 20 to 25. After that, we need to maintain what we have. And if that doesn’t happen, over time you can then start developing what’s called ‘osteopenia’. It’s when your bones have become weaker but aren’t breaking easily. It happens because your body is getting rid of more bone than it’s actually creating and the inside is becoming brittle.

We know it’s common for older women to have bone loss, but what about men?

Yes it’s very common with women, but men can have it too. In fact, this new study looked at both men and women between the ages of 35 and 50. And found that roughly 25% of them had osteopenia. This really shows that it’s important for both sexes to take steps to protect bone loss at an early age. Before osteopenia turns into osteoporosis, where your bones are so brittle and weak that they break easily.

How can we know if we have bone loss and what’s the treatment for it?

There is a bone density test that is painless and noninvasive. It’s basically an X-ray that measures calcium and bone minerals. I recommend you speak to your doctor about it, especially if you went through menopause early, took corticosteroids for several months, or if there’s a family history of it. Now if you have bone loss, depending on how severe it is, there are medications that can treat it. But the best ways to ward off osteopenia is by getting the recommended amount of calcium, vitamin D, and exercising, especially strength training. I would also cut back on carbonated beverages, alcohol and quit smoking.