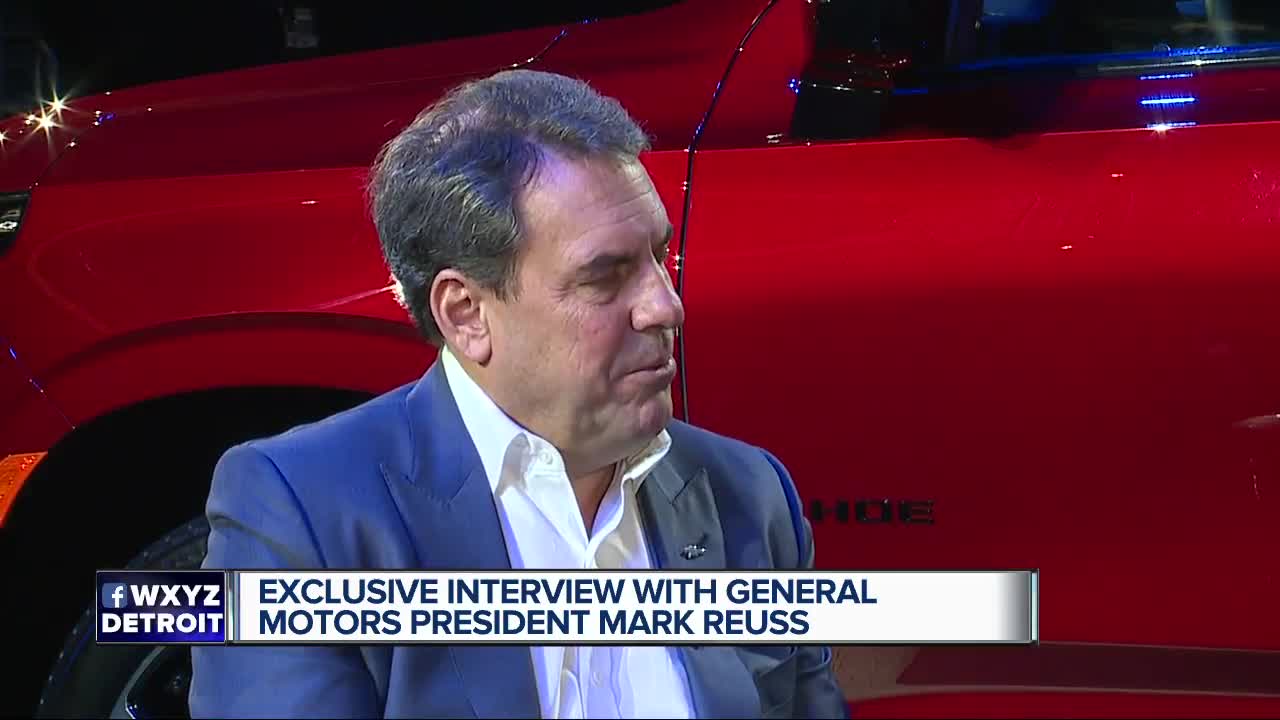 We're sitting down with General Motors President Mark Reuss as he talks about the future of the company and the city of Detroit. 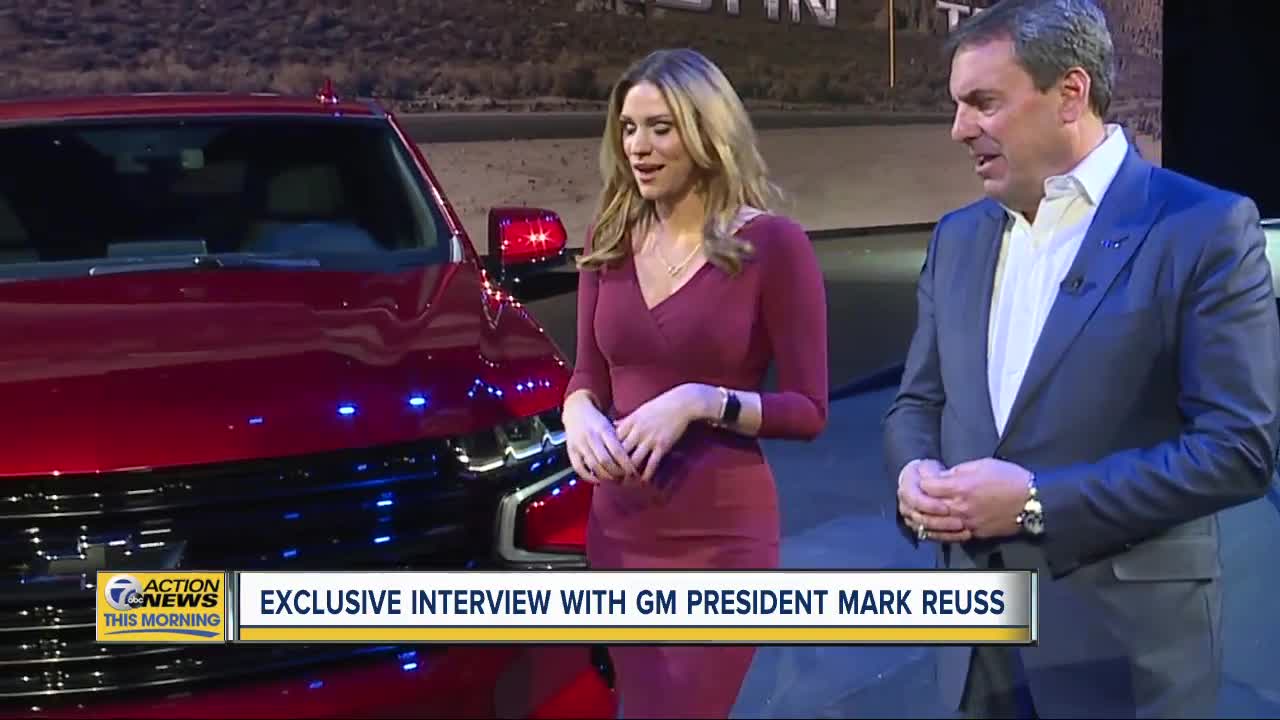 (WXYZ) — This week, General Motors unveiled the redesigned Chevrolet Suburban and Tahoe, marking the 85th year of the SUV.

GM President Mark Reuss sat down with 7 Action News' Ann Marie LaFlamme for an exclusive one-on-one at the unveiling.

The company is celebrating the Suburban and Tahoe by branding it as the legacy continuing, and that's what Reuss said GM is all about.

"It really gets down to the people at the end of the day it's the people and my father worked for General Motors as well - and those efforts and the ability to put the food on the table making things that people really love and it changes their lives," Reuss said.

The new SUVs have more cargo room and leg space, and an extra 10 inches in the third row of the Tahoe, along with a new rear suspension.

"The trucks are now able to lower for getting in and out of and they raise up high if you wanna take them through snow like we do in Michigan," he said. "But also when you get to speed on the highway the vehicle actually drops down with our suspension for better aerodynamics and fuel economy so there's a lot of really good and technical innovation for everybody"

They include new touch screens and displays for both the driver and passengers. While Reuss said the company is leading the industry in technology, he said it all comes back tot he men and women who make it all happen.

"We can talk about the technology that goes into making trucks like this in our Arlington plant in Texas - there's 4,800 people who give their heart and soul every day - one of these trucks is produced every minute of every day six days a week," he said.

Reuss has a message for those people after a tumultuous year for GM.

"It's been a year full of big investments like in flintFlint - we put new paint shops in there we just launched our heavy duty trucks in Flint, we just launches the diesel engine that'll go into these trucks in Flint as well and then we put another #1.4 billion into Arlington," he said. " This last week we just announced we're putting a lot of money, #2.3 billion dollars into manufacturing electric vehicle battery cells in Ohio."

Reuss said the Suburban, and the fact it has withstood 85 years through gas prices and the financial crisis, and industry changes, defines the company legacy and the resilience of the Motor City.

"I've lived in Detroit my whole life and I know you have too, and this is absolutely the most exciting time in Detroit in my life," he said. "This used to be called the silicon valley of the Midwest and I think it's becoming that once again. Vehicles like this are still passionate purchases that are a reflection of who you are and your values."