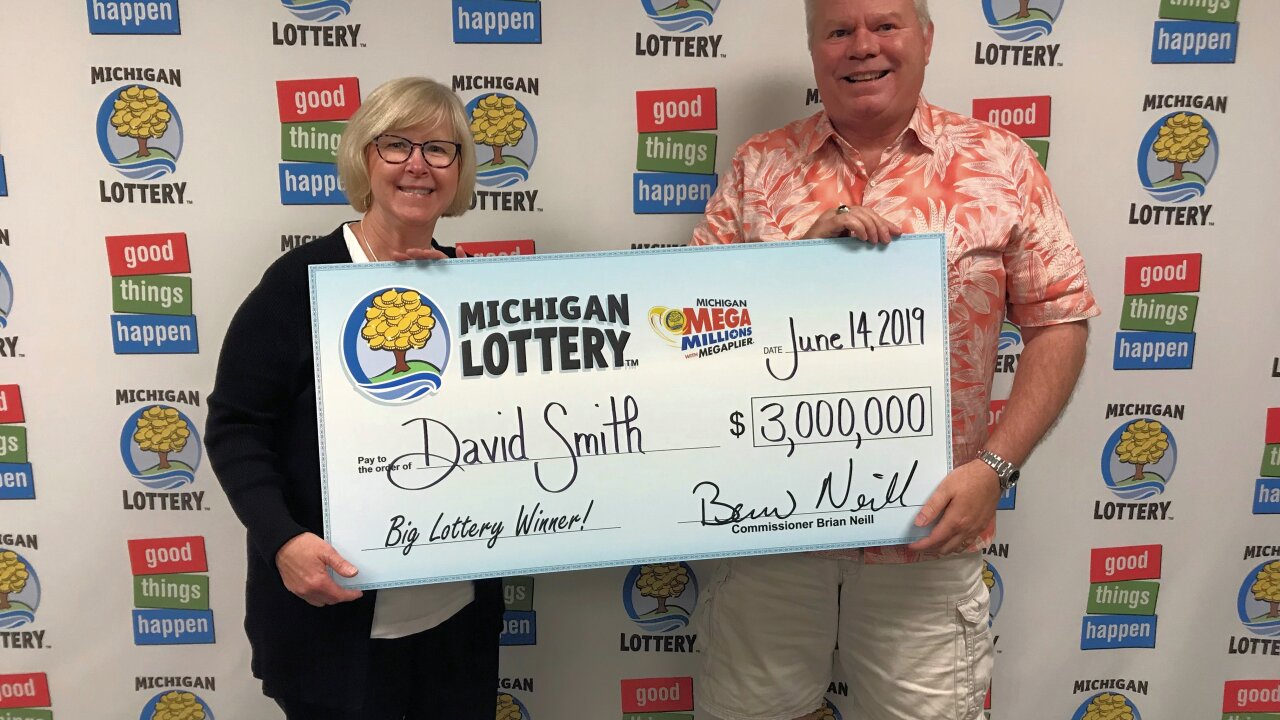 LANSING, Mich. (WXYZ) — An Farmington Hills man hit a $3 million Mega Millions jackpot during Tuesday's drawing while using Michiganlottery.com. David Smith, 59, matched all five white balls drawn in the drawing, and thanks to the Megaplier addition, they were able to triple their winnings.

"I was checking my tickets online Wednesday morning, and out of the corner of my eye I saw the $3 million winner," said Smith. "I called my wife right away and it took me 10 minutes to convince her we'd won $3 million.

"She was still skeptical, so she had me send her a screenshot and then Googled the numbers herself. We were both stunned. We're still in shock."

Smith said he plans to use the winnings to help in his retirement in a few years.

Those who want to buy online Mega Millions tickets from the Michigan Lottery can do so until 10:45 p.m. the day of the drawing.