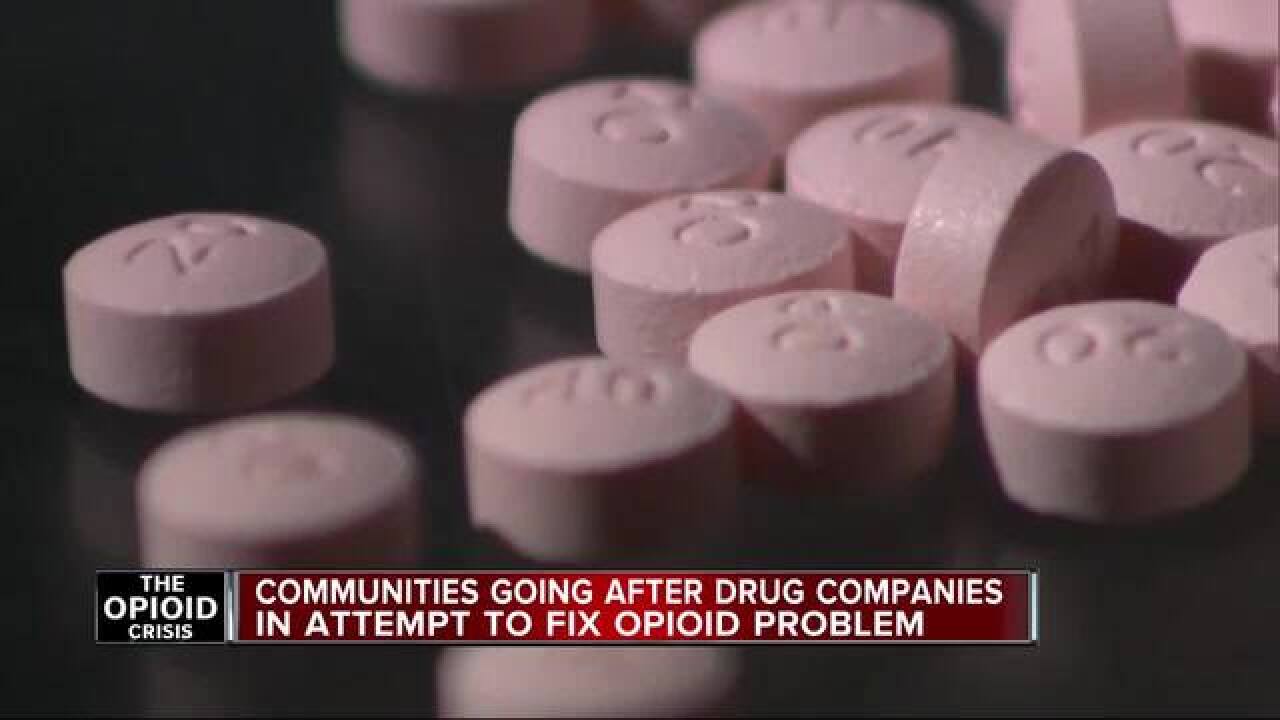 It’s hard to wrap your head around the impact of the opioid epidemic. Neighbors, family members and strangers fall victim to addiction daily — new numbers show that the impact topped $500 billion this past year, but on a local level those numbers are costly.

Over the past several months, a number of lawsuits have been filed against opioid manufacturers and distributors. It may seem like a strange move at first blush, but the reality is that local governments are hemorrhaging money and many are now turning to lawsuits as a new strategy.

The cost to fight the war on drugs locally includes the budget of local law enforcement and local jails, it also affects community mental health budgets and the foster care community due to children with addicted parents. One lawyer noted that when you really start to drill down on the affects of opioids in metro Detroit you don’t have a thread, but an entire net capturing various aspects of life: schools, businesses, and churches are also affected either directly, or indirectly due to costs.

These lawsuits are not necessarily meant to collect money — though compensation will be a piece of the lawsuit — it’s also a way to make manufacturers and distributors stop procedures that may lead to the ballooning epidemic.

Macomb County is expected to announce a lawsuit in the coming weeks, though the lawyers who have been working on the litigation for months will admit it’s unlikely that a decision would come in the short-term.

Others are stepping up to be part of the fight — in Macomb County the Family Against Narcotics (FAN) group has filled a huge gap.

Judge Linda Davis started the program and noted that since February the group has helped place more than 660 people into treatment.

Right now, a big part of FAN’s work is the “Hope Not Handcuffs” program. To date, more than 30 police departments and the Macomb County Sheriff’s Department is involved. They also have more than 250 angel volunteers, workers who will arrive at local police stations and work to get addicts into treatment — the program is essentially an open invitation to anyone struggling with addiction to show up without fear of arrest. Instead of handcuffs, they'll find a treatment facility to help them -- a testament to how many drug cases police are now stumbling across.

FAN is also looking to start a housing program, and to get involved in foster care situations, as Davis explained to 7 Action News the need is great.

“We’re even working with a company that has 400 spots that they’re willing to work with drug court participants,” said Davis.

Drug court is another option for many who need help — in many cases, Judge Davis said people don’t realize that the help is there for those who’ve fallen victim to addiction.

Anthony Mattarella is a prime example of how drug court can change your life. He credits an arrest in Utica with saving his life — he told 7 Action News his addiction started after a broken bone when he was 15-years-old, by the time he was arrested he was stealing to make enough cash to buy heroin. Heroin is cheaper, and at that point in his life Mattarella was simply looking for a high.

“I believe I would be dead,” said a serious Mattarella when asked where he’d be if it wasn’t for that arrest.

He’s flipped his life around — he’s now an intern with hopes of becoming a paralegal, he’s engaged to be married, and he’s now helping as a volunteer to talk to addicts as an “angel.”

His story is one of many, and they don’t all make a turn for the better. Mattarella came from a typical Rockwell-esque family: a two-parent household with a sibling and no real troubles. The opioid epidemic still hit home, now his family works as advocates to help others.

“You’re not even aware of it becoming a problem when you’re using it,” said Mattarella. “In the beginning things are good because of the drug. Slowly it takes a turn for the worse.”

Individual success stories are great, and FAN is working to create more of them — but most will note it will take a multi-pronged strategy to solve the issue at han.

Rebecca Haffajee, an assistant professor of health management at the University of Michigan, noted that roughly 1,500 bills have led to roughly 500 pieces of legislation — but said more needs to be done if we expect real change.

“If we cut access off and patients are addicted, where are they going?” she said.

If you’d like to learn more about resources available for opioid addictions the following locations are a good start: