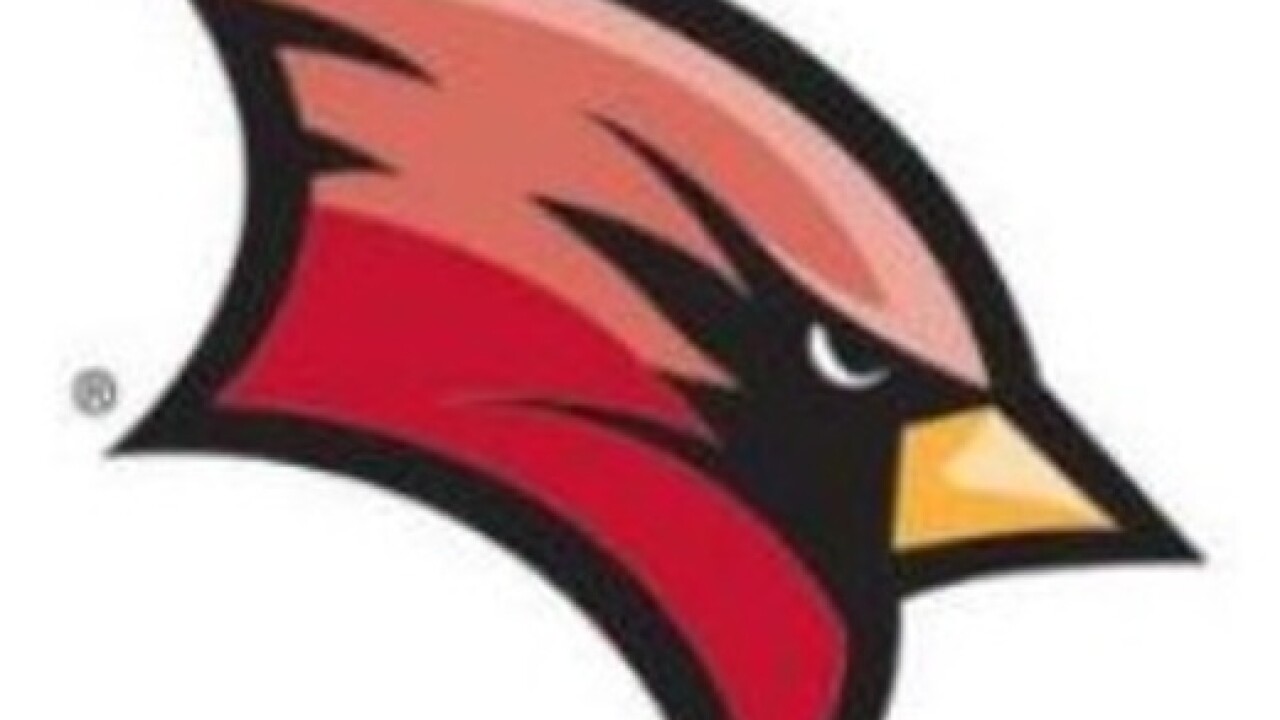 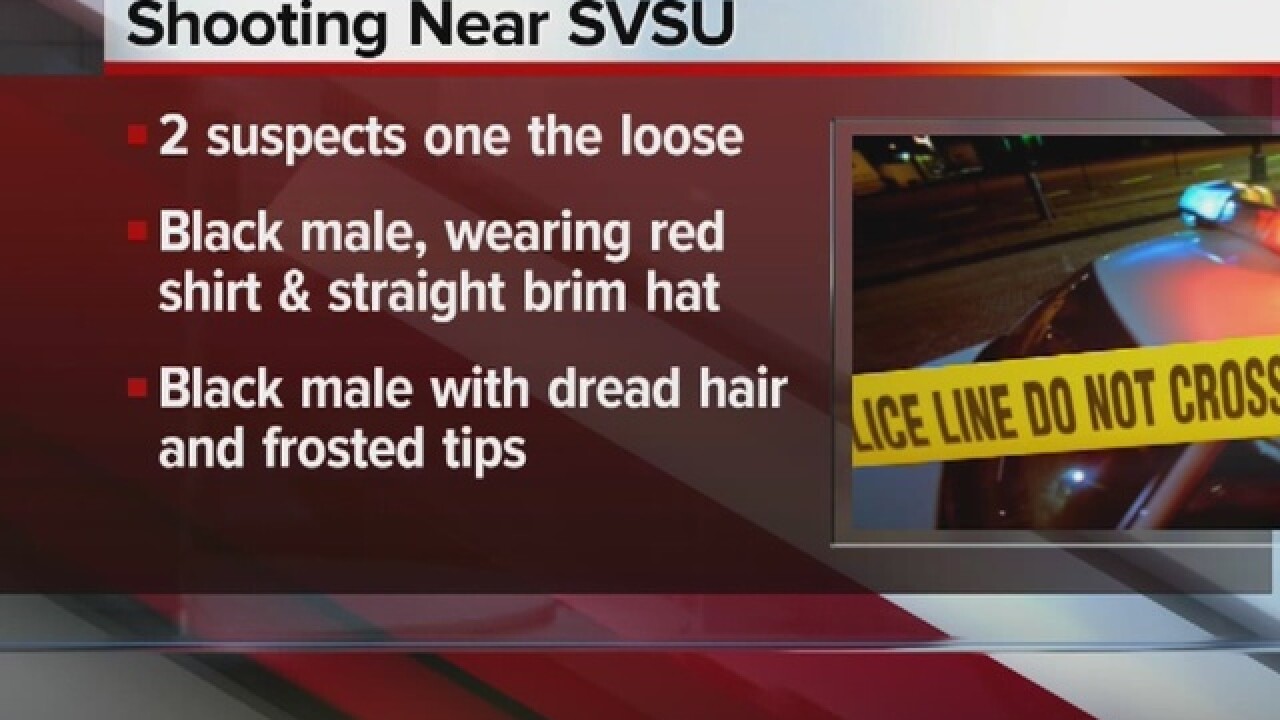 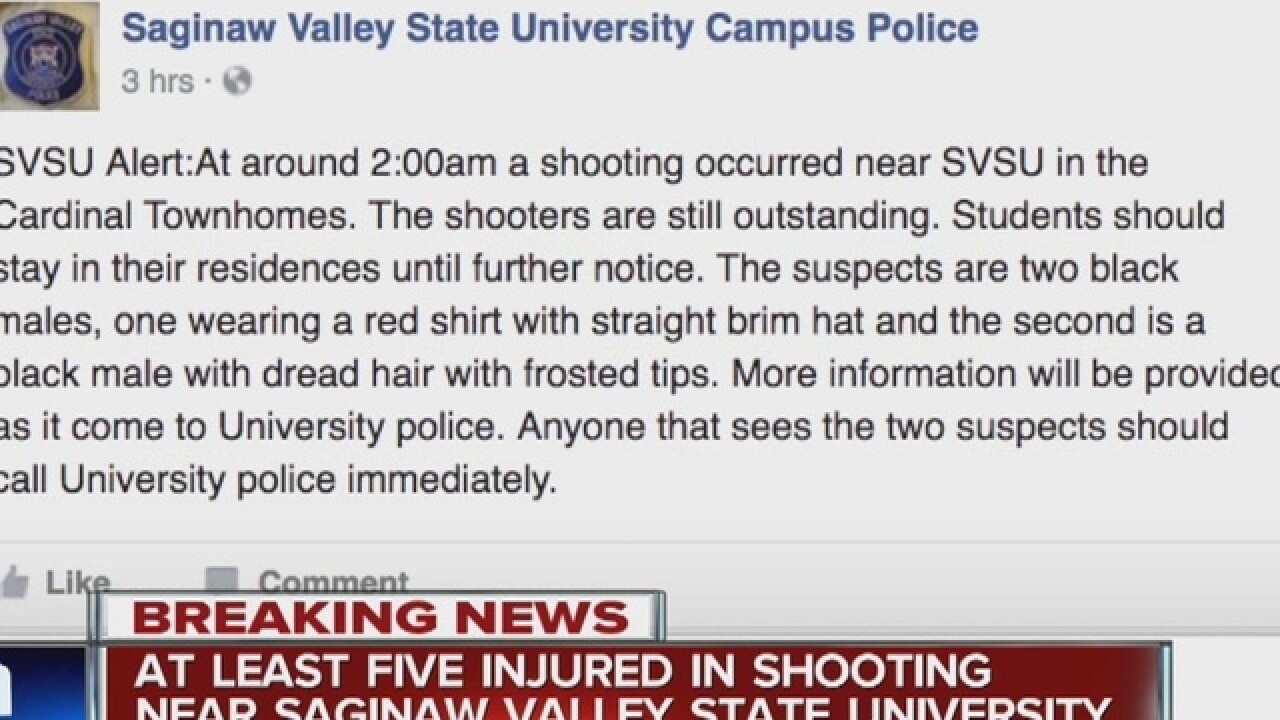 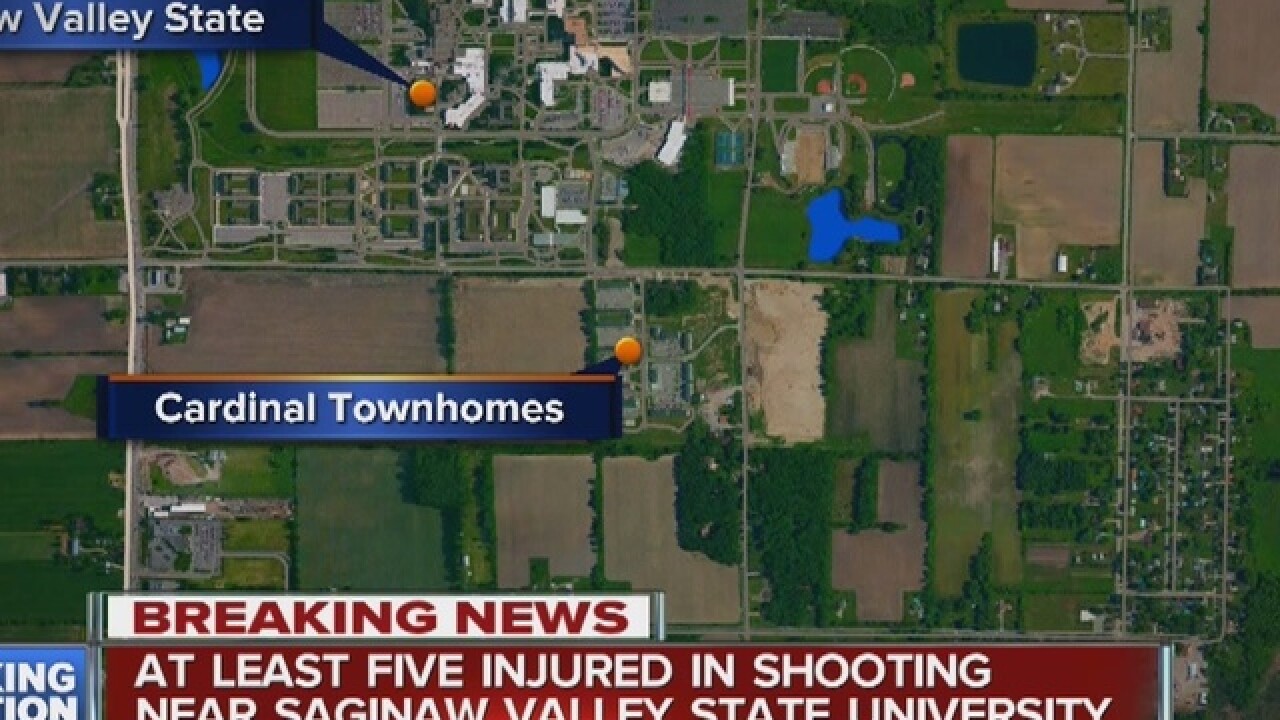 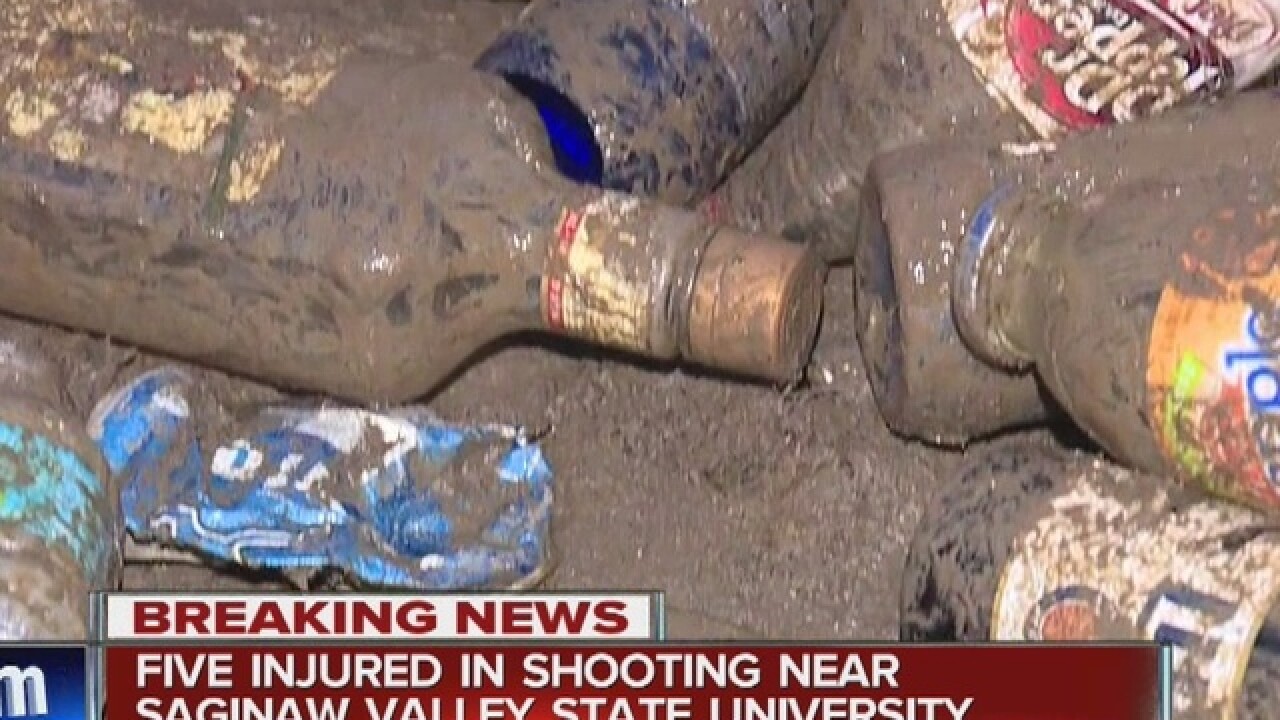 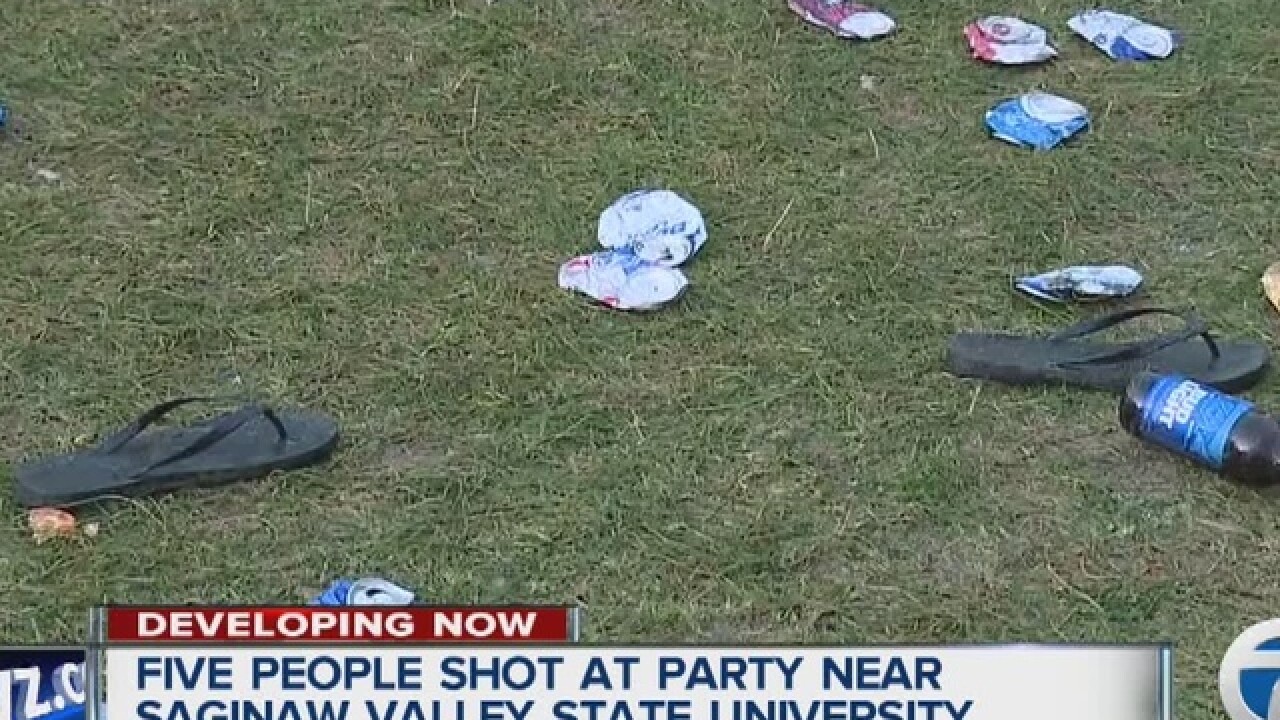 There's been a shooting near the campus of Saginaw Valley State University in Saginaw County.

Deputies say the  shooting happened at a townhome complex near Pierce Road and Davis Road. Students are said to live at that complex.

The sheriff of Saginaw County says a large party was taking place at a unit and shots were fired. He tells 7 Action News 5 people were shot.  They've all been treated for their injuries and released. None of the victims are students at Saginaw Valley State University.

The entire university was initially put on lockdown, but that order has since been lifted.

Campus police posted the following to their facebook page shortly after the shooting began:

SVSU Alert: At around 2:00am a shooting occurred near SVSU in the Cardinal Townhomes. The shooters are still outstanding. Students should stay in their residences until further notice. The suspects are two black males, one wearing a red shirt with straight brim hat and the second is a black male with dread hair with frosted tips. More information will be provided as it come to University police. Anyone that sees the two suspects should call University police immediately.
Deputies have yet to make an arrest.

Police say they are now only looking for the black male with dreadlocks and frosted tips.

A hotline has been set up for concerned parents, students and families to call. That number is 989-964-4348.

Action News and WXYZ.COM will have more on this breaking news as more details become available.