Owner of company behind green ooze on I-696 dug a pit to store 37,000 gallons of Hexavalent Chromium

It is one of thousands of contaminated sites in Michigan 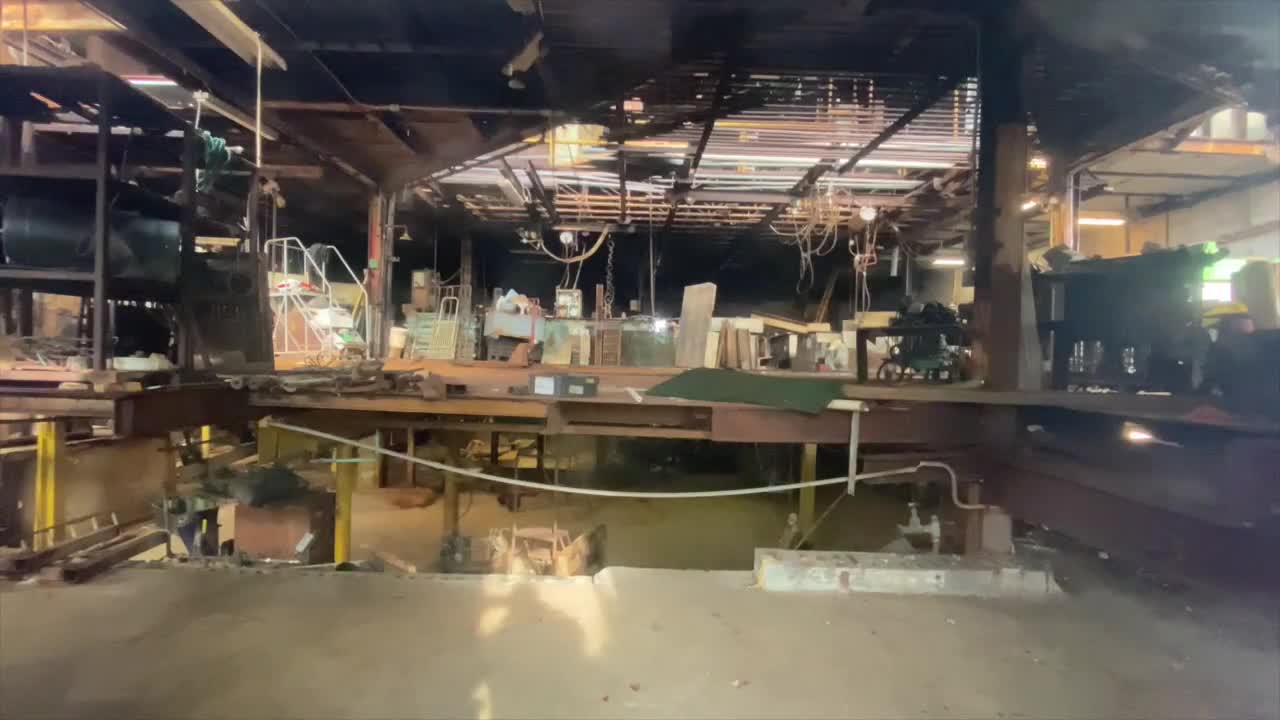 With such a rich manufacturing history and poorly funded environmental agency, that green ooze on I-696 is a sign of a much bigger problem in our state.

MADISON HEIGHTS, Mich. (WXYZ) — With such a rich manufacturing history and poorly funded environmental agency, that green ooze on I-696 is a sign of a much bigger problem in our state.

How did toxic green ooze migrate onto I-696? Didn't the EPA clean up this contamination in 2017? If so, why is Hexavalent Chromium in our storm drains and ground water and oozing onto our freeway now? Who dropped the ball?

7 Action News Reporter Jennifer Ann Wilson found answers that may disturb you more than these questions.

How did it all start?

Today's contamination problem started more than 20 years ago. That's when owner Gary Alfred Sayers became president of Electro Plating Services, according to the Department of Justice, which says Sayers almost never properly disposed of the hazardous waste his company produced.

From Cyanide to toxic chromium 6 – he kept it all.

Many of those toxic chemicals corroded the containers they were in and leaked or were improperly stored to begin with. From the late 90s to 2016, he received numerous warnings from Michigan's environmental agency, but the Department of Justice says he ignored all the warnings.

Sayers even had a pit dug in the lower level of the building to hold hazardous waste, likely putting the cancer-causing chemicals closer to our water source.

He stored largely Hexavalent Chromium, a substance known to cause cancer and many other serious health problems. In December of 2016, the MDEQ – now known as EGLE – shut down Electro Plating Services due to multiple violations. The EPA was called in for an emergency clean up.

So what exactly did the United States EPA do?

A statement from U.S. EPA, the agency reads in part:

"In June, 2017, EPA undertook a $2 million hazardous waste cleanup at the former Electro Plating Services facility. During EPA’s time-critical removal action, the goal was to remove all of the direct contact threats, including all containers and contaminated liquid in the building. EPA removed over 5000 containers and pumped 37,000 gallons of hexavalent chromium (or chromium VI) contaminated water from the basement."

The pit Sayers had dug in the basement was emptied, back-filled and compacted.

Once "the imminent and substantial threat from the containers of hazardous waste" was removed, the EPA's work was done. It was then up to the state of Michigan to finish the job.

The EPA says subsurface sampling did indicate the need for further assessment and potential long-term action. After years of leaking containers and chemicals being stored in a basement pit, cleaning up only what you can see on the surface wouldn't be enough.

In January 2018, the EPA turned the rest of the clean up over to the state of Michigan, to EGLE (formerly MDEQ).

Important perspective: the @EPA standards for chromium levels in water were set in 1991 according to their website (before the @ErinBrockovich case), it doesn’t account for dangers of accumulation over time.
Mad Heights drinks city h2o (not well water) but still ... @wxyzdetroit https://t.co/chGOHthID1

7 Action News reporter Jennifer Ann Wilson asked the Michigan Department of Environment, Great Lakes and Energy (EGLE) if it made efforts to finish the job if in the two years since the EPA did it's part, if EGLE has done any further testing or clean up at and near Electro Plating Services in Madison Heights.

EGLE did not do any further testing or further clean up of the Madison Heights property, not because it wasn't necessary but because they didn't have the money.

In fact, this is one of thousands of contaminated sites in the state of Michigan. And the department doesn't even have the money to assess just how toxic it is, let alone clean up tainted soil and poisoned ground water.

With such a rich manufacturing history in Michigan but yet such a poorly funded environmental agency, that green ooze on I-696 in Madison Heights is a sign of a much bigger problem we're facing.

The US EPA says: "Due to the migration of subsurface contamination to the surface, EPA initiated an emergency action to remove contaminated materials from the ground. EPA is also conducting an expanded assessment to determine if other time-critical actions are necessary. Once the assessment is complete and in coordination with the city/state, both short-term and long term cleanup goals can be established."

The Michigan Department of Environment, Great Lakes, and Energy (EGLE) says: "EGLE is coordinating with federal and local partners to review decades of decision-making and testing at this site. That process will help us determine if there were gaps in the site analysis, and/or improvements that could be made. That review will take some time."