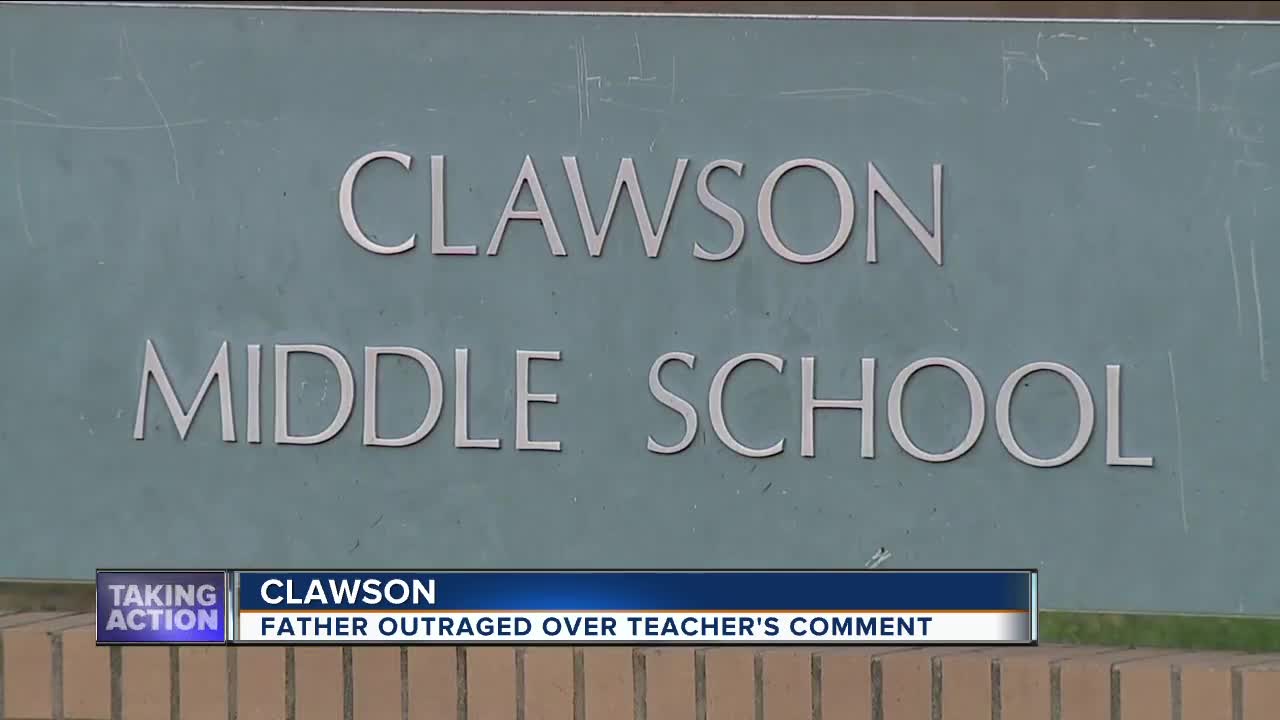 A Clawson School District father is outraged after a teacher's racially insensitive comments to his daughter and multiple black students.

CLAWSON, Mich. (WXYZ) — A Clawson School District father is outraged after a teacher's racially insensitive comments to his daughter and multiple black students.

"This one teacher, Ms. Smith, comes up to my daughter's group who were all black kids and says, 'I know it's customary in your culture to be loud. I'm going to need you to cut it out,'" Winston Hughes said.

According to the school district's website, the student population is made up of 73% white, 13% black, 6% Hispanic, and Asian, American Indian/Alaska Native, Hawaiian Native/Pacific Islander and other make up the remaining population.

He wants the teacher fired for the off-color remarks.

He said his 12-year-old daughter and other students in the classroom were offended.

"She was hurt," Hughes said, "She didn't say anything in the classroom but once she got in the car she said that wasn't right, why would she say that to us?"

Superintendent Tim Wilson declined an on-camera interview. Wednesday evening, a press release was sent to 7 Action News. At the same time parents were notified via email.

Hughes said the offensive remarks were made last week on Thursday during a science class while students were in groups.

Hughes said he moved his five children to the Clawson school district for a quality education, although they don't live within the city limits.

He also told 7 Action News the teacher called him personally to apologize.

Hughes said the teacher was suspended for two days and was back in the classroom on Wednesday. He believes the punishment was a slap on the wrist.

Superintendent Wilson said the teacher was apologetic and remorseful. Hughes believes she should be terminated.