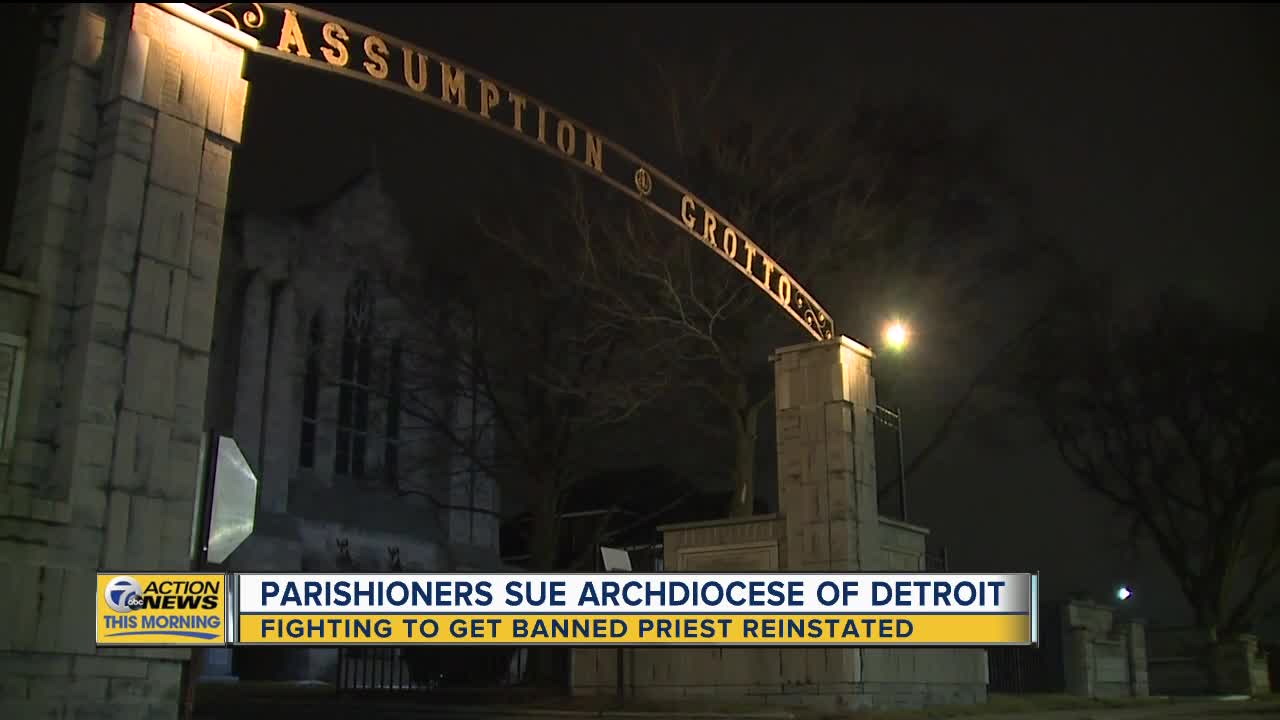 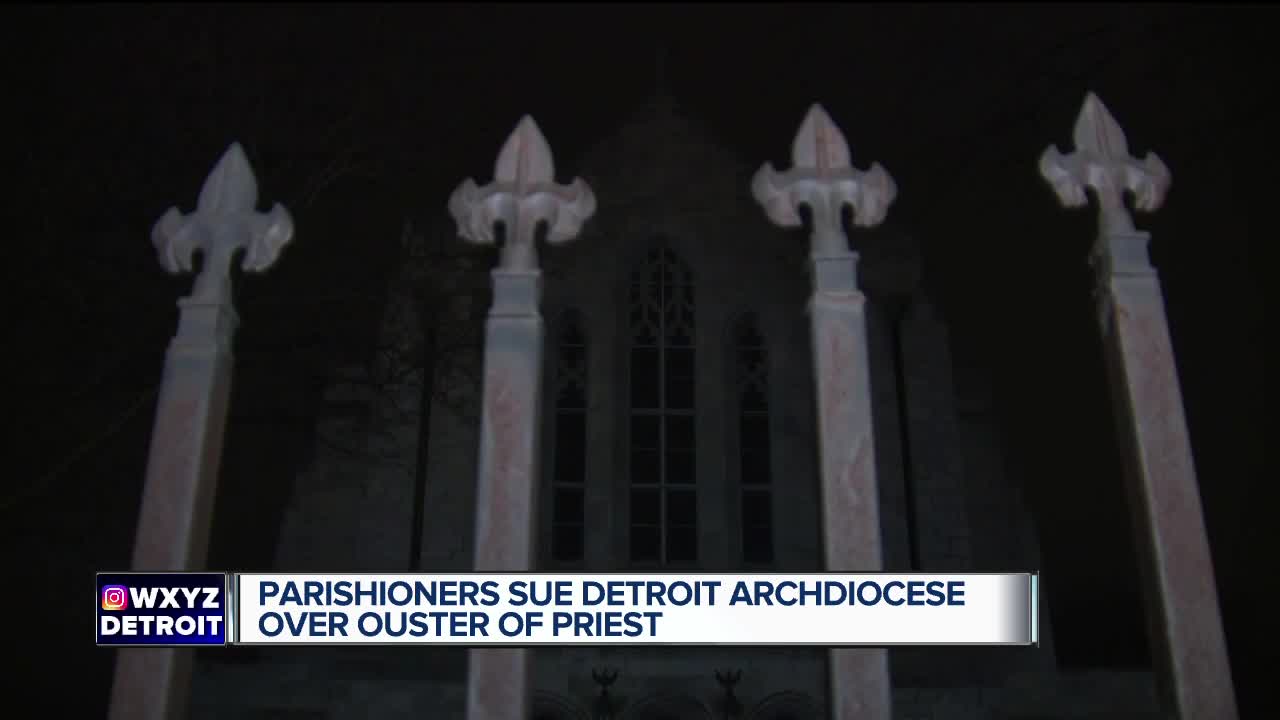 DETROIT (WXYZ) — Parishioners at Assumption Grotto Catholic Church are demanding their priest return to worship. They have now filed a multimillion dollar lawsuit against their own archdiocese.

Father Eduard Perrone was barred in July of 2019 after sex abuse allegation.

REALTED: Catholic priest restricted from ministry after 'credible allegation of sexual abuse of a minor'

"It's ridiculous," said Amy McGuckin, a parishioner and plaintiff. "Father Perrone would be the first one to say this is a heinous act that needs to stop."

The lawsuit is seeking excess of $20 million.

McGuckin and 19 other parishioners are suing for emotional distress and fraud.

Perrone, 70, has been prohibited from representing himself as a priest and barred from church activities since July of 2019. He officiate the wedding of Brien and Marie Dux.

"He was a really good friend and a spiritual leader," Marie said.

The lawsuit names the Archdiocese of Detroit, Roman Catholic Archbishop and Mike Bugarin. The lawsuit claims Bugarin is an internal sex abuse investigator for the church. The parishioners said in the lawsuit they've been defrauded.

"There's a catholic service appeal fund that the archdiocese rusn and they expect," said Christopher Kolomjec, the attorney representing the parishioners. "Every parish throughout the archdiocese contributes to these fund[s], its mandatory, it's like a tax, and that's the fund used to run the operations and programs including these investigations."

The Archdiocese of Detroit declined to comment about the specifics of the case. However, they sent their policy to 7 Action News on sex abuse investigations.

"They said there was something credible and still they have yet to produce the credible allegation," said Brien Dux, a longtime parishioner at the parish.

7 Action News will continue to follow developments in the story.

You can also contact The Archdiocese of Detroit to report sexual abuse by visiting www.protect.aod.org

$20 MIL LAWSUIT: A local priest barred from his parish after sex abuse allegations.

Father Eduard Perron has been prohibited from contact w/ members since July.

Now, a group of parishioners are suing the Archdiocese of Detroit for $20 million.@tv20detroit @wxyzdetroit pic.twitter.com/QnyFhn2PYM