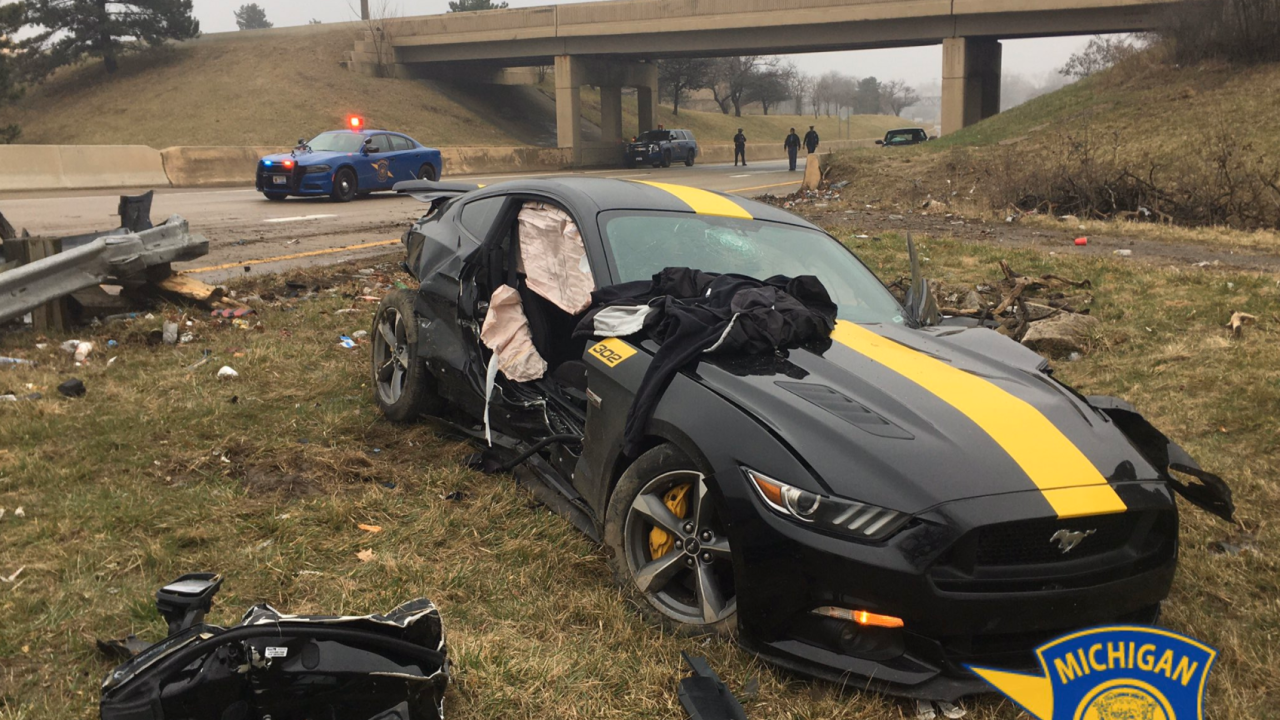 (WXYZ) — The passenger of a black Mustang died At Providence Hospital Sunday, according to a post on the MSP Metro Detroit Twitter page. Alcohol may have been a factor in the crash police say.

A preliminary investigation found that the Mustang was speeding when it lost control and rear-ended the Equinox before hitting a guard rail on the left shoulder on its passenger side door.

Final Update: Prior to the crash, witnesses stated they observed the black Mustang racing a white Mercedes (unknown model at this time) northbound M-39 FWY through to the scene of the crash. If you witnessed this vehicle or have information, please contact 248.584.5740. pic.twitter.com/a5XxhZ6M1P

The two passengers in the Equinox were checked by medical technicians on the scene and refused any further treatment.

During the investigation, troopers detected the smell of alcohol and the 63-year-old driver of the Mustang admitted to drinking, investigators say.

The 72-year-old passenger in the Mustang was initially admitted to a hospital and was unresponsive with shallow breathing. The passenger later died from their injuries.