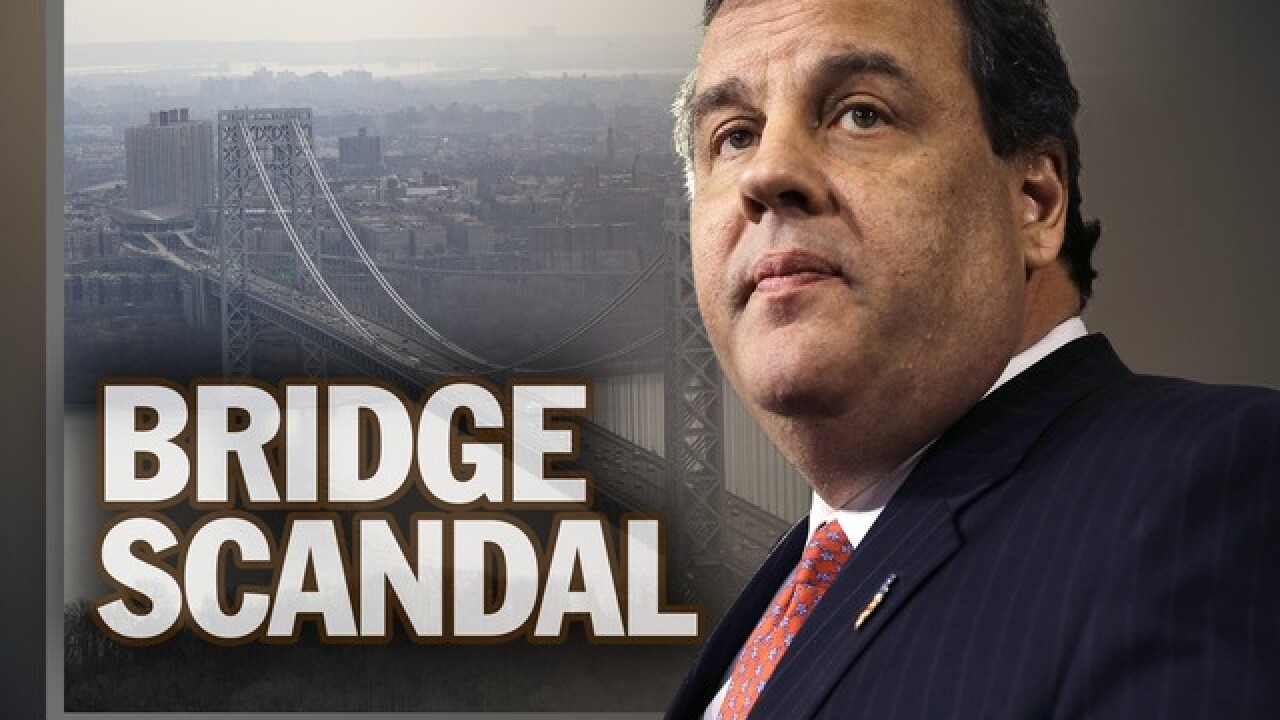 Prosecutors in the George Washington Bridge lane-closing case used their closing arguments Friday to again display for jurors the infamous email at the heart of the case as they sought to prove that two former allies of Republican Gov. Chris Christie purposely created gridlock in a political payback scheme.

Assistant U.S. Attorney Lee Cortes showed a screen to the court displaying Bridget Kelly's "Time for some traffic problems in Fort Lee" email from a month before the September 2013 lane closures.

Wildstein, the recipient of Kelly's email, testified both Baroni and Kelly were fully aware of the plot to punish Fort Lee Mayor Mark Sokolich, a Democrat whose endorsement had been sought unsuccessfully by Christie's office.

"The defendants say they were duped by David Wildstein," Cortes told jurors. "The evidence shows they knew exactly what was going on. They shared an intense commitment to the political success of Gov. Chris Christie, and they felt they could use their political positions to execute a malicious scheme to punish a local mayor. It was a cruel and callous scheme."

Baroni's attorney, Michael Baldassare, was to make his closing argument Friday afternoon. Kelly's attorney's summation and the government's rebuttal summation are scheduled for Monday. The trial is in its sixth week.

In their testimony, Kelly and Baroni sought to distance themselves from Wildstein, a former political blogger and high school classmate of Christie's who was hired at the Port Authority for a job created specifically for him. Defense attorneys portrayed him as a rank political opportunist with a lengthy history of dirty tricks.

Cortes noted Friday that the government had presented evidence that Baroni and Wildstein had talked by phone more than 2,500 times in 2013 alone.

Wildstein was "the glue" to the conspiracy, Cortes said, but didn't act alone. "They chose to work hand in hand" with him, he said. "They knew what he was capable of, and they shared the same objective. It was his idea, and he certainly had the lead role, but he needed them to pull it off."

Kelly testified that she used a poor choice of words in the email she had sent to Wildstein. She testified that "time for some traffic problems" was referring to the gridlock that would result from what she believed was a traffic study that would eventually improve traffic flow over the bridge, which connects New Jersey and New York City and is considered the country's busiest.

But Wildstein testified that both defendants were active participants in the political revenge plot and conspired to ignore Sokolich's increasingly urgent pleas for help as gridlock engulfed his town for four days.

Christie wasn't charged and has claimed he wasn't aware of the lane closures or their possible political motivation until weeks or months later. But testimony by Wildstein, Kelly and Baroni contradicted Christie's account.