People lined up to celebrate opening of Primanti Bros. in Taylor 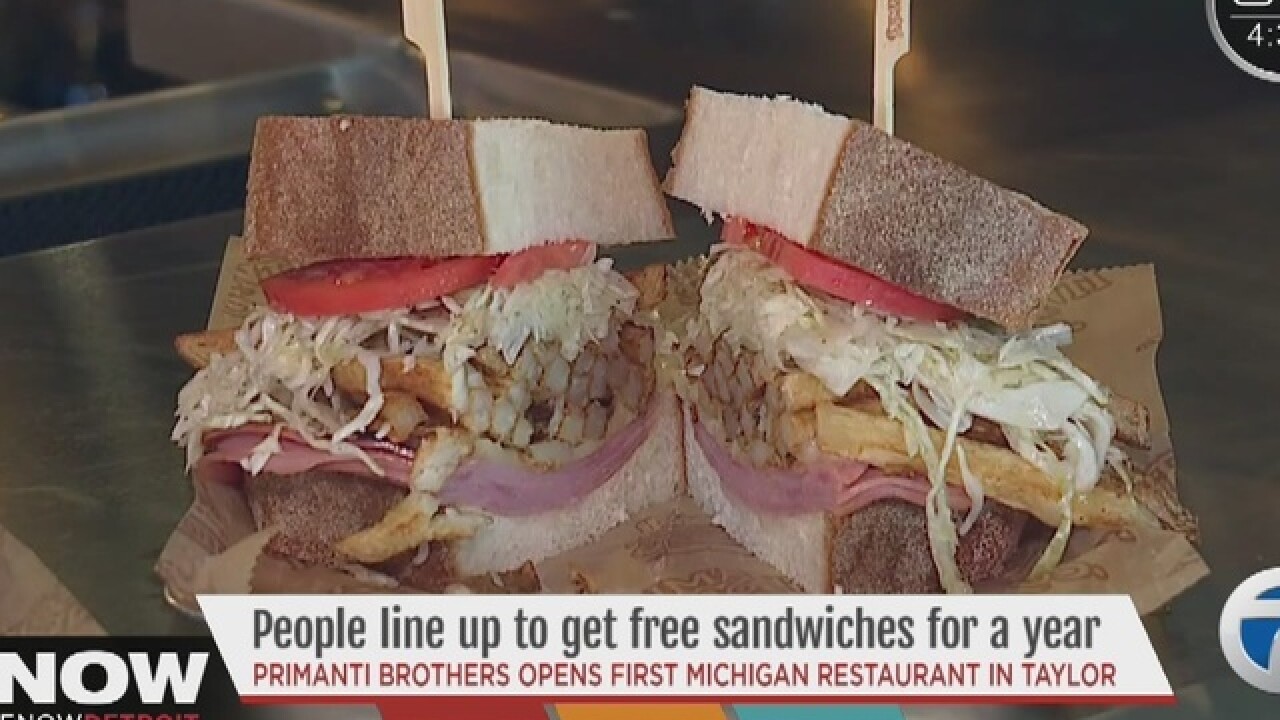 Dozens of people waited in line overnight to get free sandwiches for a year!

Nancy was the first person in line, waiting since 11 p.m. Tuesday.

The first 100 people waiting outside the restaurant would be part of the promotion.

More than a dozen people didn't get there in time, so the restaurant decided to give them vouchers too, making the total... 115 lucky customers!

Primanti Brothers is a Pittsburgh-based restaurant. They show off their hometown pride mixed in with local nods.

The are famous for their signature sandwich!

"Two pieces of Italian bread, there is grilled meat, melted provolone cheese," Ryan Wilkinson, the Director of Marketing for Primanti Brothers, said.  "And then what really makes us special, we put a handful of fresh cut French fries and a house recipe, sweet and sour slaw and two tomatoes on every sandwich."

Folks, like Janie Hubbard, liked the idea of free food.

"Because I haven't had one of their sandwiches before and I didn't have to go all the way to Pittsburgh for it so it was worth the wait," she said.

Hubbard is a self proclaimed foodie and says time flew by.

"It's been fun, fabulous," she added. "I met neighbors and everybody out here has been friendly and they've been keeping us busy."

Folks danced and snacked on samples from the restaurant, like Jonathan Slusarczyk.