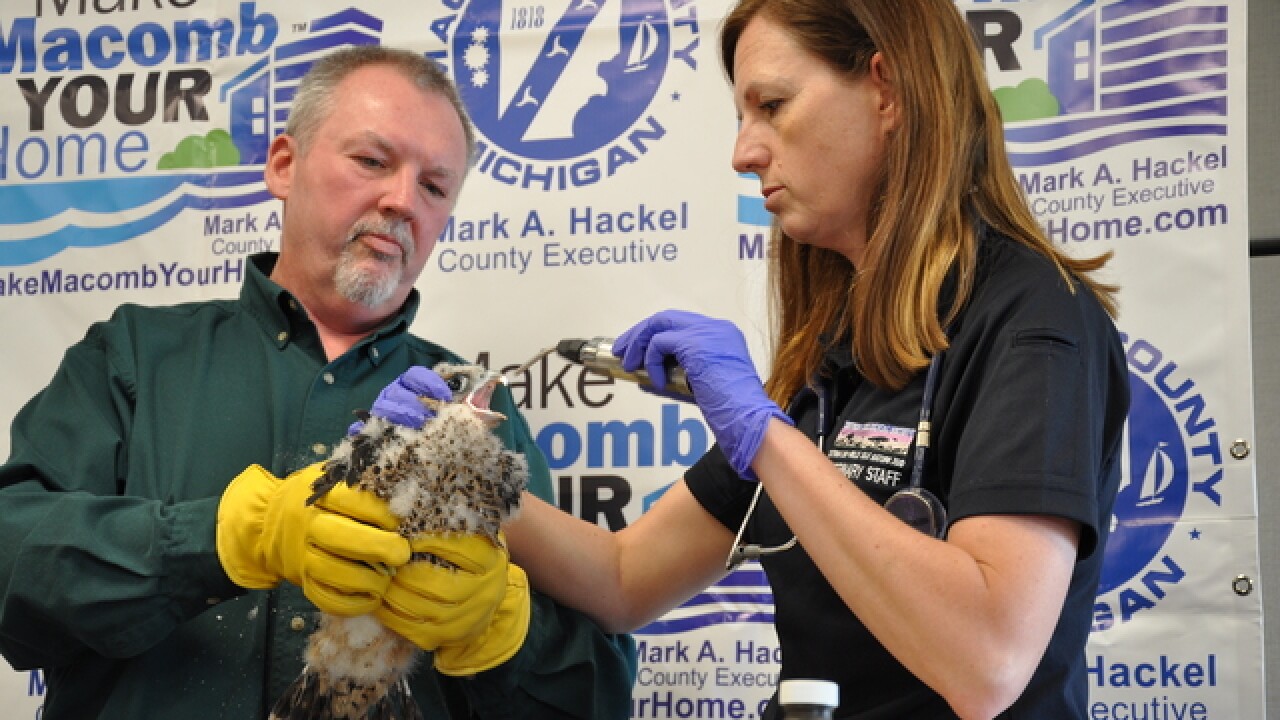 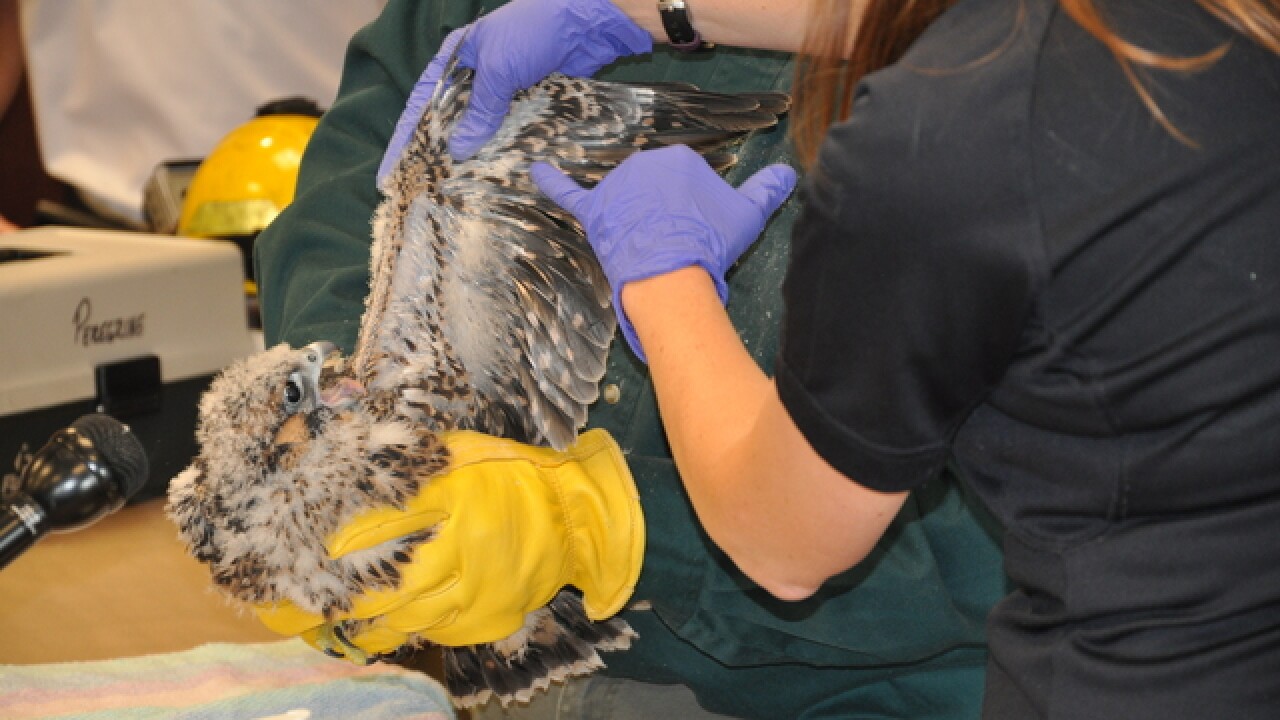 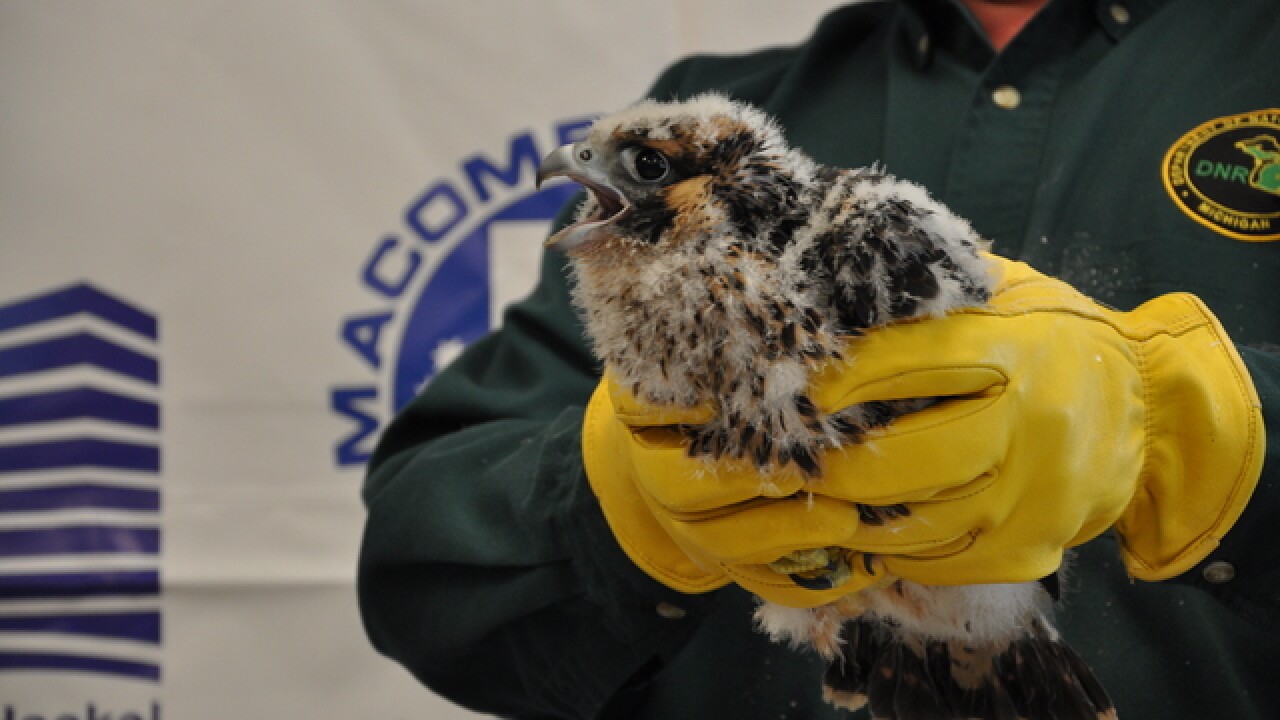 A Peregrine Falcon hatched on top of the Old County Building in Macomb on May 15. Out of five eggs in the nest, only one hatched.

The falcon was named and banded by Macomb County Executive Mark Hackel and representatives from the Michigan Department of Natural Resources and Detroit Zoo.

The female chick was named Grace, in honor of educators and after Hackel's first-grade teacher Grace Hice.

"My first-grade teacher had a tremendous impact on me," said Hackel, who attended Warren Consolidated Schools as a youth. "I'd like to thank those teachers of public education and hope they have a great summer."

Perengrine Falcon's are still listed as an endangered species under state law and are federally protected under the Migratory Bird Treaty Act.