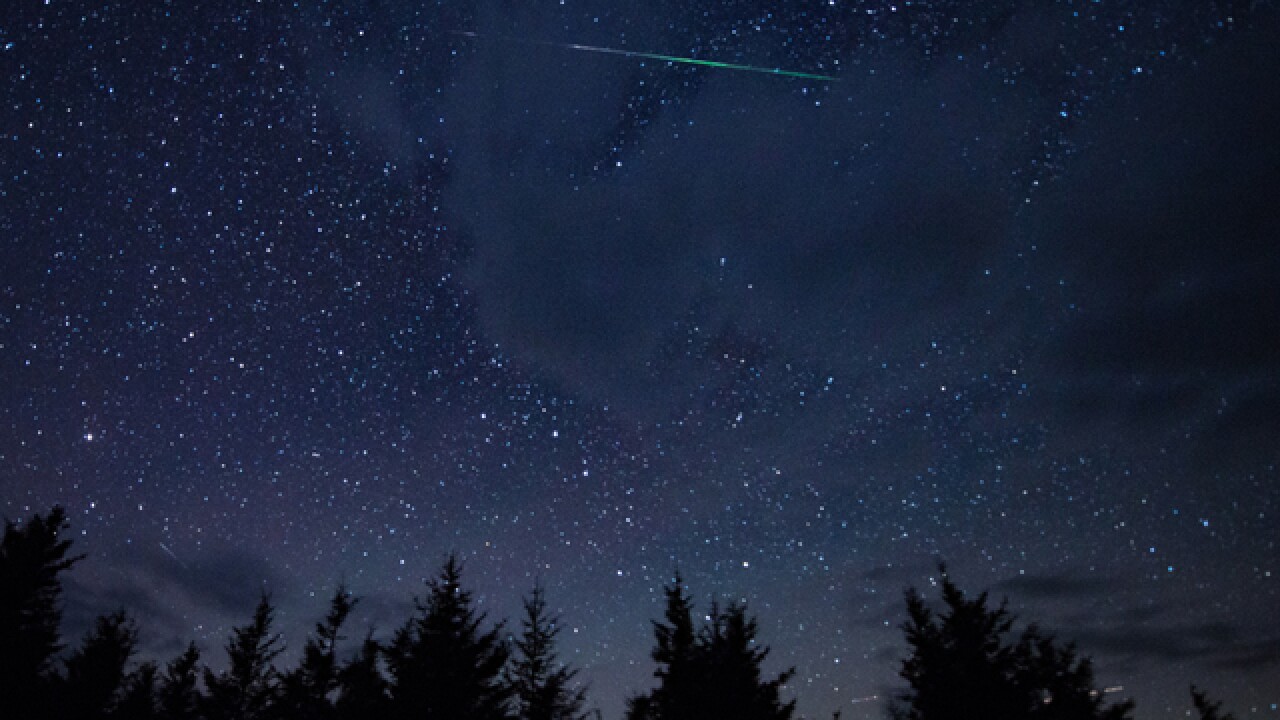 (WXYZ) — The Perseid meteor shower peaks on Tuesday night and overnight into Wednesday, with the best viewing possible for the shower.

According to NASA, the Perseids are best seen between about 2 a.m. local time and dawn.

NASA reports that the moon rises around midnight, so the brightness will affect peak viewing, but about 52% should still be visible.

At peak, NASA said there could be 15-20 meteors per hour, but because of the moon, it's down from over 60 per hour.

"If those hours seem daunting, not to worry! You can go out after dark, around 9 p.m. local time, and see a few Perseids. Just know that you won’t see nearly as many as you would had you gone out during the early morning hours," NASA writes.

They are also holding a NASA Meteor Watch Facebook starting at 9 p.m. Tuesday and continuing