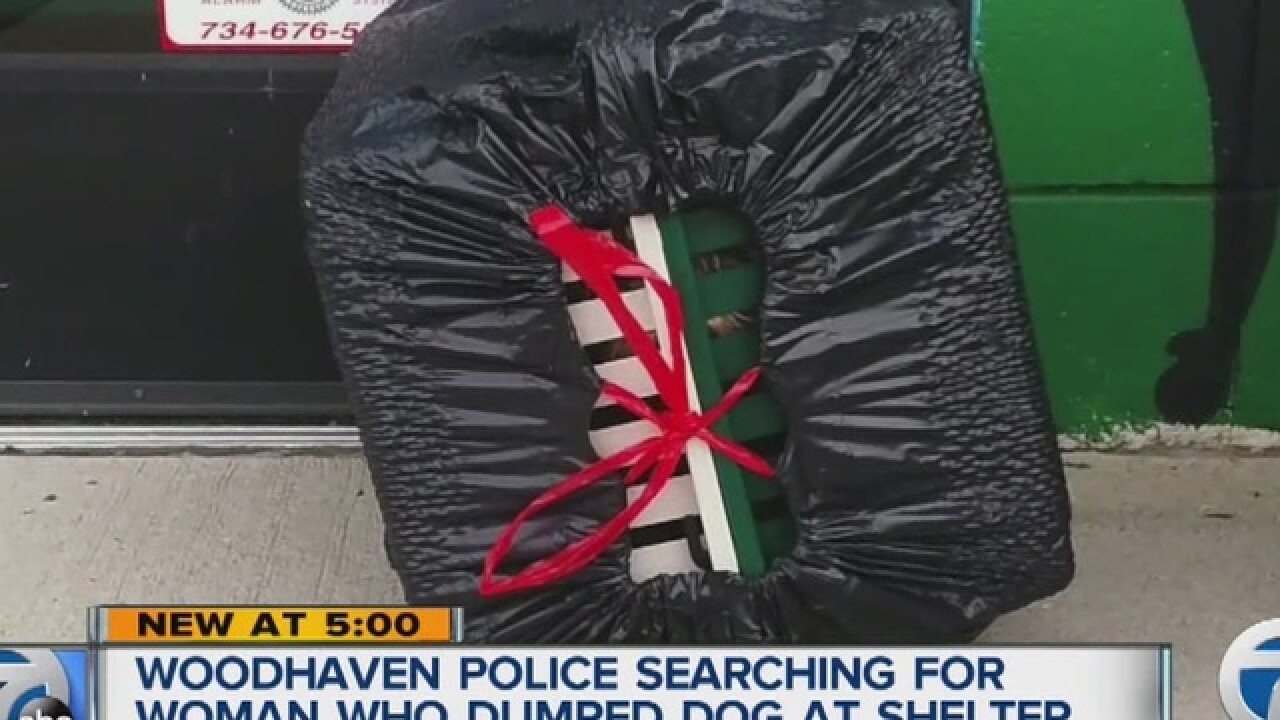 On Sunday, June 26, a 2-year-old Yorkshire terrier was discovered outside of a Woodhaven animal shelter.

Security video revealed a woman drove up in a white 2013 Lexus RX SUV and left the dog on the shelter grounds.

See our original report below.

The dog was locked in a cage, wrapped in a black plastic garbage bag and then left sweltering in the 90 degree heat.

The animal was found the next day by an employee with a leg injury, fleas and a matted coat.

PETA is now offering a $5,000 reward for anyone who can provide information that leads to the arrest of the person responsible for this crime.

"It takes a dangerous lack of empathy for someone to lock a dog in a cage wrapped in plastic and leave her to suffer from heatstroke or endure a slow, agonizing death by suffocation," said PETA Vice President Colleen O'Brien in a news release. "PETA urges anyone with information about this case to come forward immediately, before anyone else gets hurt.”

The dog, renamed Gladys, is now being cared for by a local rescue group.

Police are investigating, but have not made any arrests yet.

Anyone who knows anything about this incident is urged to contact the Woodhaven Police Department at 734-675-4909.