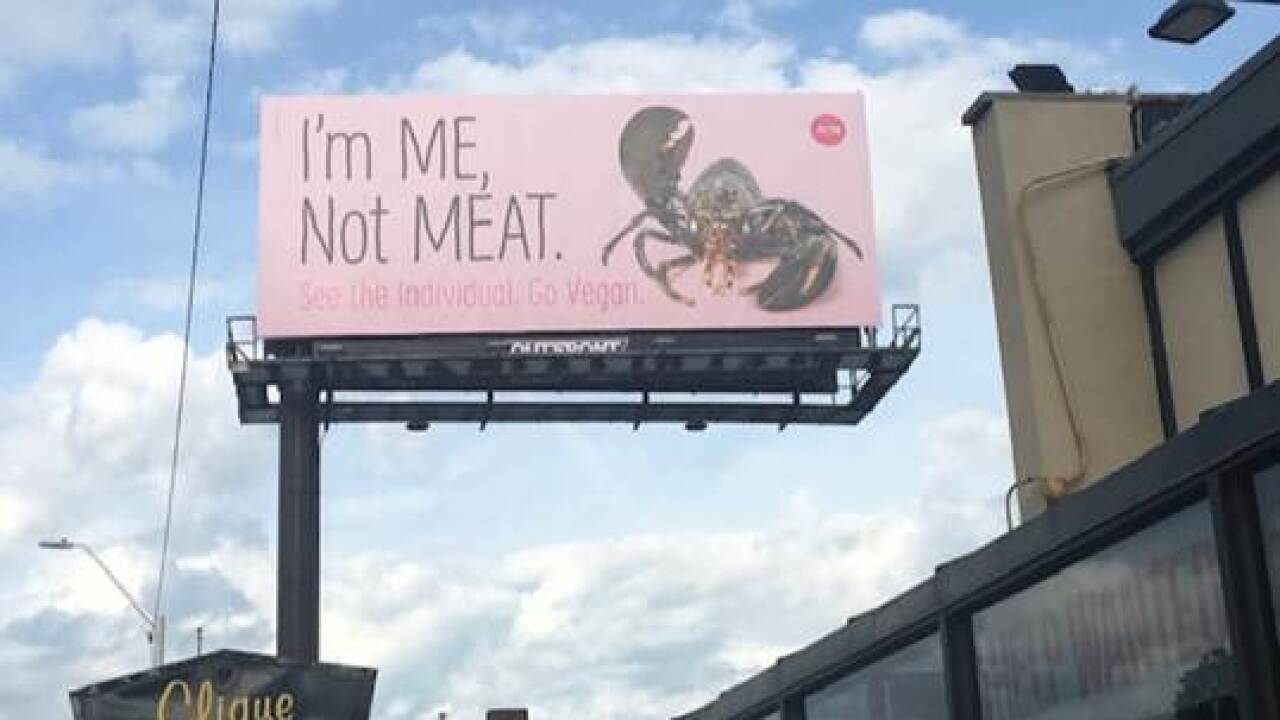 DETROIT (WXYZ) — PETA, also known as People for the Ethical Treatment of Animals, is sending a message to those planning to attend The Great American Lobster Fest in Detroit's Hart Plaza this weekend. That message is to not eat crustaceans.

The billboard reads, "I'm ME, Not MEAT. See the Individual. Go Vegan."

"Just like humans, lobsters can feel pain and fear, have unique personalities, and value their own lives," PETA Executive Vice President Tracy Reiman said in a statement. "PETA's billboard encourages people to avoid cruel events that celebrate the slaughter of animals and to show animals kindness simply by choosing vegan meals."

The billboard is up at 1334 E. Jefferson Ave, which is just under a mile from where the lobster fest is happening.

The Great American Lobster Fest is Sept. 13, 14 and 15, and is the Midwest's largest Lobster and Seafood Festival. It's the second year the festival has been in Detroit.