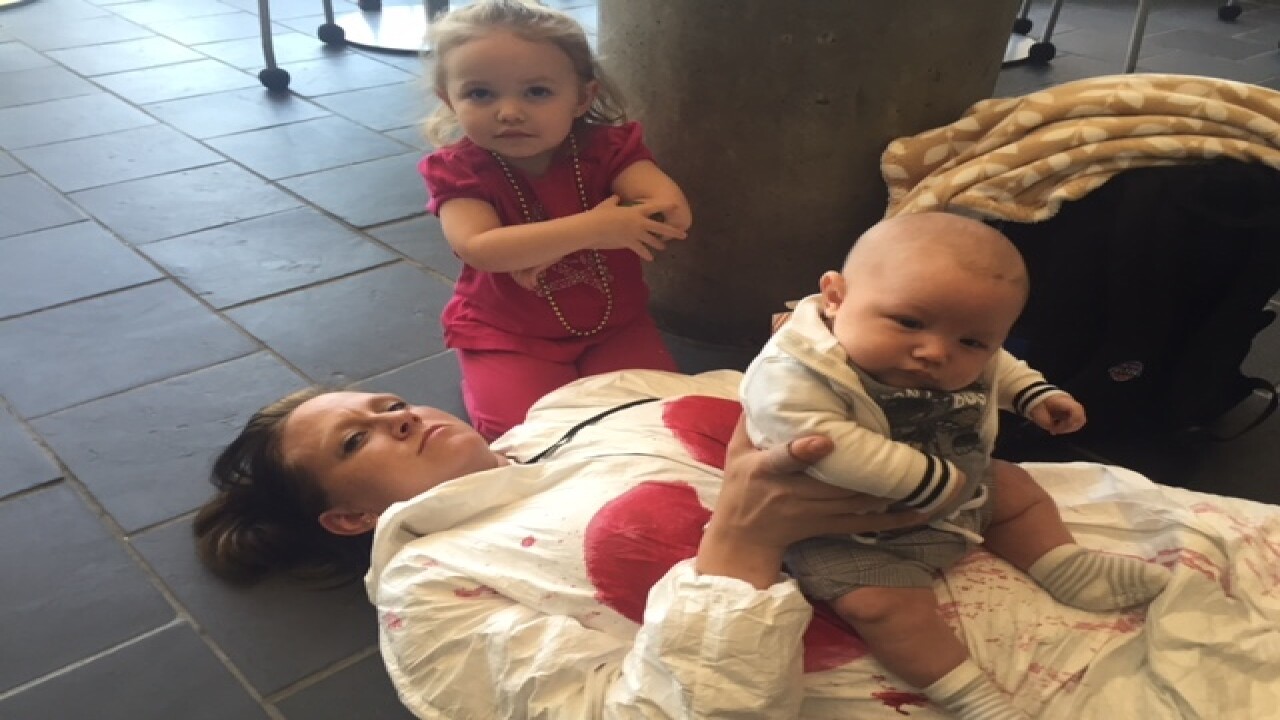 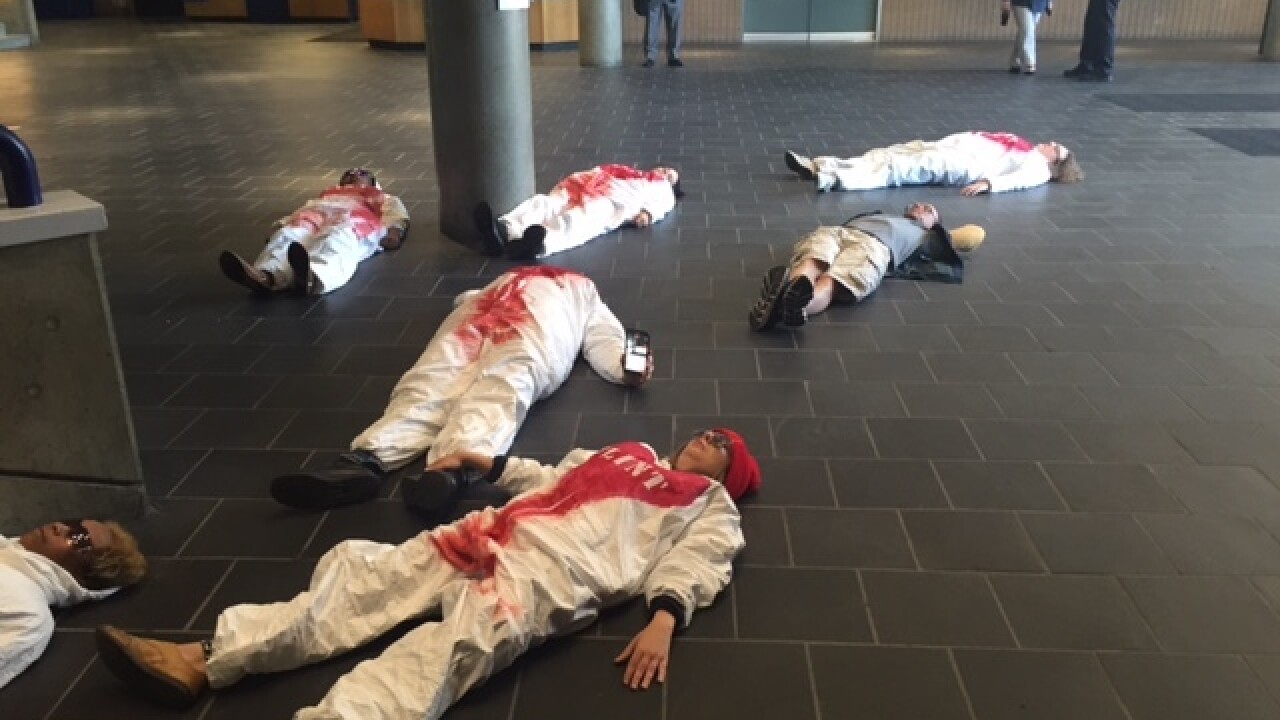 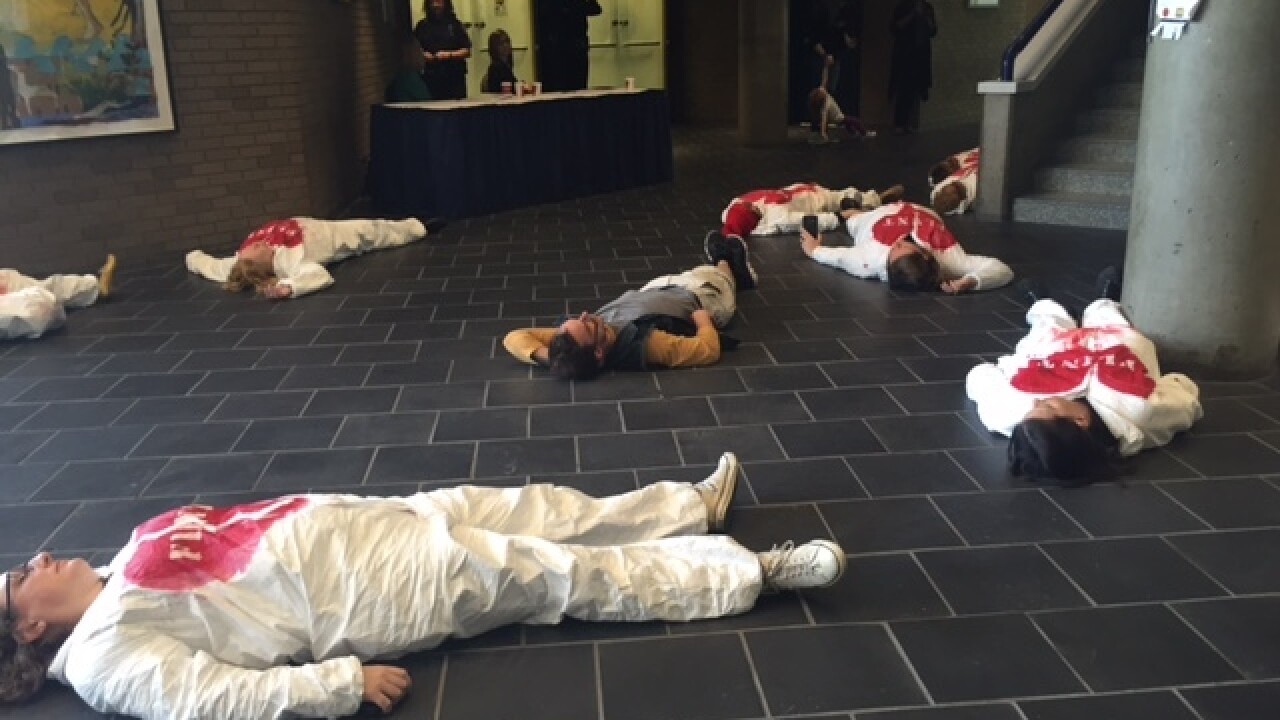 Flint residents upset over the handling of the Flint water crisis staged a "die-in" outside of a meeting involving Gov. Snyder on Friday morning.

At the end of the meeting, Snyder was also expected to make a special presentation.

7 Investigator Jim Kiertzner was at the meeting and saw the residents staging the "die-in" outside. They told him they are upset because they are not allowed in the meeting where their future is decided.

According to the governor's office, the committee was established in January to "facilitate the collaboration and communication between state department, local governments and subject matter experts to effectively coordinate a response and recovery effort" for the Flint water crisis.