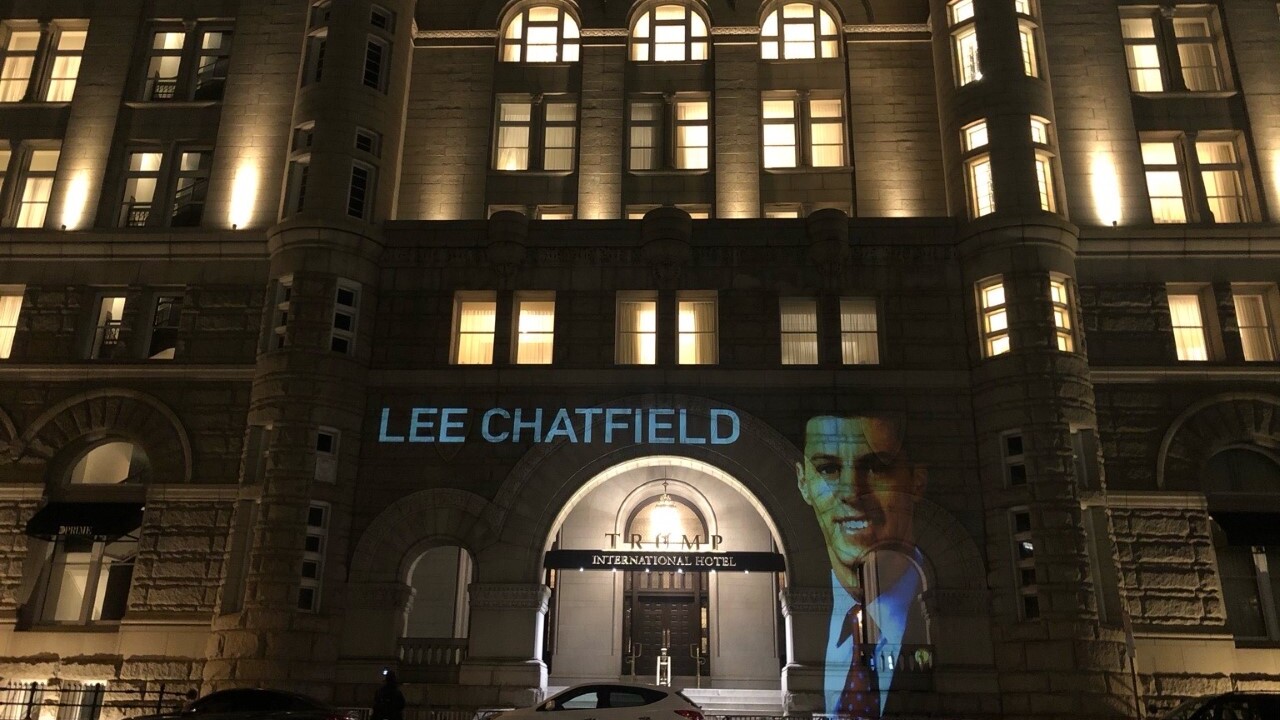 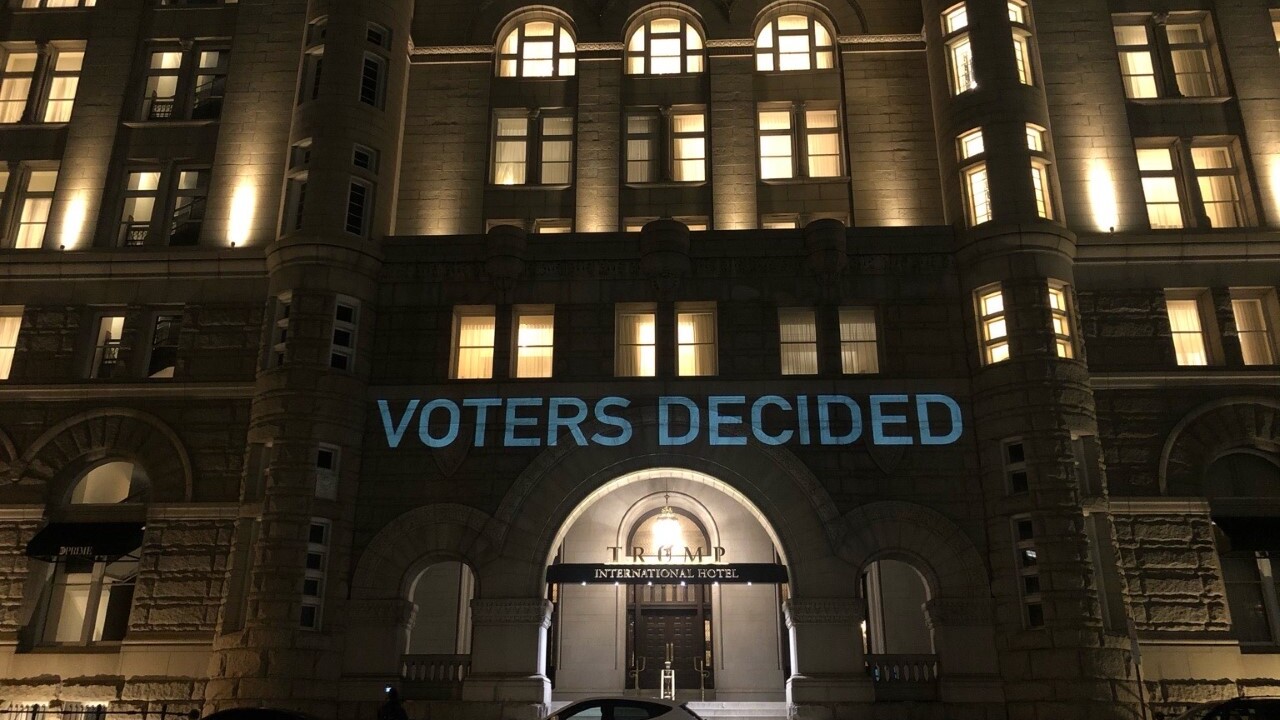 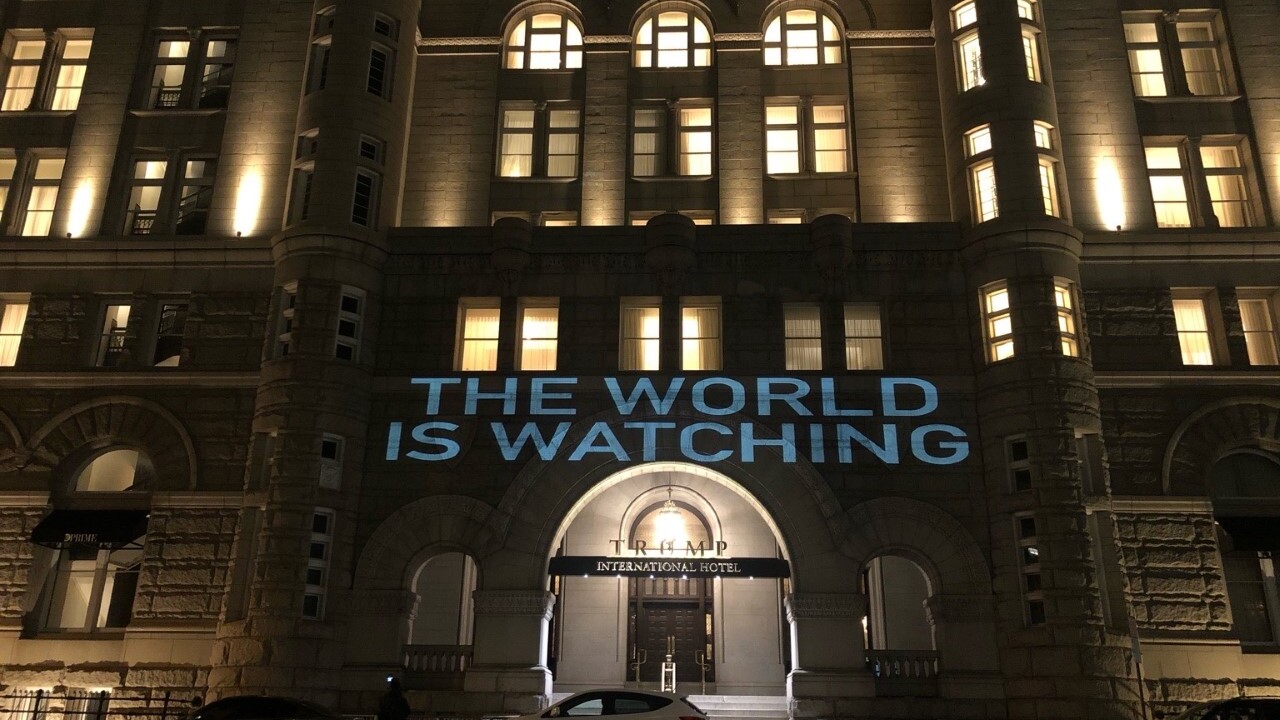 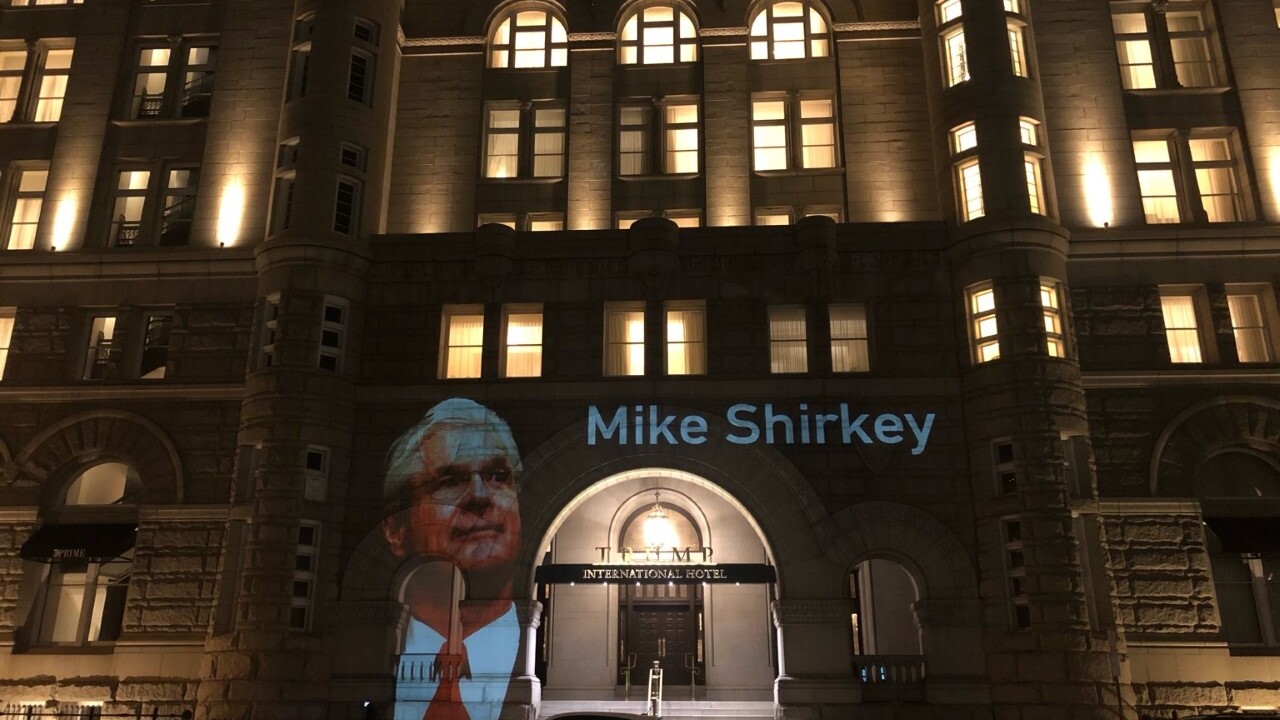 (WXYZ) — In the wake of Senate Majority Leader Mike Shirkey and Speaker of the House Lee Chatfield's visit to the White House, someone is projecting their pictures onto Donald Trump's Washington, DC hotel.

The Trump International, which is located in the old Post Office building in the nation's capital, has seen similar protests since Trump took office.

The pictures feature both Shirkey and Chatfield's pictures and say Voters Decided and The World is Watching.