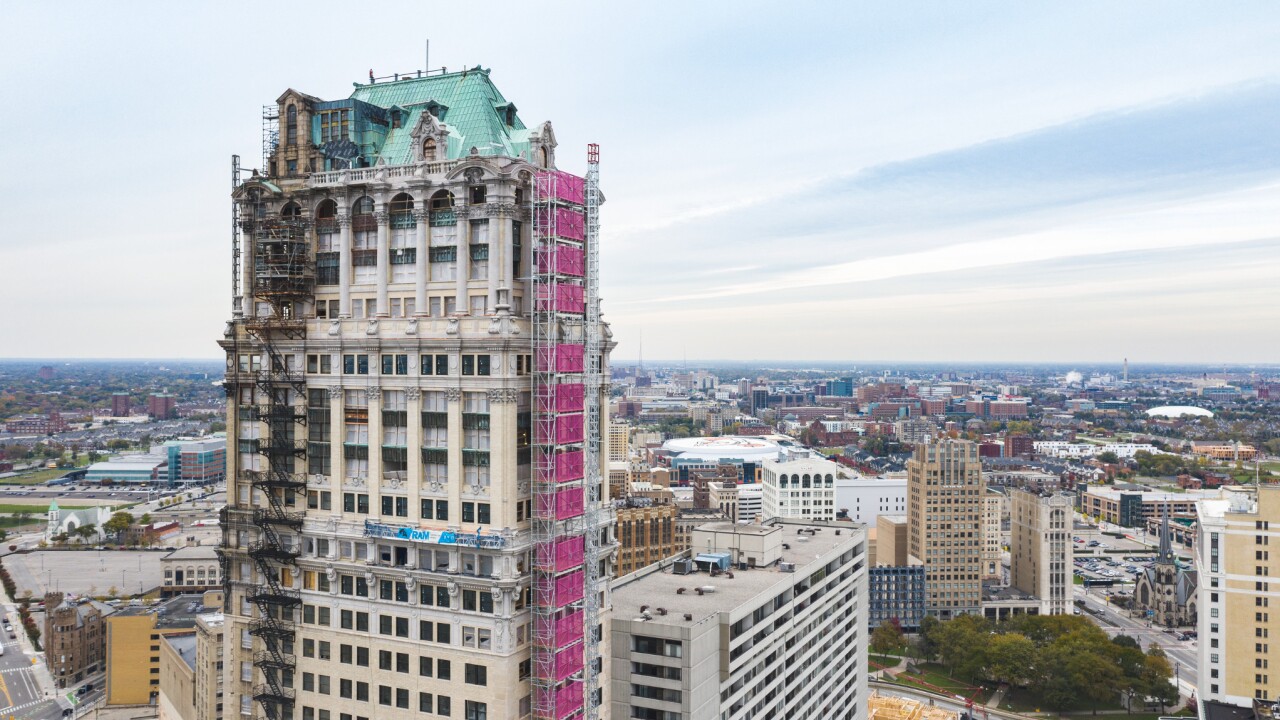 DETROIT (WXYZ) — More than two years after Dan Gilbert and Bedrock Detroit announced plans to invest $2.1 billion in four Detroit buildings, we're getting a better understanding of what one of those projects, the Book Tower, will look like.

According to Bedrock Detroit, New York-based design architecture firm ODA has been chosen to work on the 486,7600-squre-foot structure.

Restoration on the building's exterior was recently completed, which included replacing 2,483 historically-accurate windows and the ornamental cornice complete with caryatid statues.

Plans for the building include residential, hospitality, retail and office space in the 38-story building, Bedrock said.

“The Book Tower has been an iconic part of Detroit’s skyline for nearly a century, and throughout the meticulous exterior restoration process it became clear we needed to partner with an architect that understands how to leverage modern uses in a way that preserves the unique historic details that has endeared this building to Detroiters for generations,” said Melissa Dittmer, Chief Design Officer at Bedrock. “We are excited to work with ODA to add to the momentum on Washington Boulevard, which is already home to thriving local businesses and a well-established residential community with destination dining and hospitality options.”

ODA will also work on the neighboring Book Building, which Bedrock said will include entertaining spaces on the roof.

“The objective is to add a forward-looking mixed-use program to Detroit’s growing downtown that will meet the needs of businesses, visitors and residents alike. Bedrock has been an important catalyst, understanding the important role that architecture plays in the systemic evolution of cities," said Eran Chen, founding principal of ODA. “Restoring, designing and engineering the conversion of a legacy structure requires the utmost reverence for the remarkable history of the Book Tower, but also the vision and ambition to deliver a civic hub that complements the movement happening in Downtown Detroit."

According to ODA, they plan to have retail, galleries, restaurants and cafes on the first floor with open sight lines to Washington Blvd. and Grad River.

The public can also check out the building on the Book Tour on Saturday, Sept. 7 as part of Detroit Design 139. For more information, click here.