Species a target for county leaders 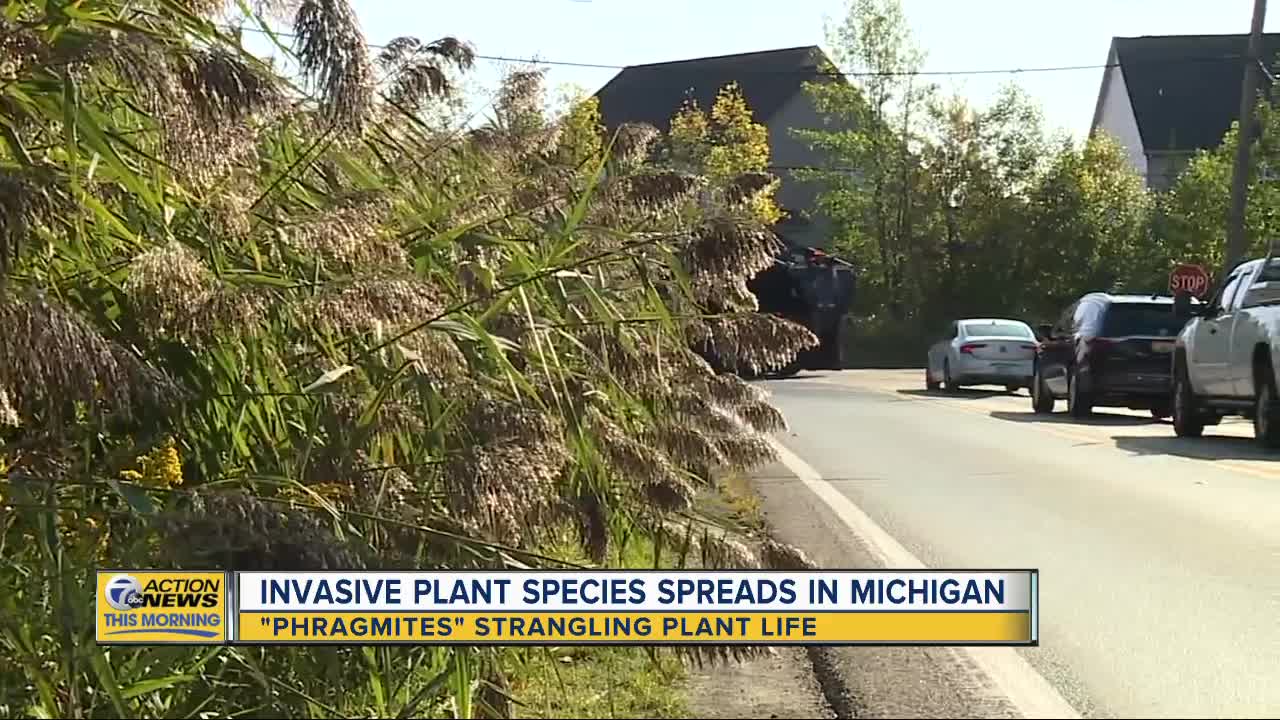 Mow them, burn them or poison them — phragmites seem to keep coming back to bug homeowners and local leaders alike.

It’s one of the growing problems in Oakland County that you’ve likely never heard of, but have unknowingly witnessed them take over roads and backyards alike.

Phragmites are a tall, aggressive reed that’s been taking over drainage ditches across Michigan at an increasing rate. In Oakland County, there’s a group called CISMA working to spray herbicides on a number of the worst areas in an attempt to control the growth, but like many invasive species they have few native predators in Michigan which is allowing them to grow out of control and choke out other plants in the process — it also destroys habitats for native animals.

“It outcompetes other things that are present there,” said Erica Clites, the Oakland County CISMA coordinator. “There are more and more phragmites and less of whatever was there, and eventually you get a situation where you have all phragmites and nothing else.”

The problem has grown to become an issue for many, including the Road Commission of Oakland County.

This year the county will chip in $70,000 to fight phragmites, bringing the total to roughly $300,000 over the past four years. The issue for roads? Drainage ditches are flooding regularly because of the overgrowth, as phragmites die off the reeds stay as new ones grow nearby causing water to flood into roadways.

That means money typically use for patching is now being spent on fighting an invasive species.

“Our main focus has always been pavement condition, traffic congestion and pot holes,” said Craig Bryson, the director of the Road Commission of Oakland County. “So this is above and beyond that, not something that traditionally is our main focus but has an impact.”

While the county is working with a number of municipalities, the CISMA is hoping to work with private landowners. Phragmites spread easily through the win, on equipment when people try to cut them down or even when the seeds get on boots.

Clites told 7 Action News that when they began working with parks in the area they could remove the phragmites, but they’d be tracked right back in.

In some parts of the state there are burning programs to clear the phragmites, those who live near Harsens Island are no stranger to the blackened sky when hundreds of acres are burned — but in Oakland County the goal is to use herbicides to control the growth and remove them during the colder months.

Homeowners can help by identifying the phragmites and contacting the CISMA for instructions, or potentially help. You can get ahold of them by reaching out to them online.

Those who try to manage the phragmites themselves are warned that they often grow back quickly — if you do mow them, Clites suggests cleaning your equipment to prevent the spread of more phragmites on your property.

Small bits of the plant can lead to rapid growth, so she said burning them after you’ve removed them is helpful — but if you can’t do that, covering them is helpful. If you label them in a bag you are allowed to throw them out in the trash.

For help identifying invasive species like phragmites, you can also use the Midwest Invasive Species Information Network app which is downloadable on your phone, here.