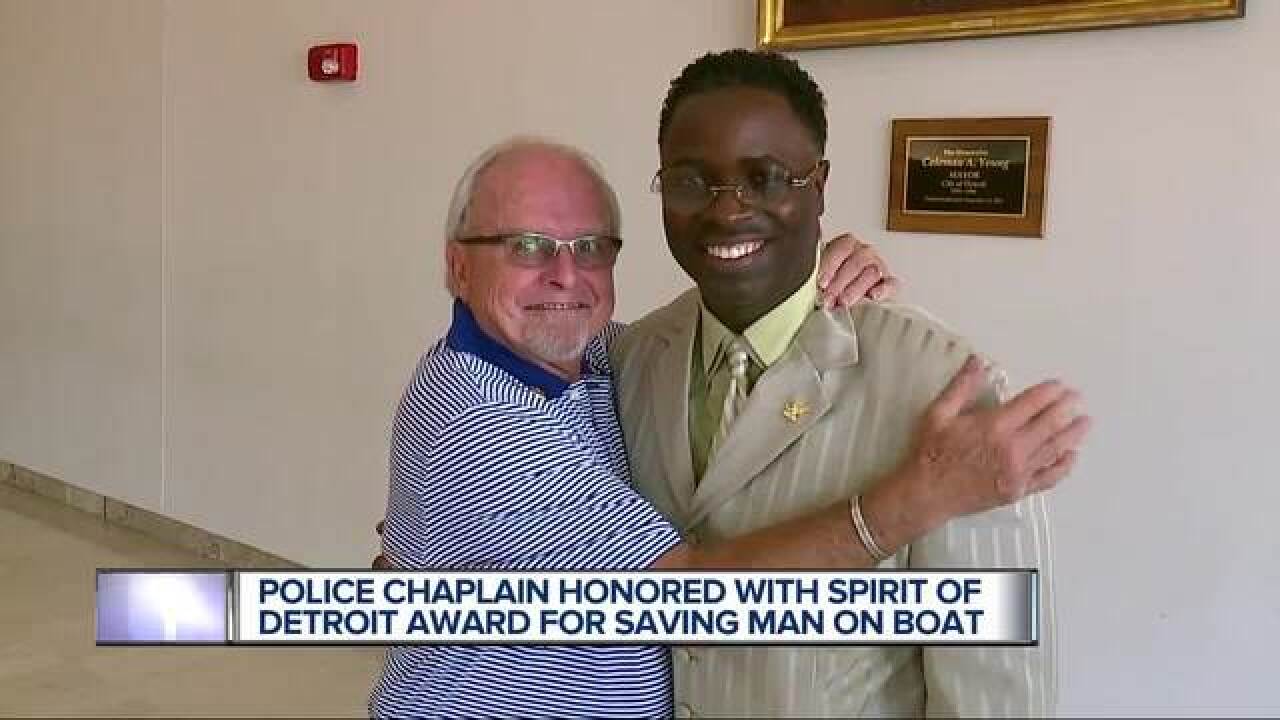 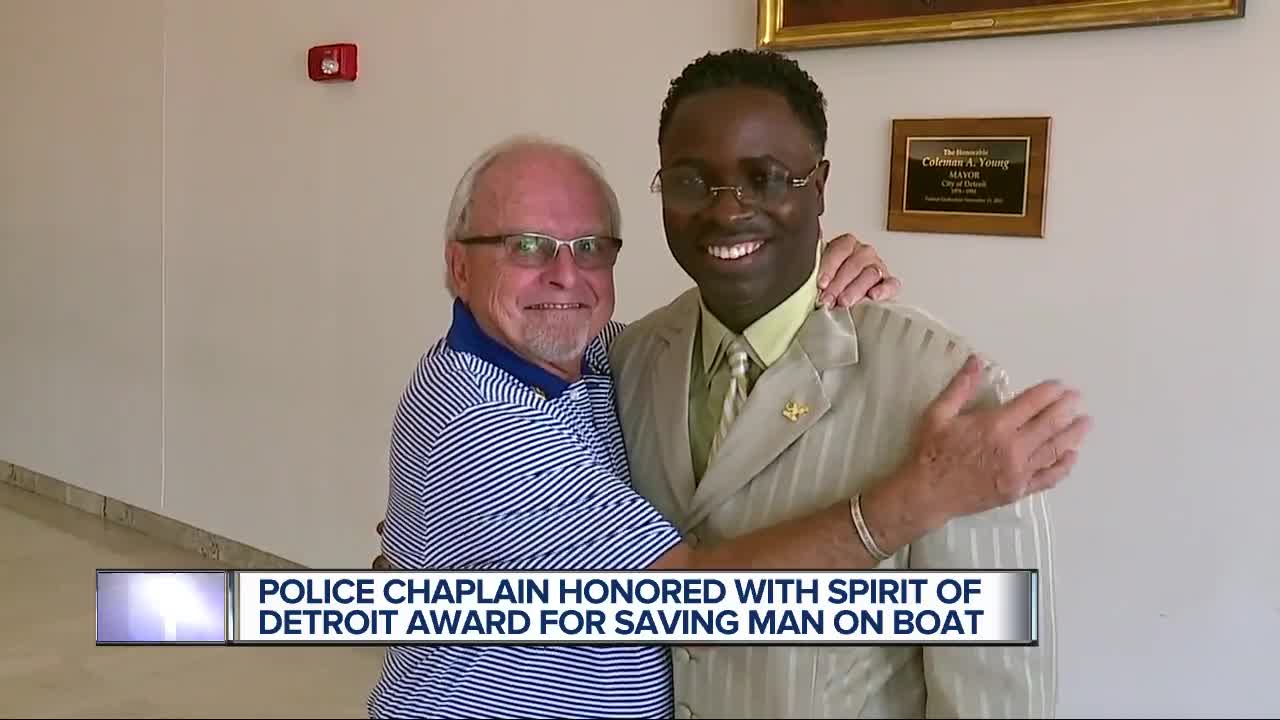 When a man started having seizures and stopped breathing aboard a Detroit riverboat, a police chaplain, who happened to be aboard jumped into action, saving the man’s life.

Now, the chaplain has been given the Spirit of Detroit award.

Richards was visiting Detroit on July 21 from Fort Wayne, Indiana. He and his family decided to lunch aboard the Detroit Princess Riverboat.

While the boat was still docked, Richards started having seizures.

“Not having a pulse, not having a heartbeat and he wasn’t breathing,” Wyckoff said.

He was enjoying the lunch with his wife and other friends before he jumped into action to save the 72-year-old’s life.

While he performed chest compressions, Richards’ daughter cried to the chaplain saying, “Please save my daddy’s life. Don’t let my daddy die.”

Also aboard the Princess that day was Councilman Roy McCalister Jr.

He witnessed the heroic act and presented Wyckoff with a Spirit of Detroit award. Wyckoff credits his CPR trainer with the police academy and the officers at Precinct 11.

“They run to situations when people run away from situations,” he said. “He told me, ‘Hey you need to pay attention because you may one day be the one to save somebody’s life.'”

Richards is so glad Wyckoff did.

“Grateful to this man and we’ve got a bond now that will probably never be broken,” said Richards, with tears in his eyes.