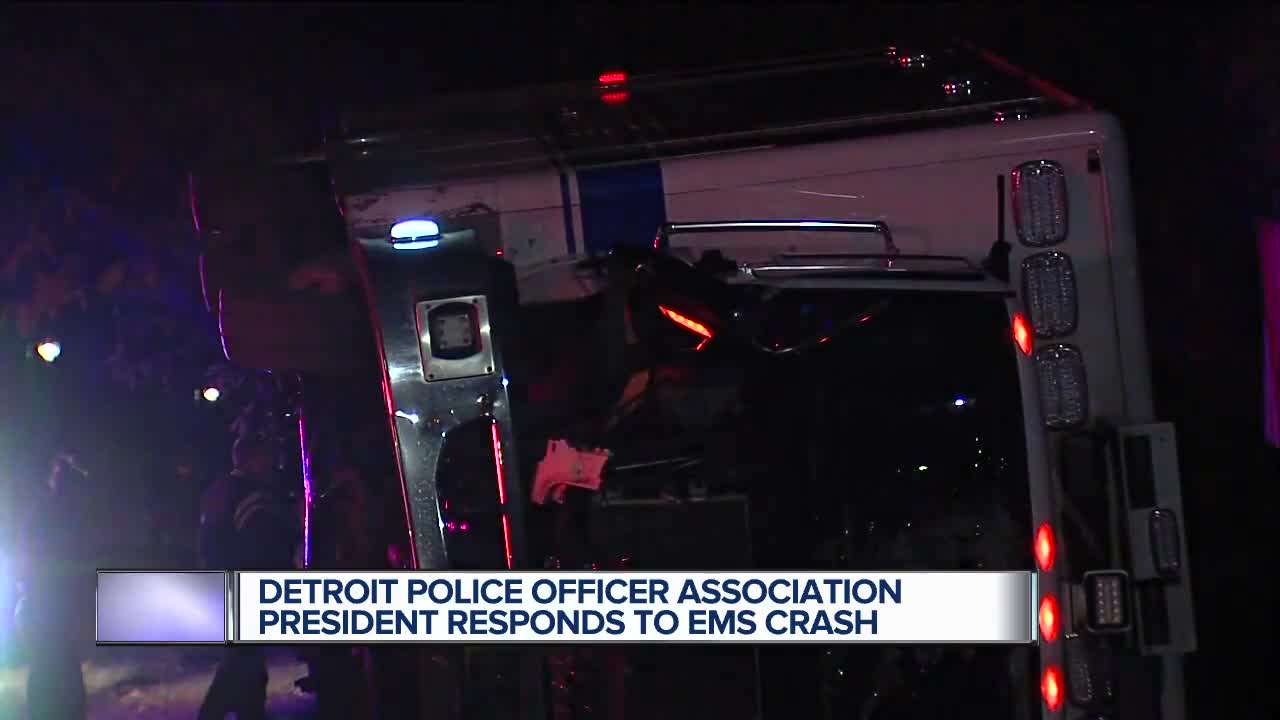 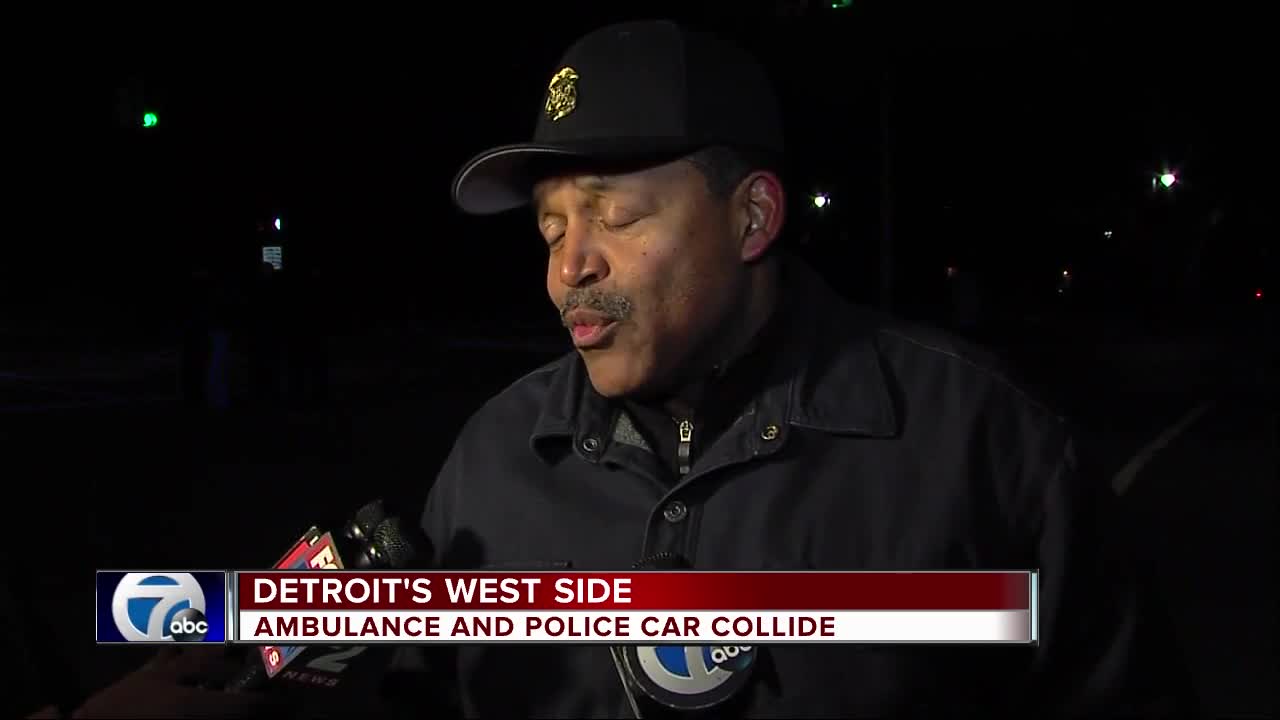 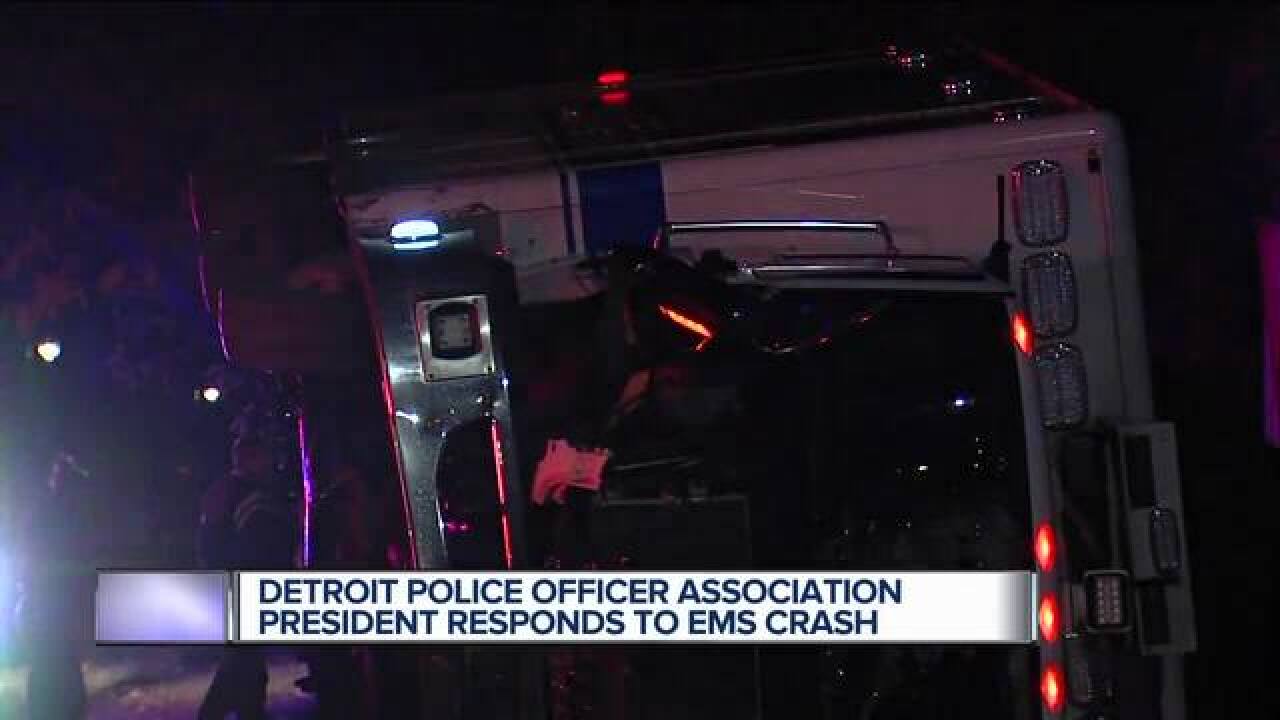 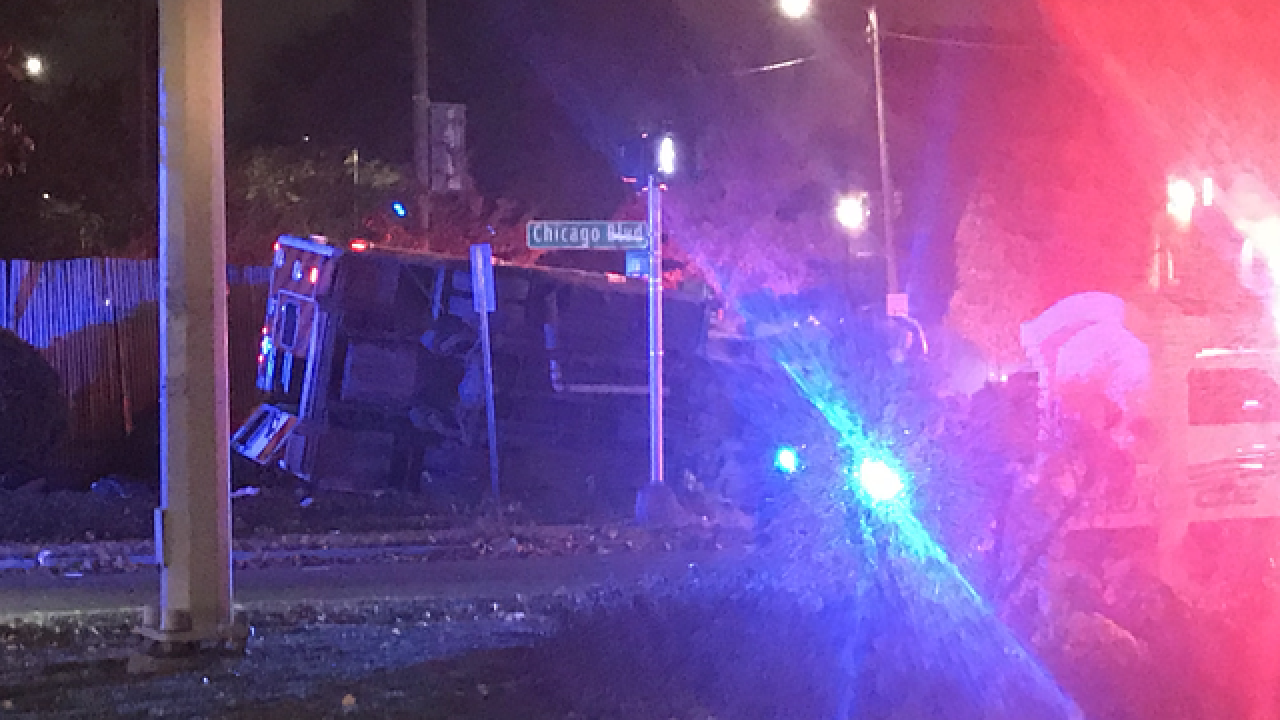 Four first responders and one civilian are recovering after a crash involving a Detroit ambulance and a police car on the city’s west side.

It happened Saturday night near Linwood and Chicago Boulevard. Investigators say the vehicles collided as they were responding to separate calls and the police car ended up hitting a house. Inside of the EMS truck was also a civilian who was rescued from a fire. Capt. Darrell Patterson of the Detroit Police Department said investigators are working to figure out how the crash happened.

“The EMS vehicle was turned over on its side,” Patterson said, adding, “The Detroit police vehicle ended up crashing into a dwelling, the front porch of a dwelling. No one inside of the dwelling was injured.” Patterson said crews needed to use the Jaws of Life to remove both the ambulance driver and the police officers from their car.

Police say everyone involved in the crash is listed in temporary serious condition.