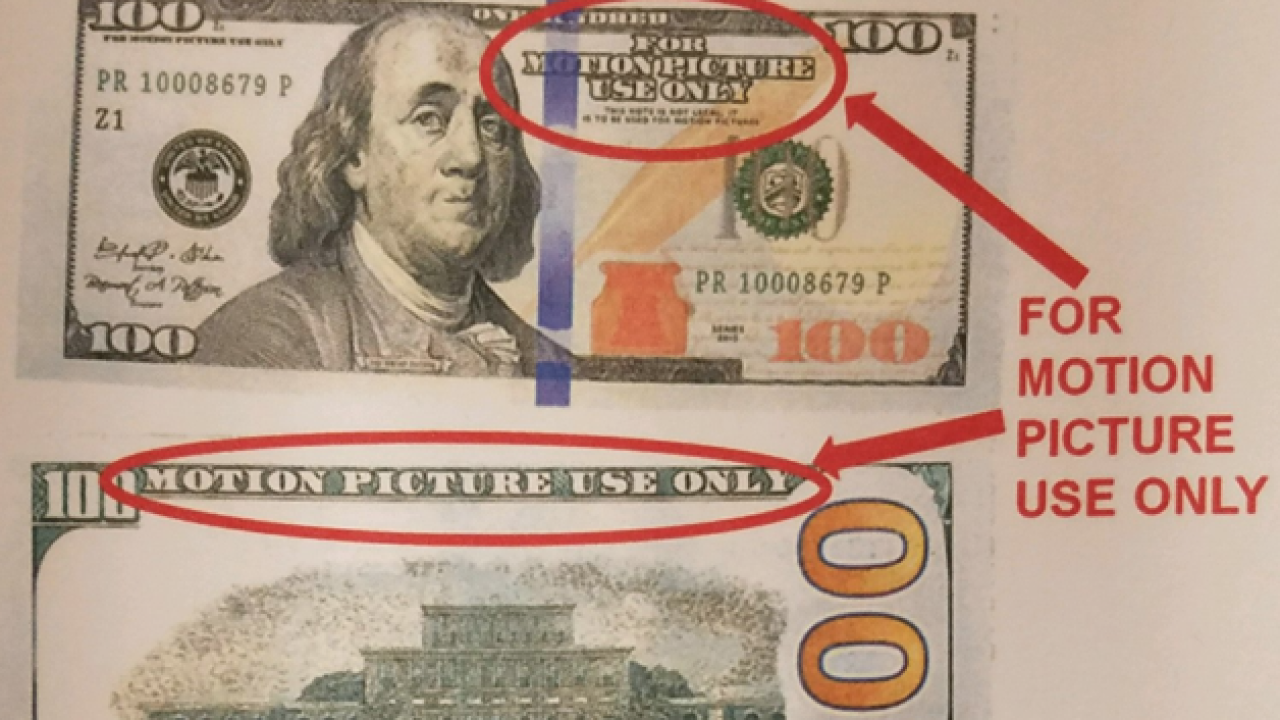 Shelby Township police are issuing a warning to the community regarding the circulation of "funny money."

Police say in a Facebook post that fake money is making the rounds again. The department has received reports of the bogus bills being passed around at places like busy restaurants.

According to police, the bills look real at a glance and feel like actual money. All it takes is a few seconds browsing the internet and a long list of fake $100 bills are for sale on sites like eBay.

"As you know you can get anything on the internet, well this is not something people should be getting and trying to pass around the area," Chief Robert Shelide, Shelby Twp. Police Department.

"It's damaging to our entire system, our entire way of life here in America built on trust in that dollar bill. If people violate that and counterfeit it, it corrupts the entire system."

One of the biggest differences, the printed text which reads "for motion picture use only."

Police want business owners to be aware of what to look for when it comes to payment.