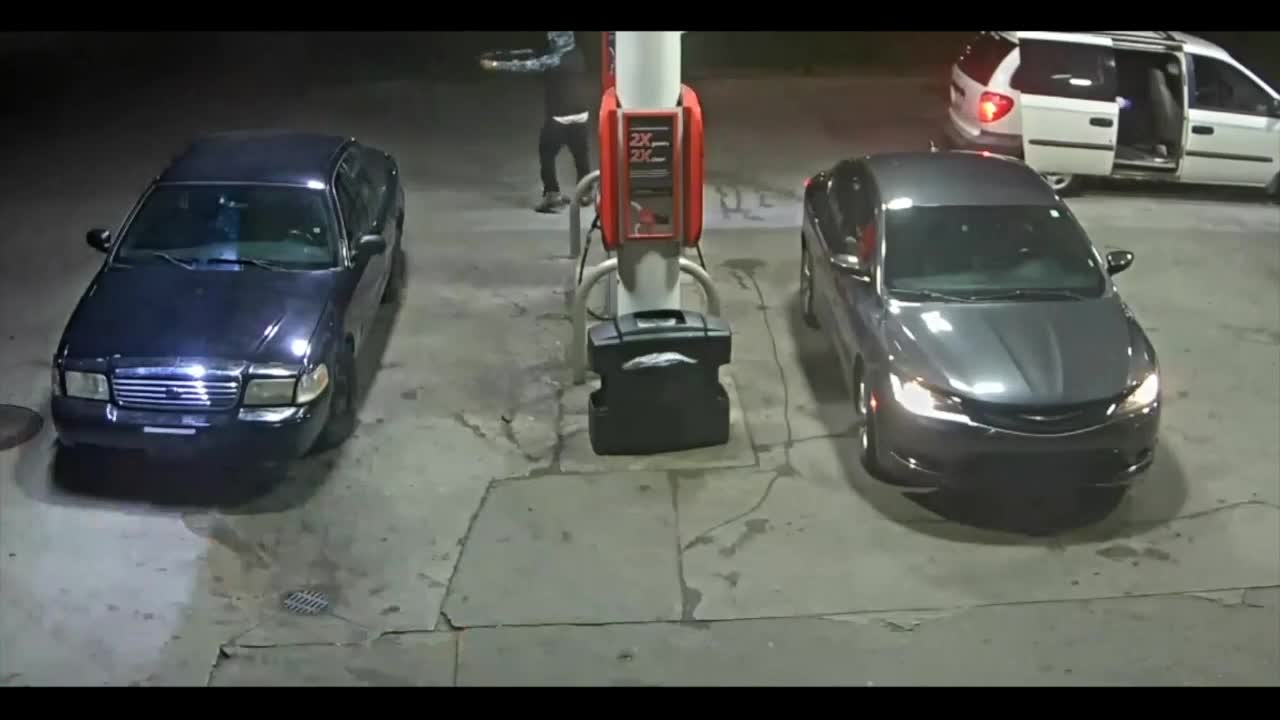 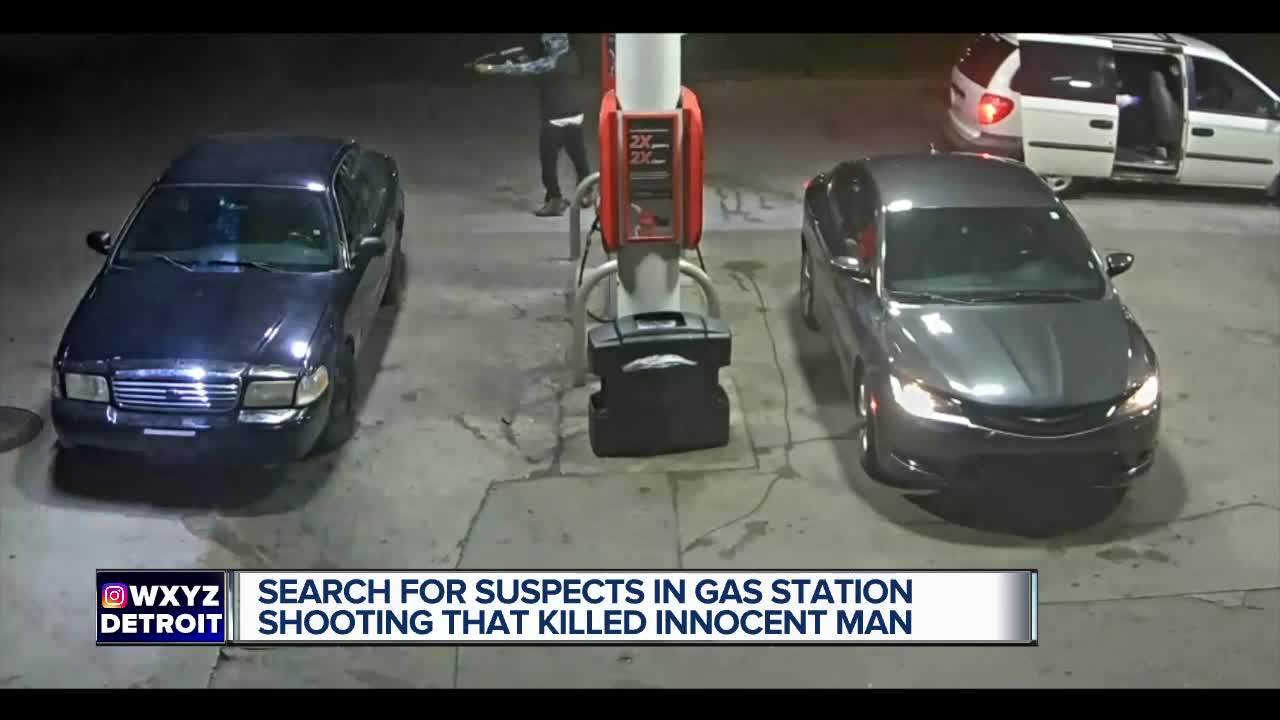 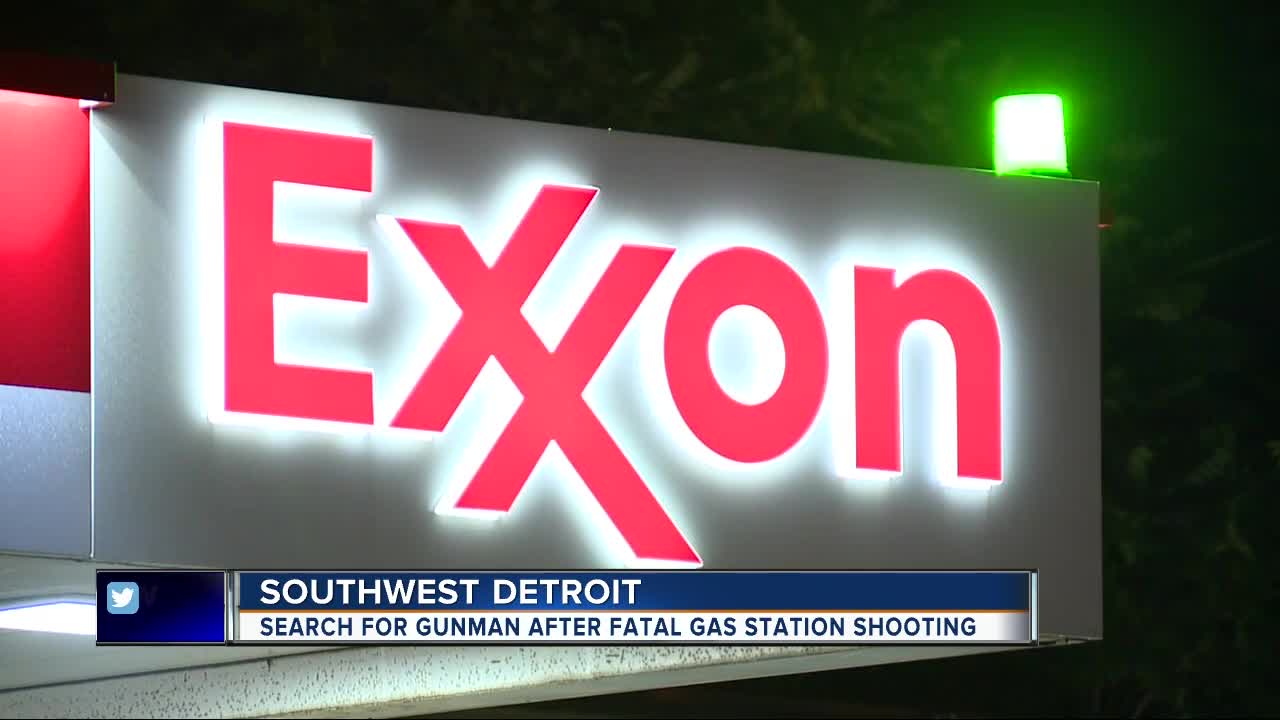 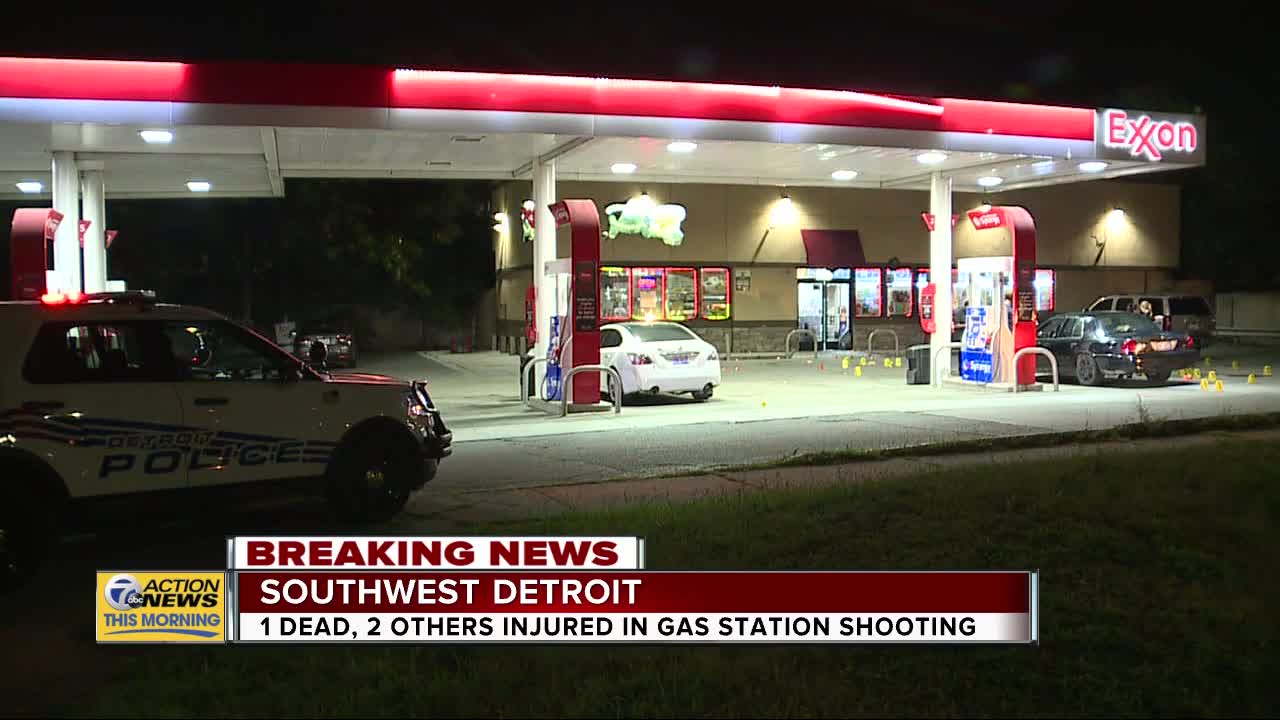 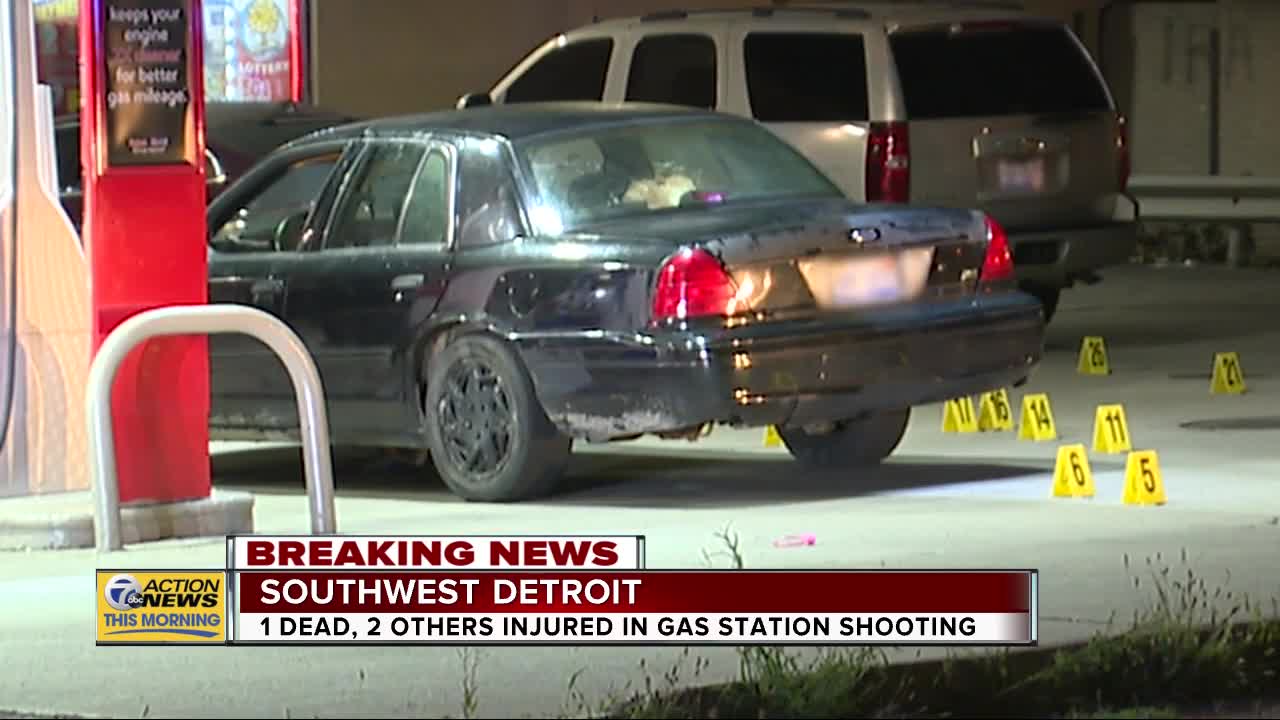 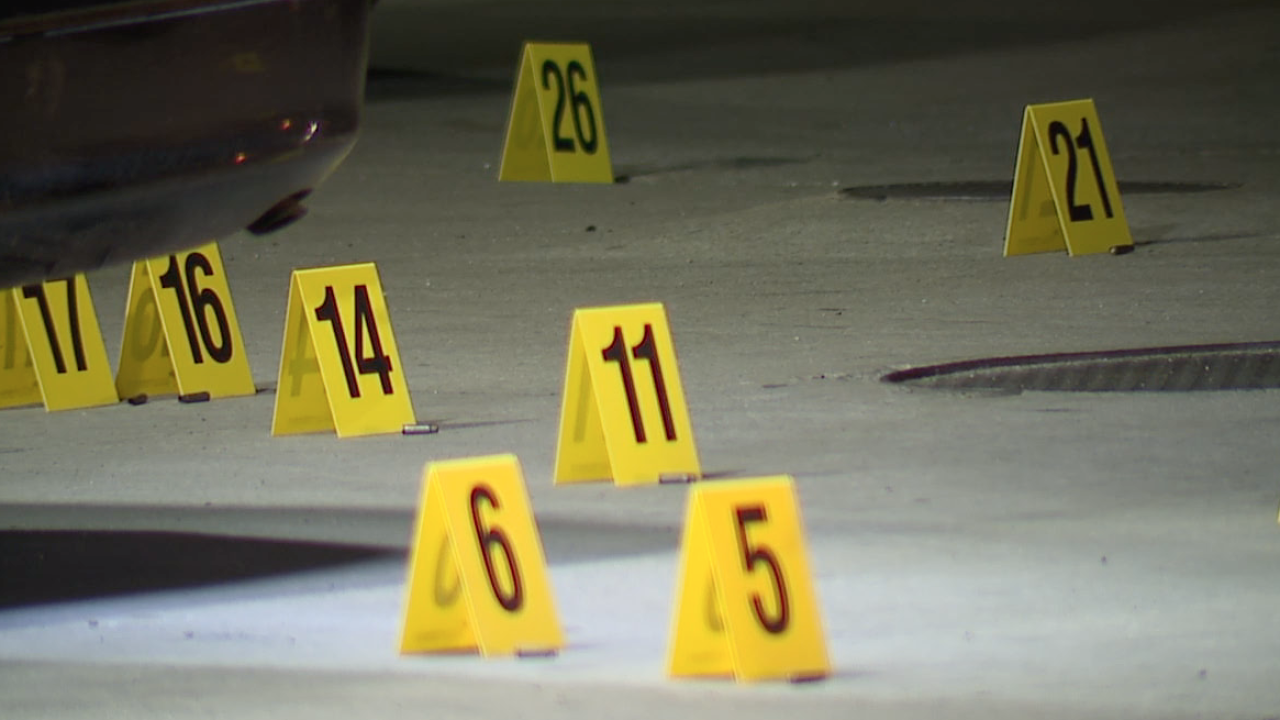 DETROIT (WXYZ) — Police are investigating two people shot during an incident at an Exxon gas station in Detroit.

The shooting happened shortly before midnight at the gas station located on 1781 S. Fort Street.

According to Detroit police, a black Ford Taurus entered the parking lot of this Exxon gas station around 11:30 Thursday night.

Police say a white Dodge Caravan was following then started firing at the Ford Taurus. The shooter's face was covered with a ski mask.

#BREAKING: video from gas station that left one dead one injured this morning on Detroit’s southwest side. @detroitpolice asking for people for help identifying the van and alleged shooter @wxyzdetroit https://t.co/94XrxfzyNC pic.twitter.com/G0LKSpdc9Q

It was a bystander who was shot and killed while walking out of the gas station after making a purchase, police confirm. The 46-year-old was shot several times and died at the hospital.

We have identified the innocent man shot and killed as 46-year-old Ray Baker, Jr. He used to live in southwest Detroit but had moved to Port Huron. He was a single man.

Assistant Police Chief David LeValley says this was a gang-related attempted execution, that the killers' targets were the two people they followed into the gas station.

LeValley says surveillance video shows one man with his face covered fired with an assault rifle with a high capacity magazine spraying out some 40 shots. Others inside the van also fired shots. Police are still searching for the older white Chrysler minivan and the people inside.

The two inside the car they targeted sped off and saved their own lives. The 26-year-old female was shot in the leg, the 26-year-old male had a cut on his hand from flying glass. LeValley says they are not cooperating.

It was originally reported by police that three people were shot, but they have updated that number after determining the man had a scratch and not a bullet graze.

There are green light cameras at the gas station.

Anyone with information can call Crimestoppers anonymously, 1-800-SPEAK-UP