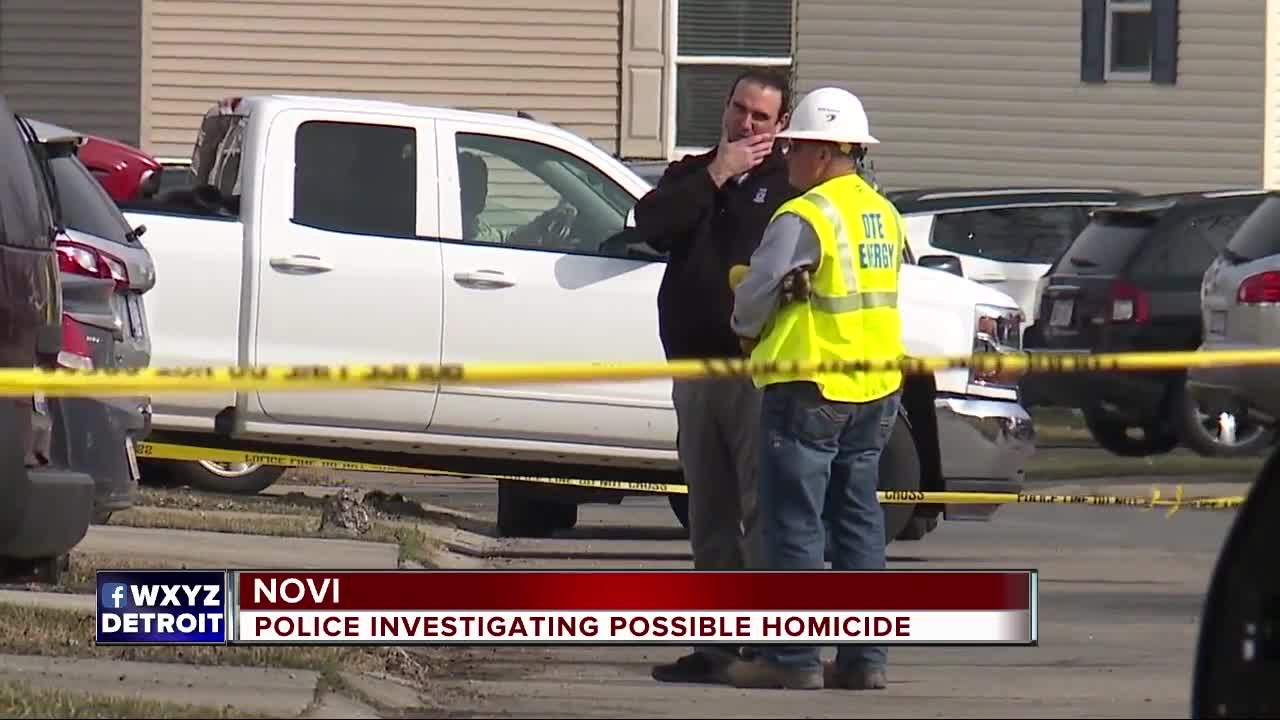 NOVI (WXYZ) — Novi police are investigating a potential homicide after a 21-year-old woman was found dead in her home.

Officers were called to a home on the 29000 block of Rousseau Drive in the Oakland Glens Mobile Home Community around 4:20 Sunday morning.

The neighborhood is located just off 13 mile and Novi Roads.

According to police, the victim was pronounced dead at the scene, and her injuries indicated a possible homicide.

Police said a 6 or 7-month-old baby was found alive in the home; they were transported to a hospital for medical treatment. Police have not released information on the infant's injuries.

"There was some screaming going on around like four o’clock in the morning," said neighbor Bethany Craft.

Michigan State Police were also on scene Sunday, assisting in the investigation.

The scene was blocked off for several hours Sunday as investigators gathered evidence.

An autopsy will be performed on the 21-year-old victim by the Oakland County Medical Examiner's Office.

The woman's identity has not yet been released.

If anyone has information regarding this incident, please contact the Novi Police Department at 248-348-7100 or Crime Stoppers at 1-800-SPEAK-UP. Tips can remain anonymous.