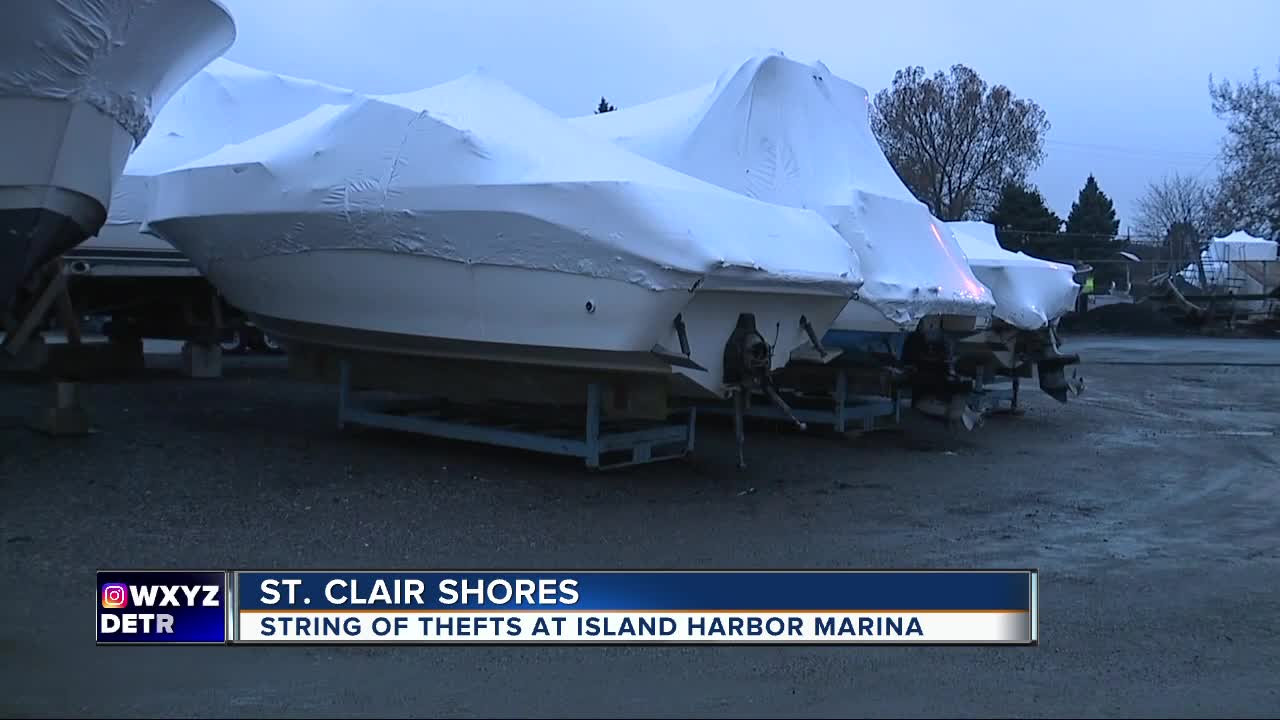 ST. CLAIR SHORES, Mich. (WXYZ) — Police in St. Clair Shores are looking into a string of thefts at the Island Harbor Marina.

Three boats were reportedly targeted -- the outdrives were taken off the back. Dan Salkowski is one of the victims; he dry docks his boat at the marina during the winter.

"It propels the boat, the engine's connected to it, it's the steering, it's everything," he said of the outdrive.

Salkowski got a call from the marina Saturday, telling him he was one of a few boaters who had their outdrives snatched.

"They had a break-in Wednesday night," he said.

Another area marina was also reportedly hit; it's unclear how many outdrives were taken there. Salkowski filed a report with St. Clair Shores Police.

He guesses his boat was targeted because it's well maintained, and the outdrive is worth a lot of money. He said used outdrives can cost between $4,000 and $5,000.

He deduced the people responsible for taking it knew their way around the marina and a boat.

"It's probably a two man job," he told 7 Action News, noting that the piece of equipment is very heavy.

The marina has a surveillance system, but Salkowski said his boat wasn't on it during the time of the theft.

Anyone with information should contact the St. Clair Shores Police Department at (586) 445-5300.