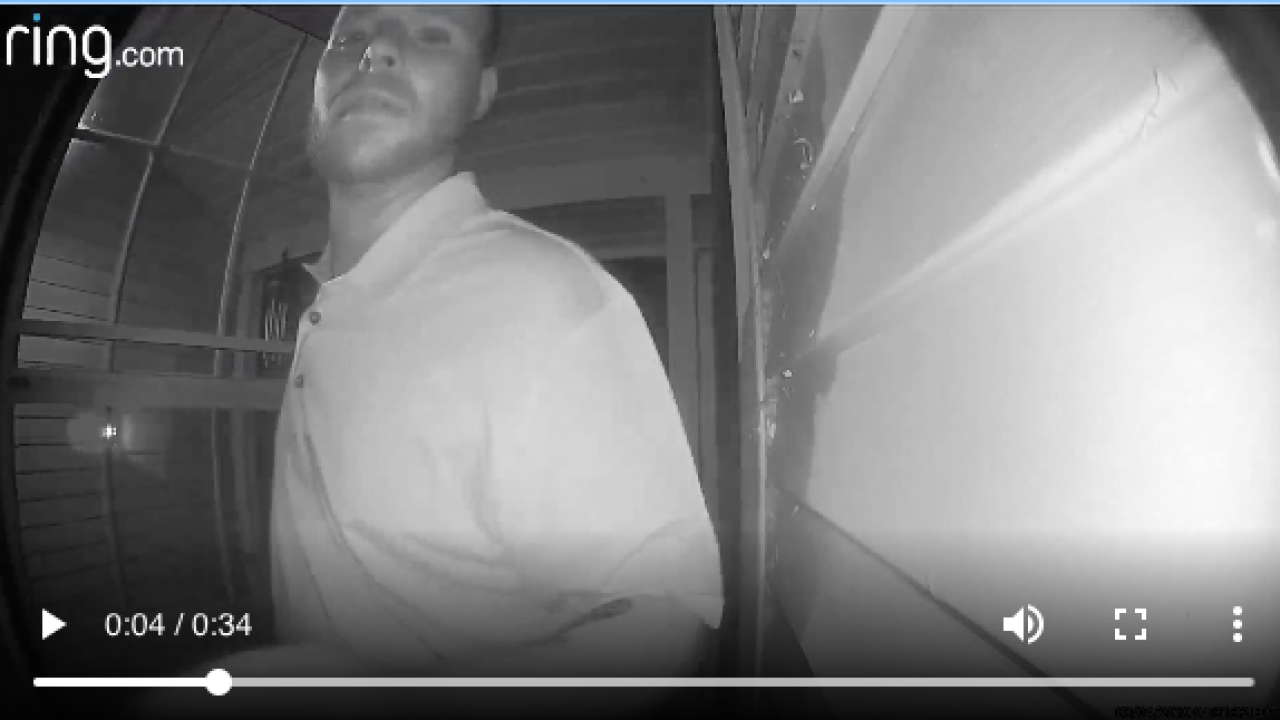 WATERFORD TOWNSHIP, Mich. (WXYZ) — Waterford Township police are looking to identify a suspect who tried to break into a home on Aug. 4.

The home is located in the 1000 block of Meadowlark Drive.

The Waterford Dispatch Center received a call from the homeowner stating that someone was trying to break into his home. Police say the suspect tried to open up a window and a sliding door on home, however, both were locked. He then tried to open the front door before fleeing the area.

Police describe the suspect as a white man with short hair and a neatly trimmed beard wearing a blue polo shirt, khaki shorts, a gold ring on his left hand and a tattoo on the left side of his neck and left forearm.

Investigators are asking the public to help identify the suspect.