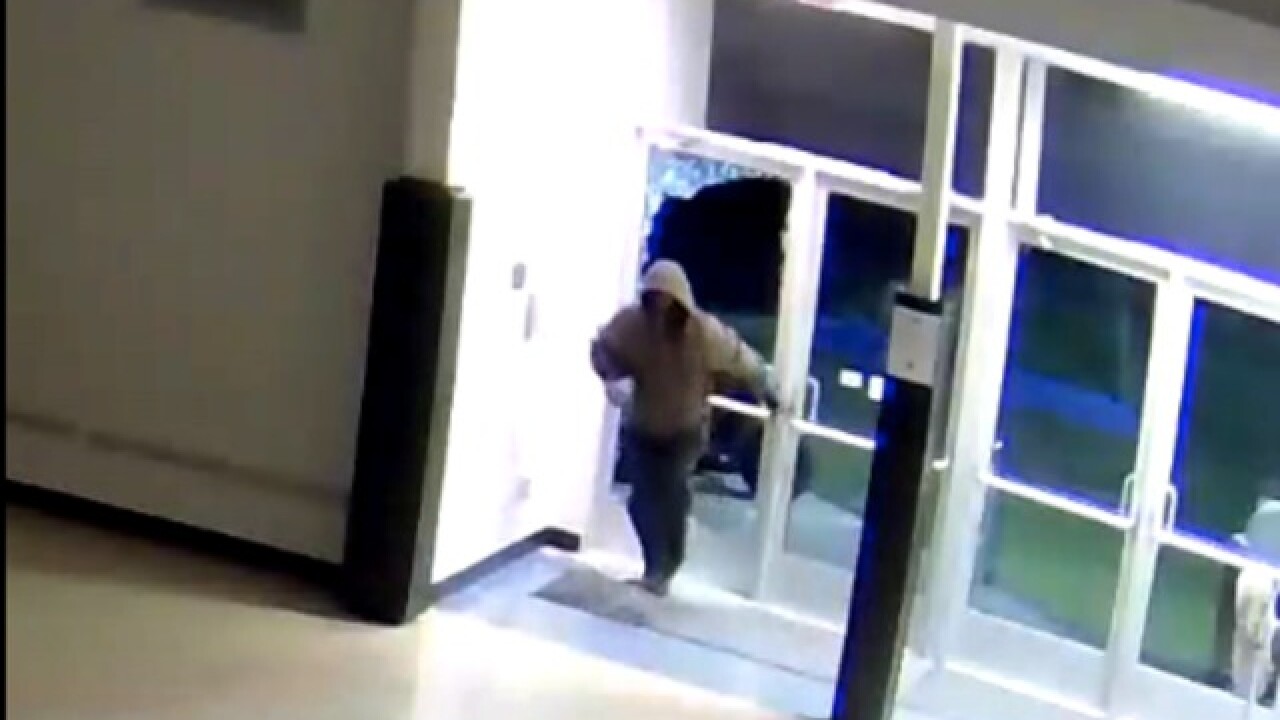 Detectives from the St. Clair County Sheriff's Office are asking for the public's assistance in finding a suspect who smashed out windows and entered three locations over the past three weeks.

The suspect first broke into New Life Christian Academy on Oct. 22. Police say he rode up on a four-wheeler, picked up a large rock and threw it through the entry door windows of the school. He then used the rock to smash the office window and other windows inside the school.

Police say it is unknown whether he stole anything while inside.

On Oct. 29, the suspect on the same four-wheeler smashed windows and entered the Fifth Third Bank branch at the corner of Lapeer and Wadhams Roads.

Deputies tried to stop the suspect on the four-wheeler but he was able to escape by traveling through backyards and other grassy areas.

Anyone with information is asked to contact the St. Clair County Sheriff’s Office Detective Bureau at (810) 987-1711.