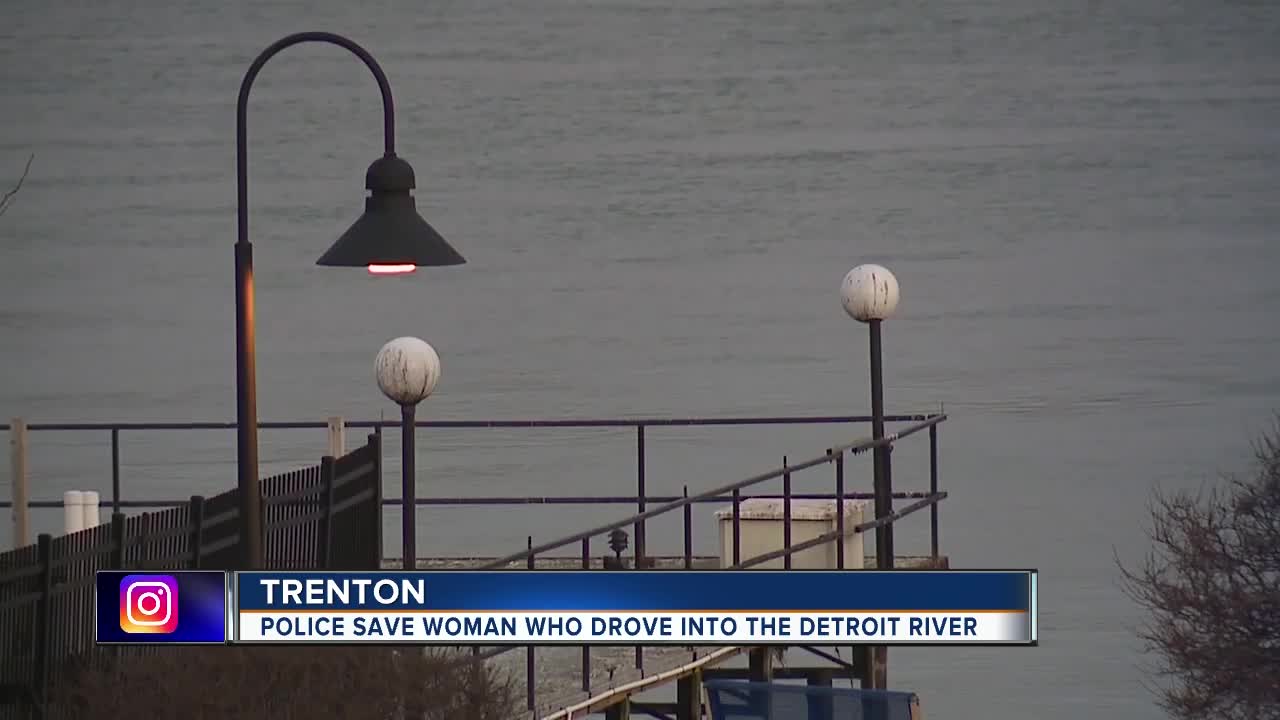 Tonight a woman in her 40s is alive thanks to the quick thinking of a married couple who called 911 and a sergeant with the Trenton Police Department. 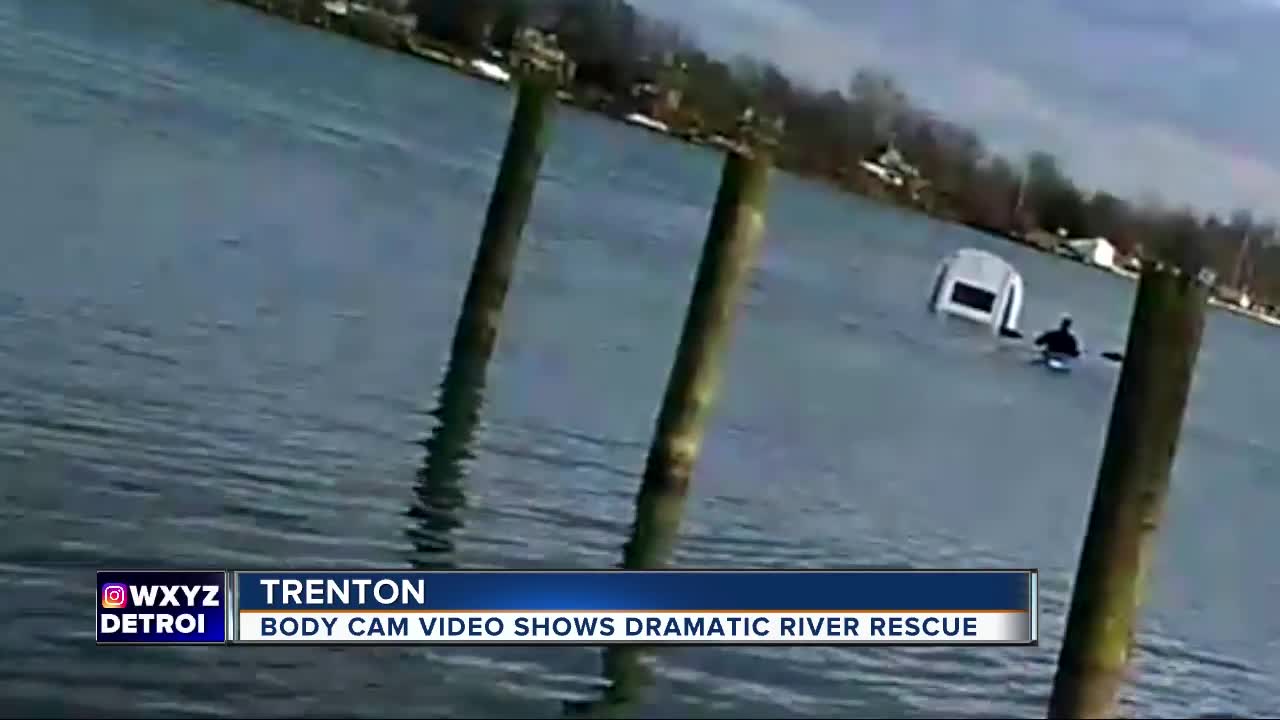 TRENTON, Mich. (WXYZ) — A woman in her 40s is alive thanks to the quick thinking of a married couple who called 911 and a sergeant with the Trenton Police Department.

Around 3:45 on Monday afternoon Linda Tilley and her husband Bill were driving along West River when they saw a large splash in the Detroit River.

“I said did you see that big splash, he said yeah, I said what was it, he said of it was a cormorant, I said it was not, and so I said stop the car,” Linda Tilley said.

The couple called 911, and helped dispatch direct police to the sinking car.

A spokesperson for the Trenton Police Department says a police sergeant was the first to arrive on scene and see the car sinking.

The sergeant used a kayak on a waterline property to make it out to the sinking car. Once there, he used the paddle to break the driver’s side window.

Linda’a and her husband watch from the east side of the river as the sergeant rescued the woman.

“It was quick thinking on their part to just grab a kayak and get out there because the car was starting to sink by then and shortly after the kayak went back to shore the car was gone,” said Linda.

The sergeant was able to kayak to Elizabeth Park with the woman in the kayak.

The driver was taken to Beaumont Hospital. A spokesperson for the city of Trenton says the she was alert when she was taken to the hospital.

No word yet on what caused the car to end up in the Detroit River.