CMU police chief says danger to community is now over 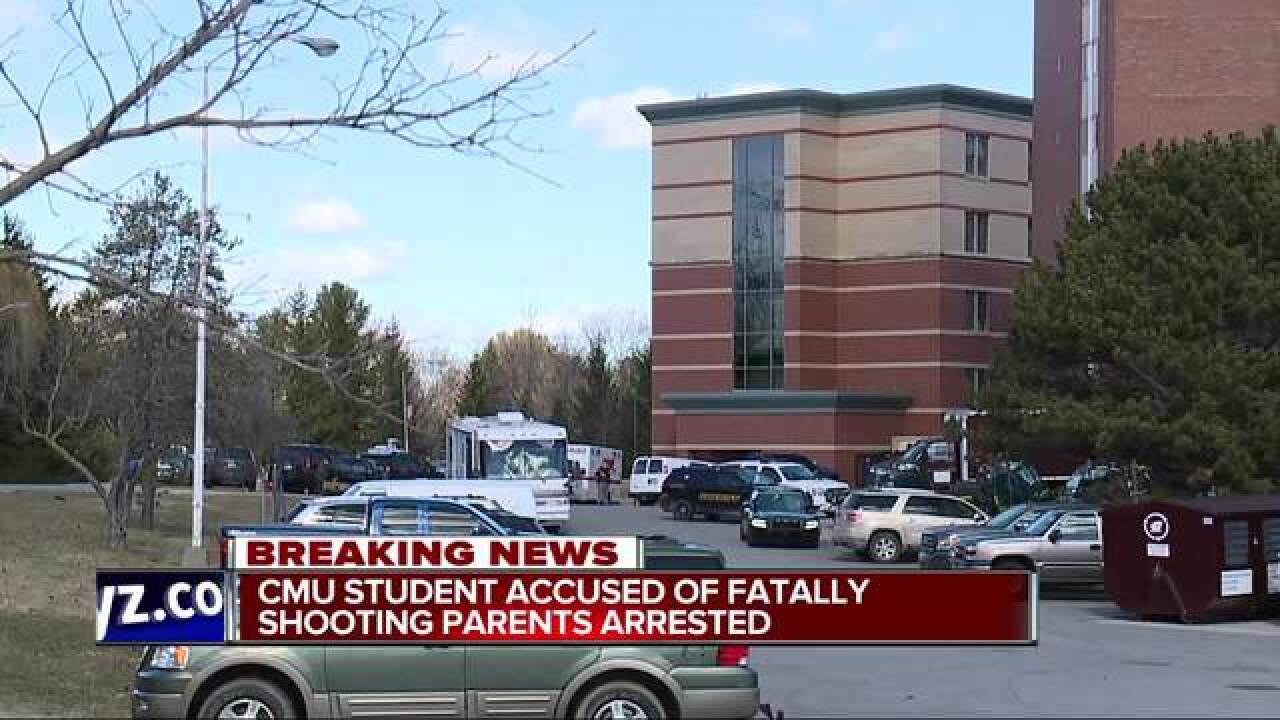 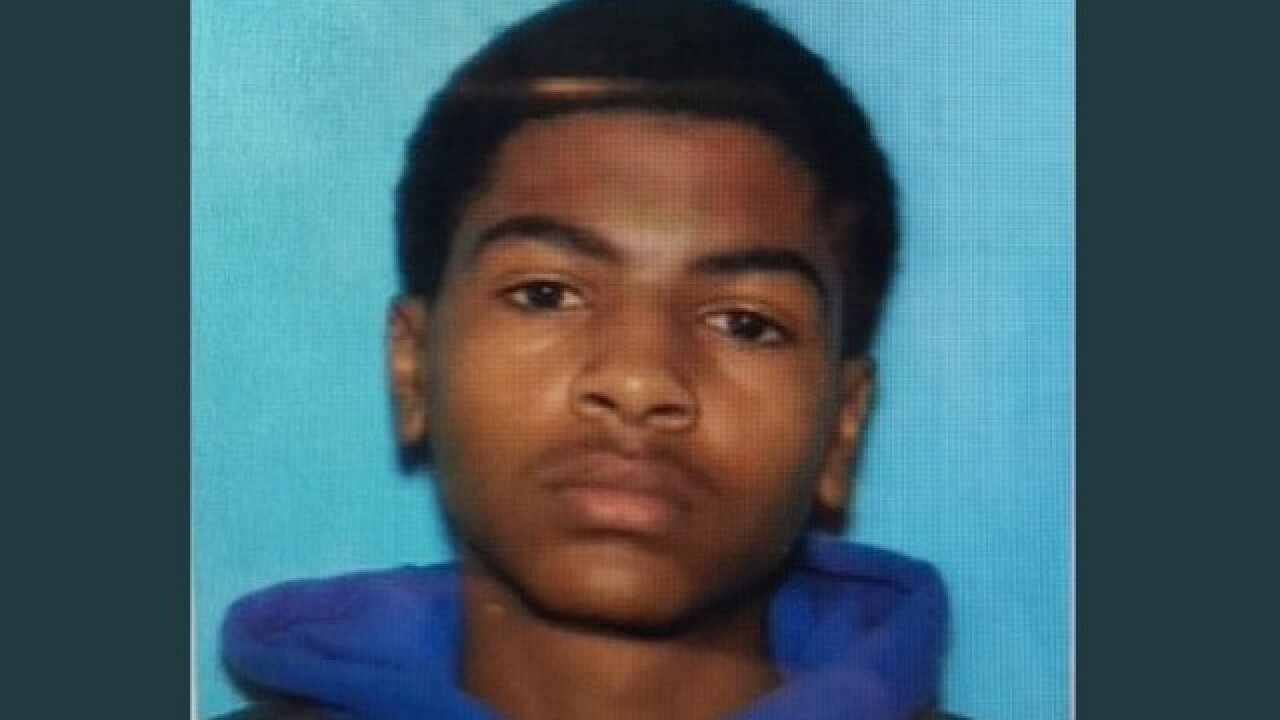 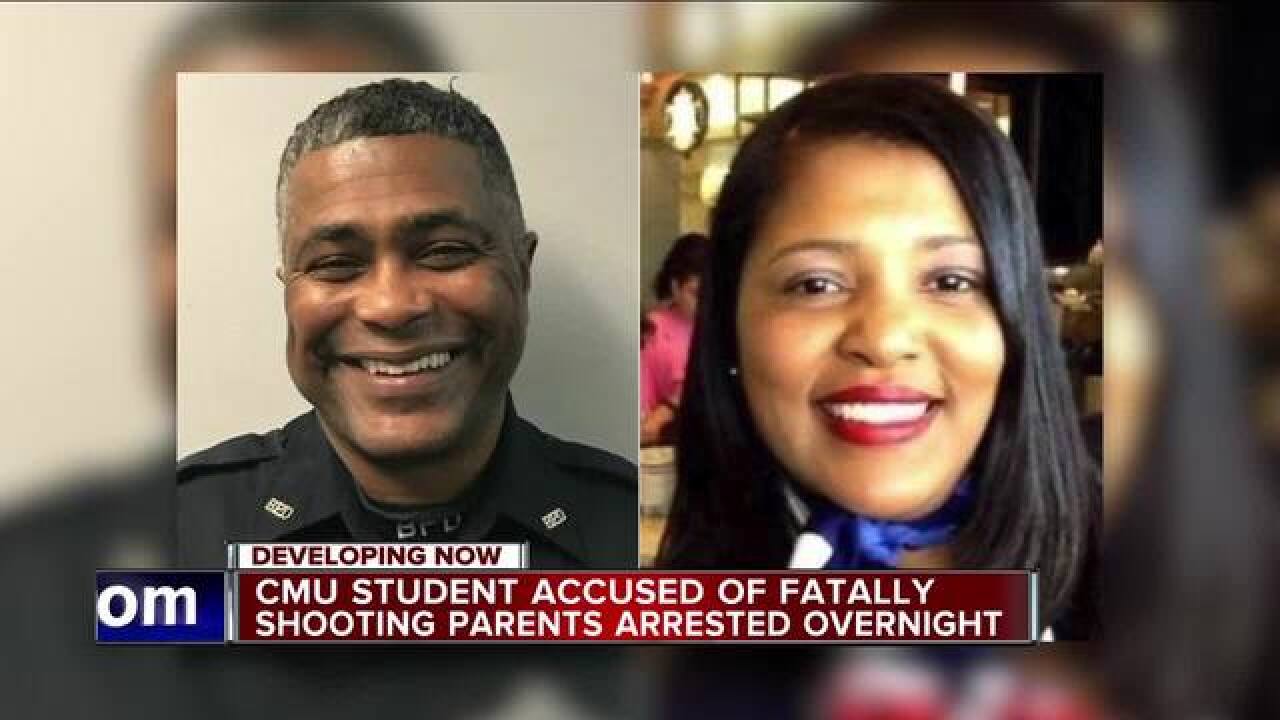 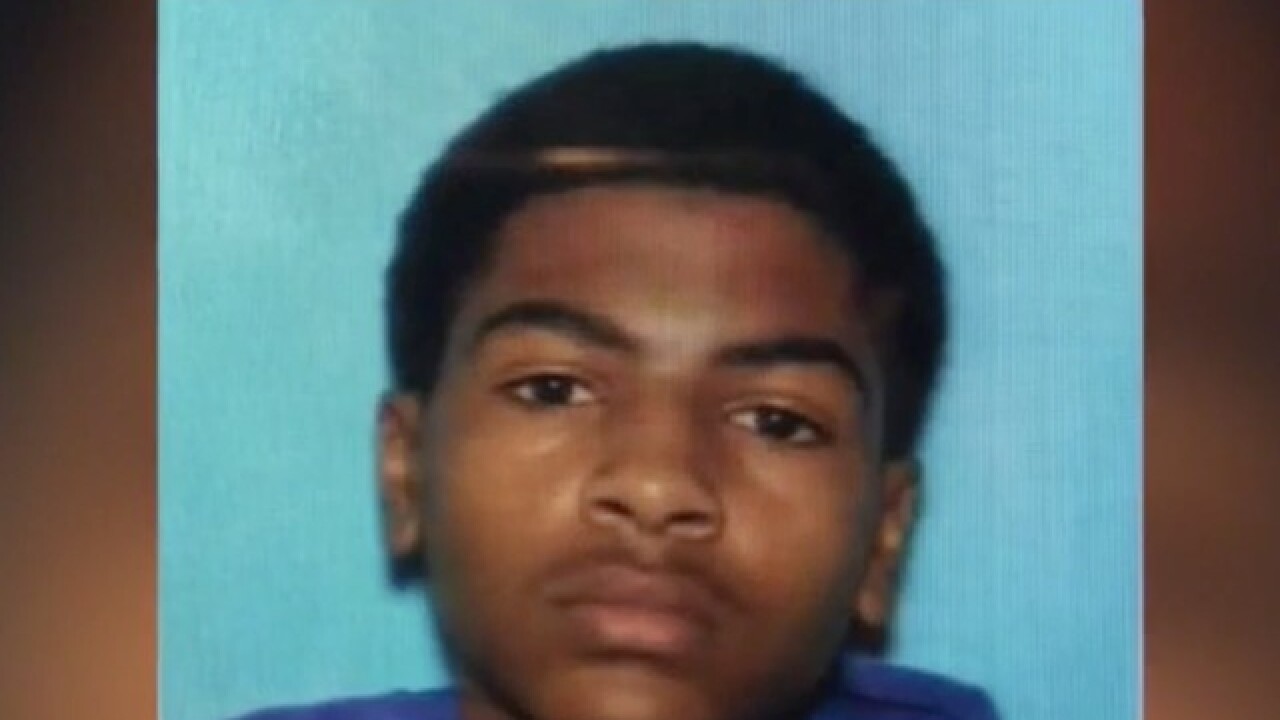 A final press briefing will be held at Central Michigan University to update the public. Watch live on wxyyz.com.

"The danger that our community has experienced over the last 24 hours or so is now over," says CMU Police Chief Bill Yeagley.

7 Aciton News has learned that police have arrested 19-year-old James Eric Davis, Jr., the Central Michigan University student suspected in the murder of his parents.

Police have not yet released any details on where or when he was captured. Sources are telling 7 Action News that Davis was taken into custody along railroad tracks close to the school's campus.

He was taken into custody sometime after midnight, but the exact timing of his arrest is not yet known.

Officials in Bellwood, Illinois have spoken out about the death of James Eric Davis, Sr., who worked as a part-time officer in their police department.

Central Michigan Police have officially identified the victims of Friday's shooting as 47-year-old Eric Davis, Sr.,  and 47-year-old Diva Jeneen Davis, the parents of the suspect.

Officers also say 100 members of law enforcement after continuing the search for Davis.

The mother of James Eric Davis's roommate is speaking out about what her son experience during the Central Michigan University campus shooting.

Debra Williams tells 7 Action News she immediately drove from her house to the campus when she heard about the shooting.

Her son sent her a text around 9 this morning saying— he thinks his roommate just killed his mom.

"He was in his dorm room sleeping. He said another one of the roommates ran into his bedroom and locked the door," Williams says. "he said he heard 5 shots. He said that he called the police. I told him to stay in his dorm. When police did come and finally get them out, He said the father was across his bedroom door.  I guess he had to step over him - Oh God!"

Williams says she spoke to her son on FaceTime just last night. Some of his roommates were in the dorm.

At a news conference, police say James Eric Davis, Jr. has still not been located.

They are encouraging anyone who sees Davis to not approach him and, instead, call 911 immediately.

Police now say Davis was treated at a University of Michigan Health facility and not McLaren hospital.

Speaking during the news conference, school officials stressed that their number one priority is the safety of the CMU community.

Michigan Governor Rick  Snyder was in attendance at the news conference.

Central Michigan University has begun to lift the lockdown that has been in place since this morning's shootings.

According to a post on the CMU website, uniformed officers have begun to assist people in living campus buildings. Officers will be going building to building.

Anyone on campus is asked to wait in their current building for officers before leaving.

Students in the residence halls are being told they can stay in their buildings. However, they are also asked to wait for assistance from uniformed officers if they would like to leave. Anyone looking to enter a residence hall must present their CMU ID to be allowed inside.

Campbell Hall, where the shooting occurred, has also been reopened. However, the fourth floor remains off limits due to the investigation.

Police have confirmed the identity of the two victims as Davis' parents.

His father, James Eric Davis, Sr., was a part-time police officer at the Bellwood Police Department in Illinois.

The City of Mt. Pleasant has released a photo of the suspect in the fatal shooting at CMU.

The person of interest is James Eric Davis, Jr. He is a black male, approximately 19 years of age, 5'10" & 135 lbs. He was last see wearing mustard yellow jeans and a blue hoodie. The suspect is considered armed and dangerous. Do not approach the suspect. Call 911 immediately. pic.twitter.com/dCChxe1Tfr

Police say it is unknown what clothing the suspect is wearing now, as they have located a number of articles of clothing along a railroad.

Mt. Pleasant police say they believe James Eric Davis, Jr. is in city limits. Police are asking residents to stay inside at this time. If residents see the individual, please call 911.

Police say they had contact with the suspect Thursday evening, and he was transported to the hospital for a drug related incident. He was then released to hospital staff.

The person of interest has been identified as James Eric Davis, Jr. Central Michigan University says those planning to come to campus to pick up students for spring break should stay off campus until further notice.

Central Michigan University police say the two people fatally shot were not students at the university. Police say the shooting appears to be a domestic incident.

Police describe the suspect as a 19-year-old black male, approximately 5 feet 9 inches tall, wearing mustard yellow jeans and a blue hoodie. He is considered to be armed and dangerous.

UPDATE 10:23 a.m.: The suspect is a 19-year-old black male who is approx. 5 foot 9 inches tall. He is wearing mustard yellow jeans and a blue hoodie. He may have taken off the blue hoodie. He is considered armed & dangerous. If you see the suspect, do not approach him. Call 911.

Michigan State Police say two people have been shot. Their conditions are not known at this time.

The city of Mt. Pleasant tweeted that the suspect is considered to be armed and dangerous.

CMU Police are searching for one suspect who fled on foot.

There has been a report of shots fired at Campbell Hall on campus. Suspect is still at large, police advise all to take shelter. If you see something suspicious, call 911.

Police are responding to reports of shots fired at Central Michigan University.

CMU sent an automated phone call to all students and faculty with a message saying police are responding to shots fired on the fourth floor of Campbell Hall.