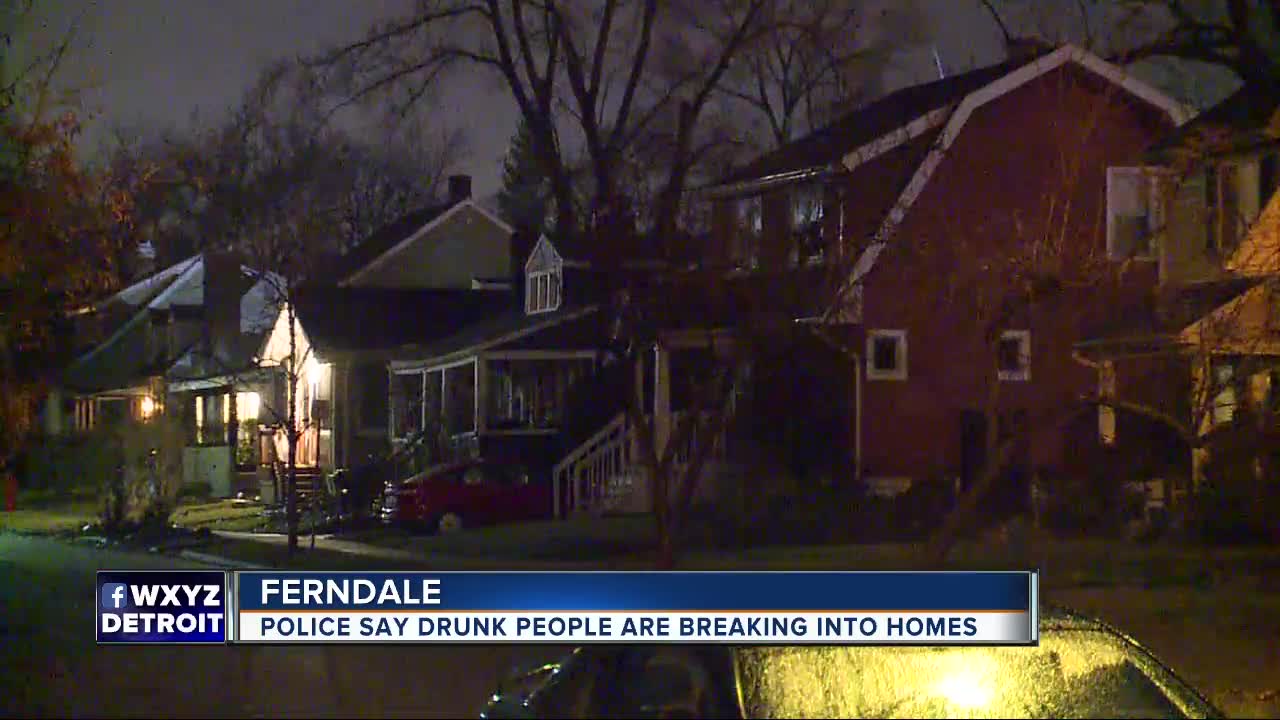 Ferndale PD says it is happening on a regular basis and is causing concerns.

Police say people head home after a busy night out thinking they're going into their own home when they're actually not. Police say they're able to walk into the wrong home because homeowners are not locking their doors.

In one case, a man and his wife had just moved into a home in Ferndale when they told police a stranger knocked on their bathroom door. The man thought he was in his own home. Thankfully, no one was hurt.

Police say it not only happens regularly in Ferndale, but also in other cities that have a buzzing downtown with similar-looking homes nearby.

For walking into the wrong home, a person could be charged with a misdemeanor, but police say it varies.