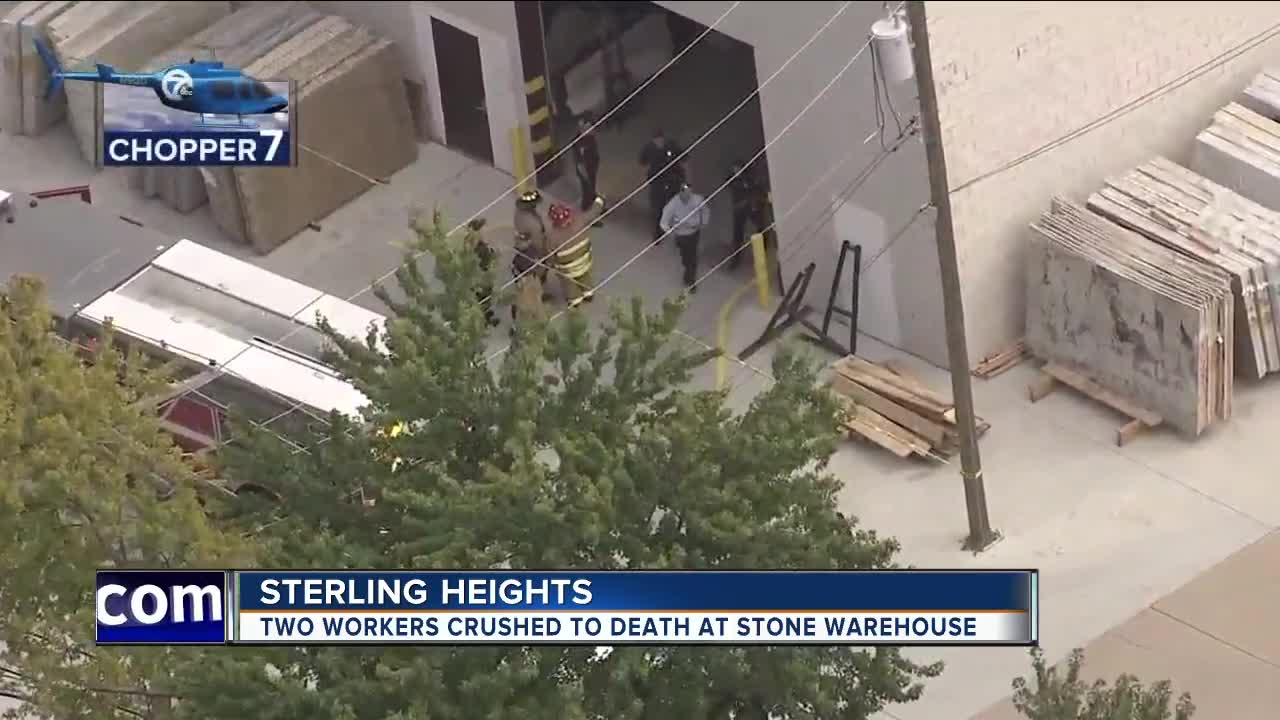 Two employees of Stone Warehouse of Michigan in Sterling Heights were killed almost instantly after multiple slabs of granite fell on them Monday afternoon, officials say.

(WXYZ) — The Sterling Heights police and fire departments say two workers were killed by a cascade of granite slabs instantly at the Stone Warehouse on Tuesday. Police identified the victims as a 30-year-old Warren man and a 53-year-old Shelby Township man.

According to police, they were called to the warehouse on 19 Mile Rd. around 2:33 p.m. When emergency crews arrived, they quickly determined that both victims suffered fatal injuries, and they needed to recover the bodies.

Police say the employees were using an overhead crane to move several slabs of granite. When those slabs were lifted off the storage rack, several other slabs of granite shifted, causing a cascade of several more slabs, which pinned and instantly killed the two workers. Each of the slabs, according to officials on scene, weighed more than 1,000 pounds.

Along with emergency crews, several other business workers were called in to help move the granite slabs, including Tile & Stone Works, Luxury Granite and Design and Rock Solid Granite.

After a few hours of work, the first victim was recovered just before 6 p.m. and continued until the second victim's body was recovered at 9 p.m.

Reps from MIOSHA and the Macomb County Medical Examiner's office were on scene for the investigation, and the building was eventually turned back over to the management of Stone Warehouse when the recovery operation was complete. It's not clear when the company will resume operations.

“This was a tragic day for everyone involved, so please keep them in your thoughts as they all try to deal with this tragedy,” said Sterling Heights Fire Chief Chris Martin.