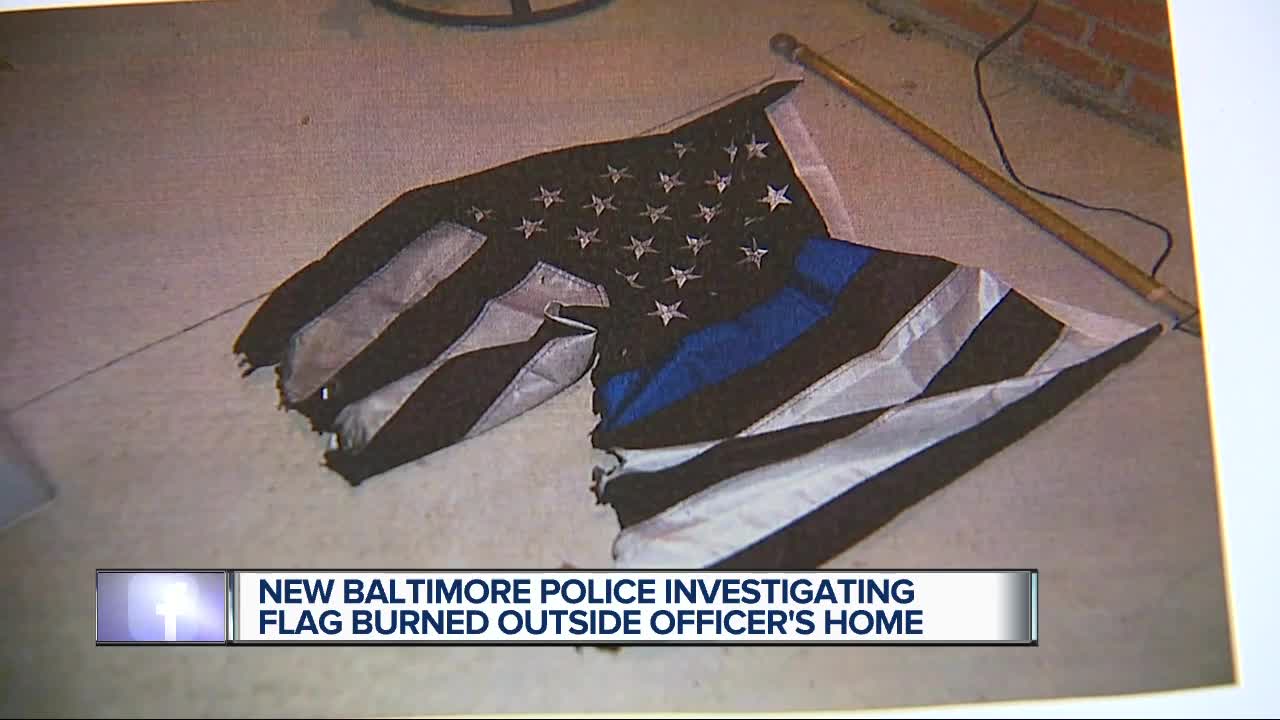 Was it a prank or a direct threat targeting police? Detectives in New Baltimore are working to find the arsonist behind a flag burning. 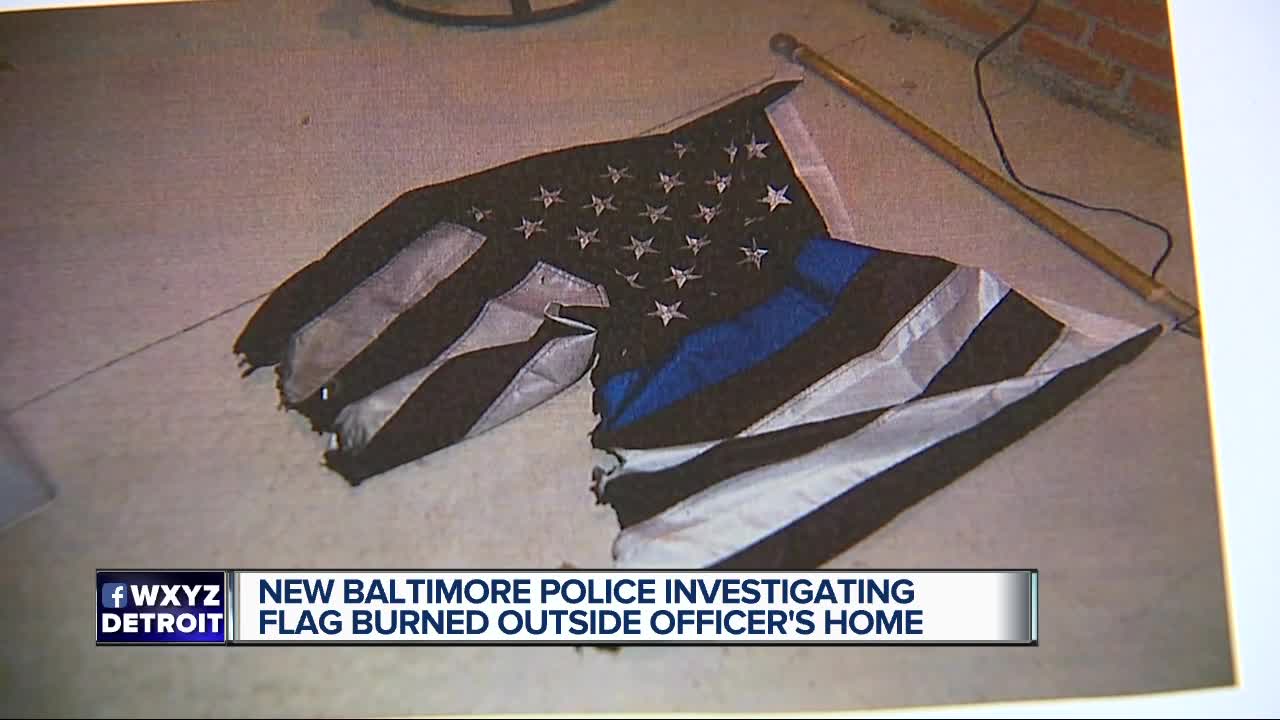 NEW BALTIMORE, Mich. (WXYZ) — Was it a prank or a direct threat targeting police? Detectives in New Baltimore are working to find the arsonist behind a flag burning.

It happened, outside a law enforcement officer’s front door.

The desecrated flag is the Thin Blue Line American Flag which represents police and first responders. The Thin Blue Line Flag is flown to show respect to officers who have fallen in the line of duty.

Wednesday night, New Baltimore police say a neighbor spotted it burning on the porch next door in the 36500 block of St. Clair Drive.

Investigators are not saying which branch of law enforcement the victim is a member of.

Fortunately, the fire did not spread and cause further damage. The flames were extinguished and 9-1-1 was quickly called.

Multiple agencies arrived on the scene, included a K-9 Unit. The officer did pick up a short track, which ended approximately a block away.

Police believe the suspect or suspects may have gotten into a vehicle and driven off.

Officers have been able to determine that this happened between 8:15 pm and 8:20 pm Wednesday night.

They are asking people in the neighborhood to check their security cameras for footage.

Investigators are hoping this is an isolated incident. If you know something speak-up.