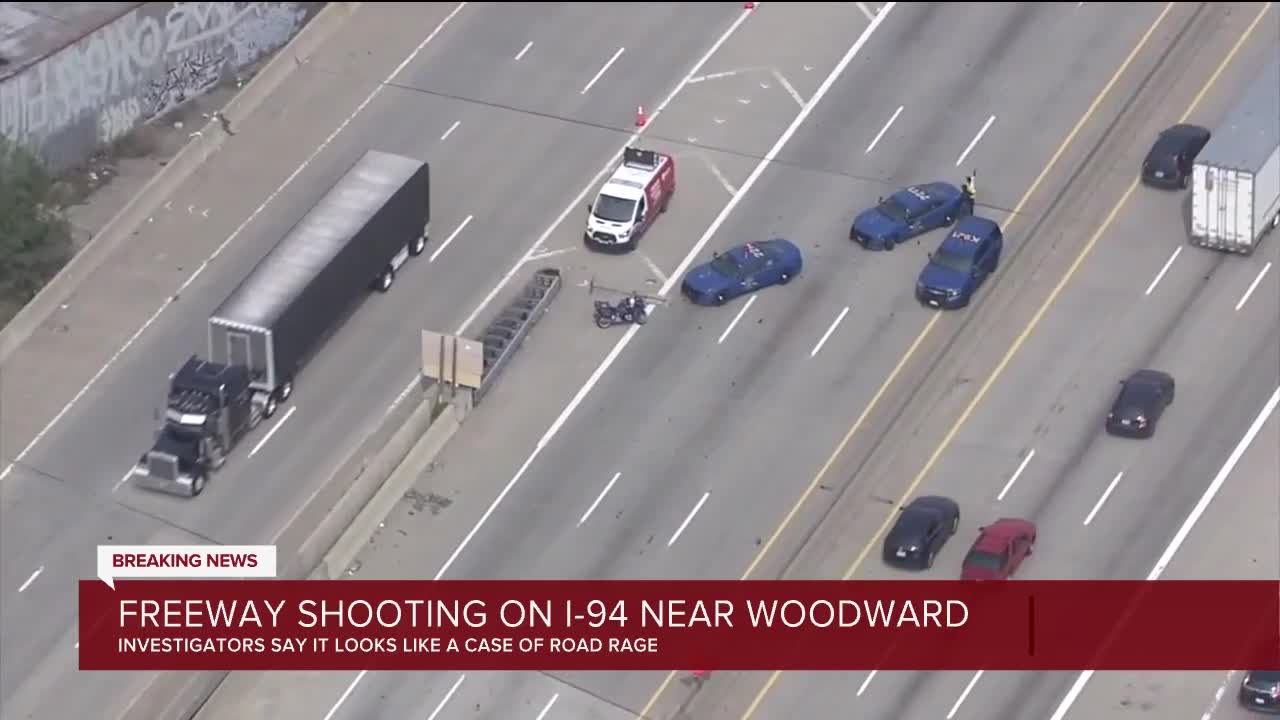 Michigan State Police are investigating a road rage incident that resulted in a shooting.

(WXYZ) — Michigan State Police are investigating a road rage incident that resulted in a shooting.

Polices say the incident occurred on westbound I-94 near Woodward and resulted in the suspect shooting at the victim's vehicle.

The victim's vehicle was struck in the roof area. Police say the victim was not injured.

Troopers shut down the freeway for several hours to look for casings.

Freeway Shooting: Metro South Post troopers were dispatched to a freeway shooting that just occurred on WB I-94 near Woodward.  Preliminary investigation revealed that It was a road rage incident that resulted in the suspect shooting at the victim’s vehicle. pic.twitter.com/igskMl2lZr