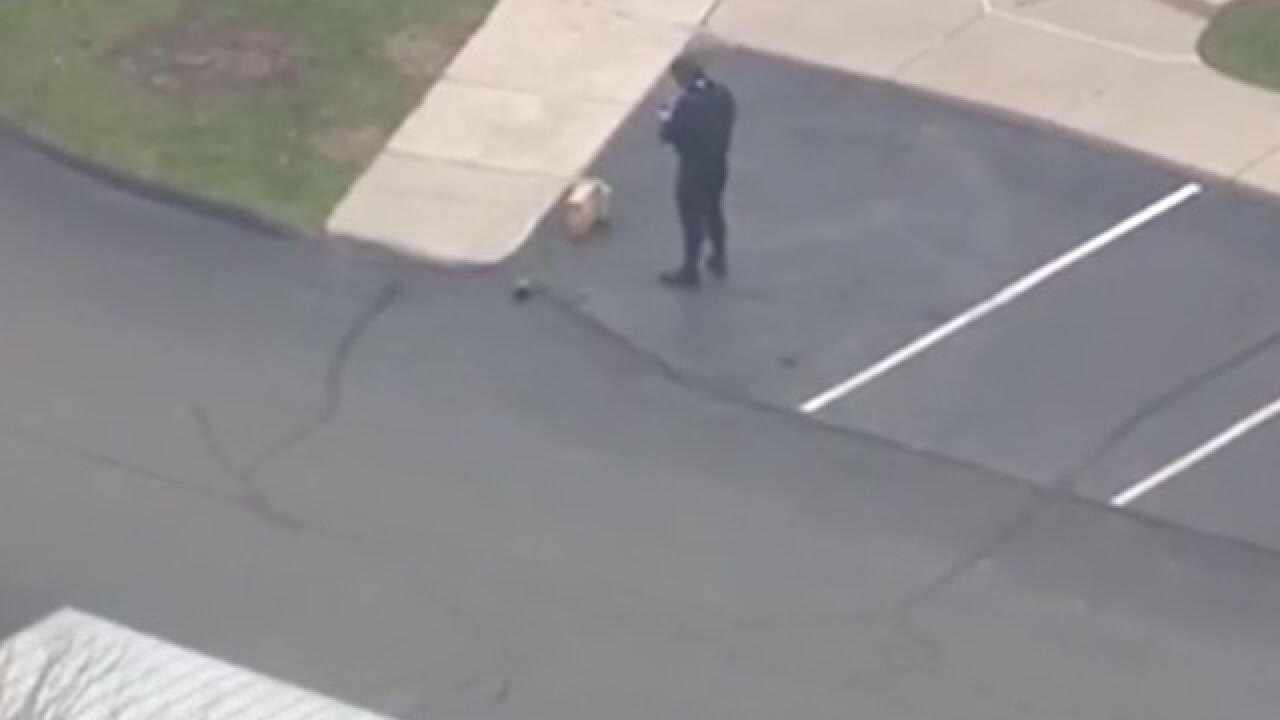 Northville Township police were on the scene of a suspicious package that was left on a porch in an apartment complex.

According to a release, police located the package around 3:30 p.m. at Cedar Lake Apartments, which is in the area of Six Mile Road and Cedar Lake Circle.. On the outside of the box was written the words, "Fragile Bomb."

Just after 4 p.m., the Michigan State Police Bomb Squad arrived and examined the box and was able to determine that there was not an explosive device inside. The box actually contained food items.

Residents of the complex were urged to shelter in place and everyone else was asked to avoid the area until it was uncovered that there was no threat.

Northville Township police says these types of crimes are taken seriously, and are investigated thoroughly.

If anyone has information on the incident they are asked to call the Northville Township Police Department at 248-349-9400.

Shelter in place for Cedar Lake Apartments is canceled. Police still on scene - no threat found. Police will be clearing shortly.