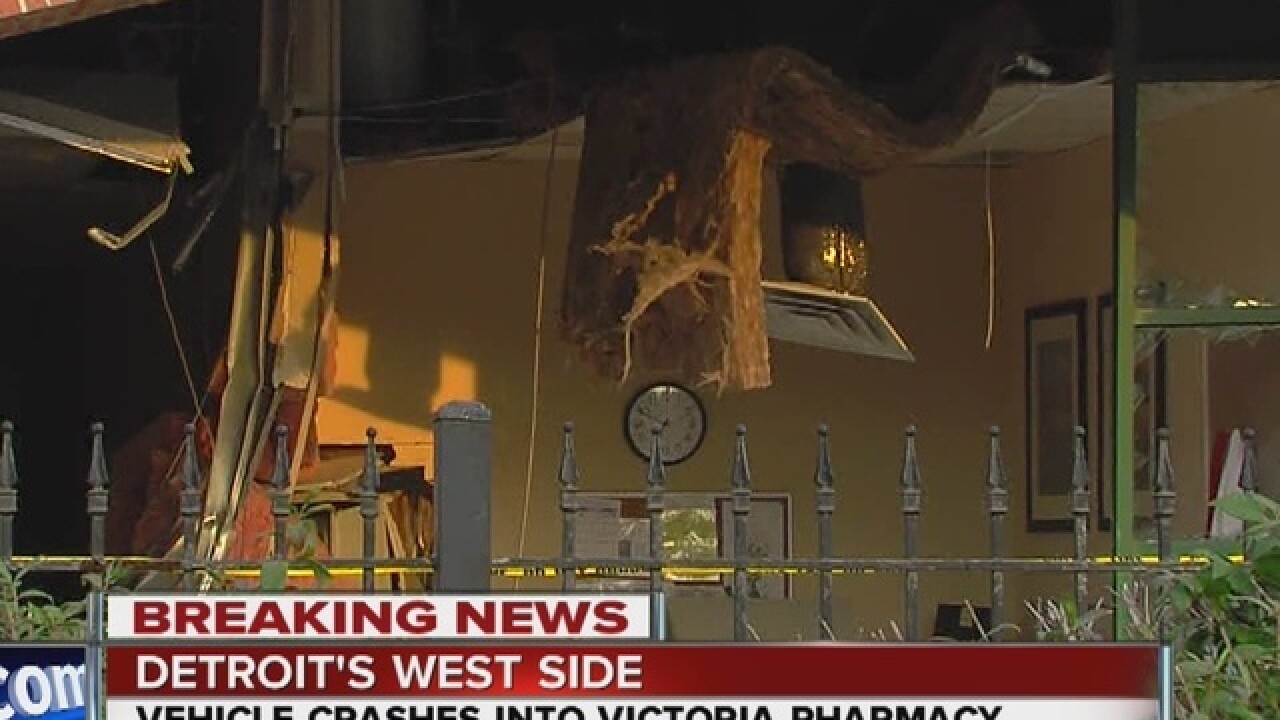 Detroit Police are investigating after a vehicle crashed into a pharmacy in the area of Livernois and Chippewa on the city's west side this morning.

The suspect reportedly rammed a truck into the Victoria Pharmacy around 3:30 a.m. and then fled the scene. The vehicle was reportedly last seen heading west on 7 Mile.

The pharmacy opens at 4 a.m. and is connected to a dialysis center. We're told several patients had arrived to try and get their medication.

No word yet on if anything was stolen from the pharmacy. The store manager is now trying to figure out how to take care of the patients.

Police are now in search of a red truck with front end damage.