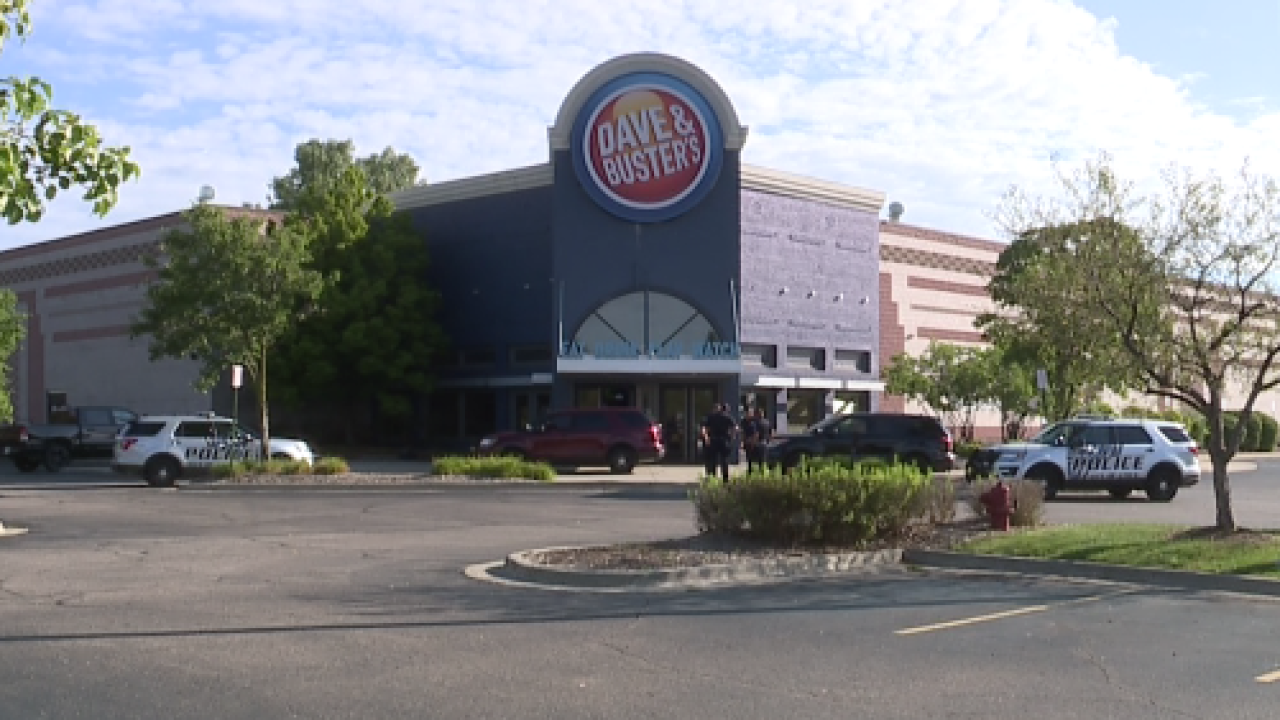 UTICA, Mich. (WXYZ) — Utica Police and workers at a local restaurant are fed up after a thief broke into a store and stole cash from a Make-A-Wish machine. The donations weren’t a typical jar, but a box full of cash from a special promotion where Dave & Buster's guests could donate anywhere between $.25 and $100 to play an old-school Galaga machine.

“Yeah, I draw a line at that,” said Utica Detective Greg Morabito. “That’s disgusting, that’s for the kids that are sick.”

It appears that a man broke into the store around 4 a.m. using a sledge hammer. He had already broken into two ATMs successfully when the crook turned his eyes towards the Make-A-Wish donations.

Workers tell 7 Action News that they’d been saving up money for weeks as part of an annual campaign. They purposely leave the money in plain sight because it’s in a plexiglass case, showcasing the fundraising efforts of the restaurant.

Make-A-Wish raises thousands of dollars each year from the Dave & Busters location in Utica. That money goes towards sending sick children across the country for “wishes” to take their minds off ongoing issues like chemotherapy, and other hospital treatments.

“Are you serious?” asked Michael McLellan as he looked at the surveillance video obtained by 7 Action News while he pumped gas at a nearby Shell station.

“Go get a job! This place is hiring. You’re working, I’m working. But you’re stealing from kids — I can’t say what I want to say, but that's terrible.”

Detectives hope that type of outrage will spark someone in the community to come forward with information about who stole the cash.

“If he’s been talking and bragged to somebody, we’d like the public to come forward and let us know,” said Detective Morabito. “Let us know who it is, maybe you draw the line on the Make-A-Wish thing too. That’s what I’m hoping for.”

Utica Police are working to determine if they can get Crimestoppers involved to offer a reward. In the meantime, police are urging the public to reach out with information to help return the money to the charity.