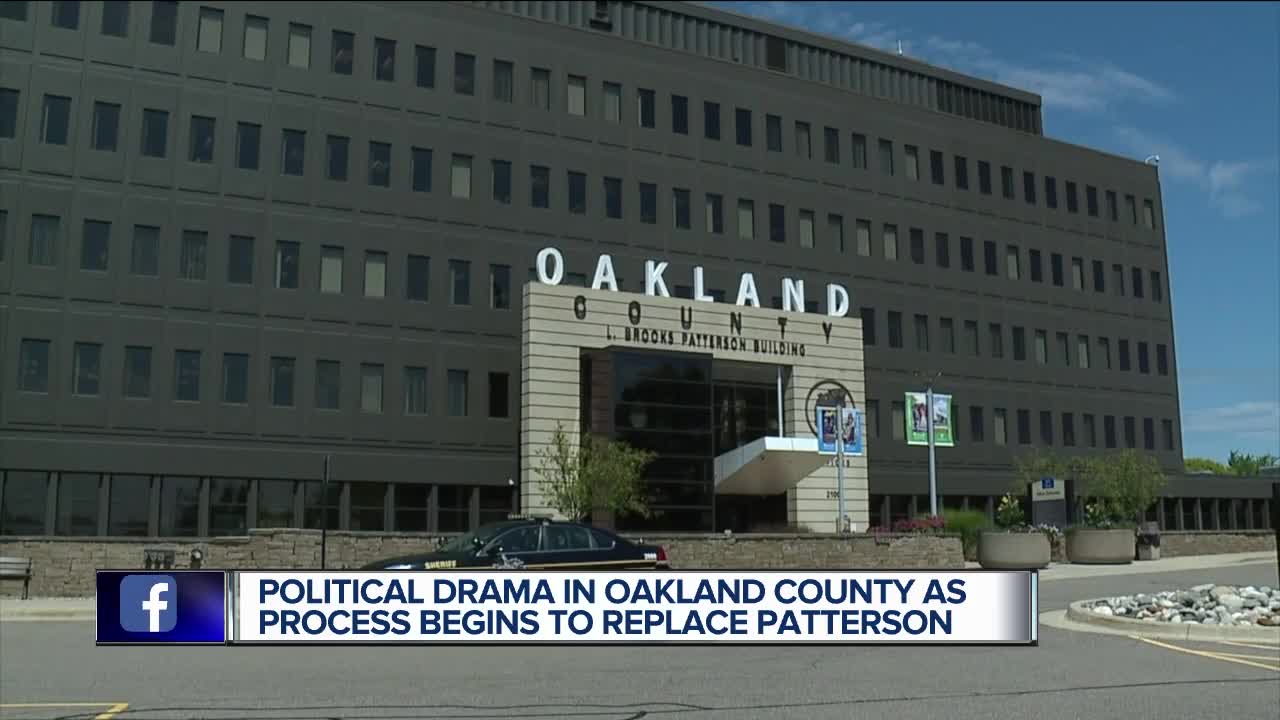 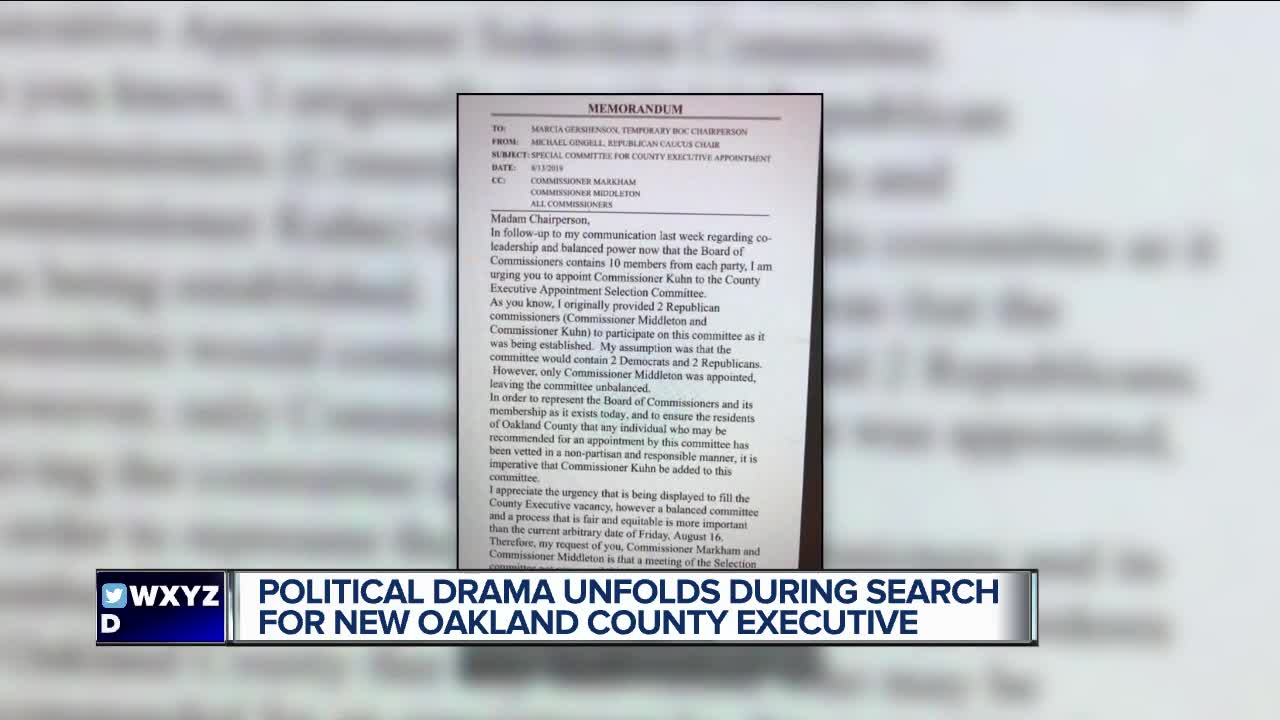 The new information comes after 7 Action News exposed deleting of emails involving our public records requests, and calls for transparency since the death of L. Brooks Patterson.

Action News reporter Simon Shaykhet obtained a memo from a Republican leader on the board demanding equal representation for both Republicans and Democrats on the interview panel.

Commissioner Mike Gingell sent the memo Tuesday to acknowledge that with 10 Democrats and 10 Republicans on the board, the interview committee must have two members from each party. Instead, that request was denied.

On Wednesday, Tom Middleton, the sole Republican on the 2-1 panel, called out the unfair process, recused himself and walked out.

At this point, it appears the board still plans to appoint someone on Friday.