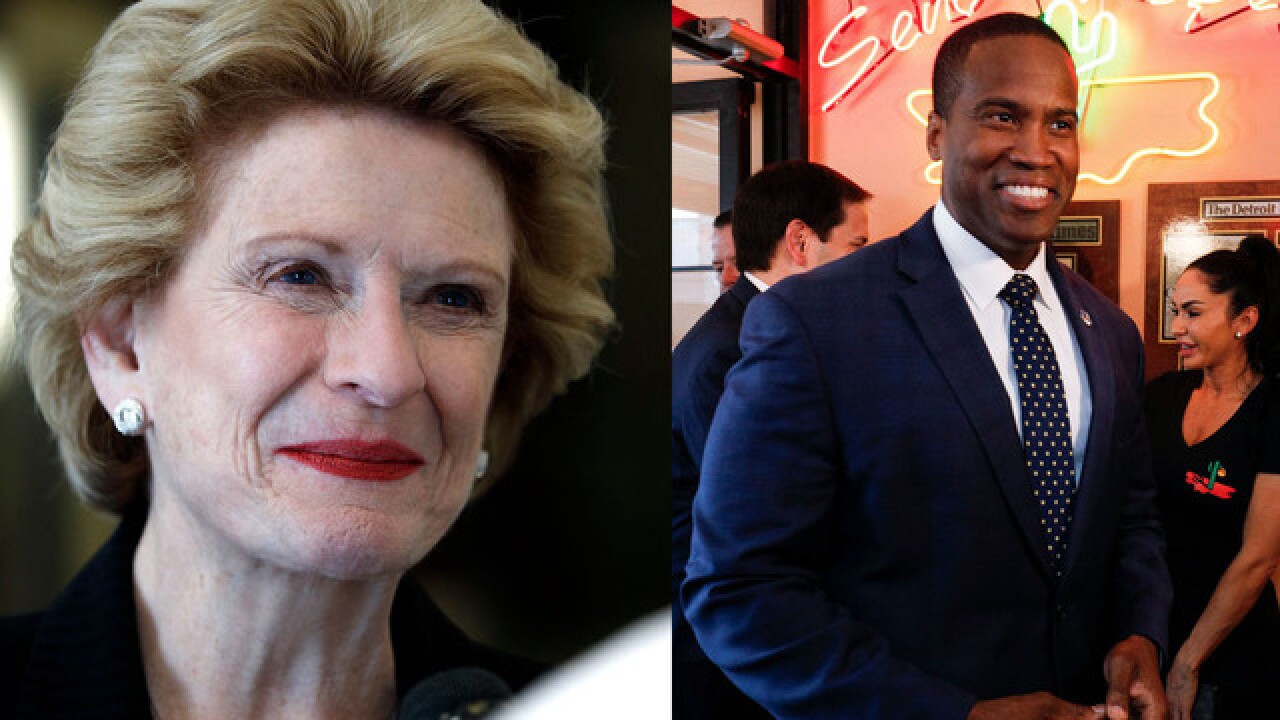 Current Democratic U.S. Senator Debbie Stabenow and her challenge, Republican Senate Candidate John James, will face off in a debate on Monday afternoon in Detroit.

The debate, which is being put on by the Detroit Economic Club, will take place at the MotorCity Casino Hotel Ballroom at 12:30 p.m. and it is not open to the public.

WXYZ will live stream the event, thanks to a partnership between the DEC and Detroit Public Television.

Moderators for the debate include WXYZ Editorial Director Chuck Stokes, as well as Chad Livengood from Crain's Detroit and Vickie Thomas from WWJ.

James, a Farmington Hills businessman, is looking to unseat Stabenow, who has served as a senator for Michigan since 2001. She is seeking her fourth term.