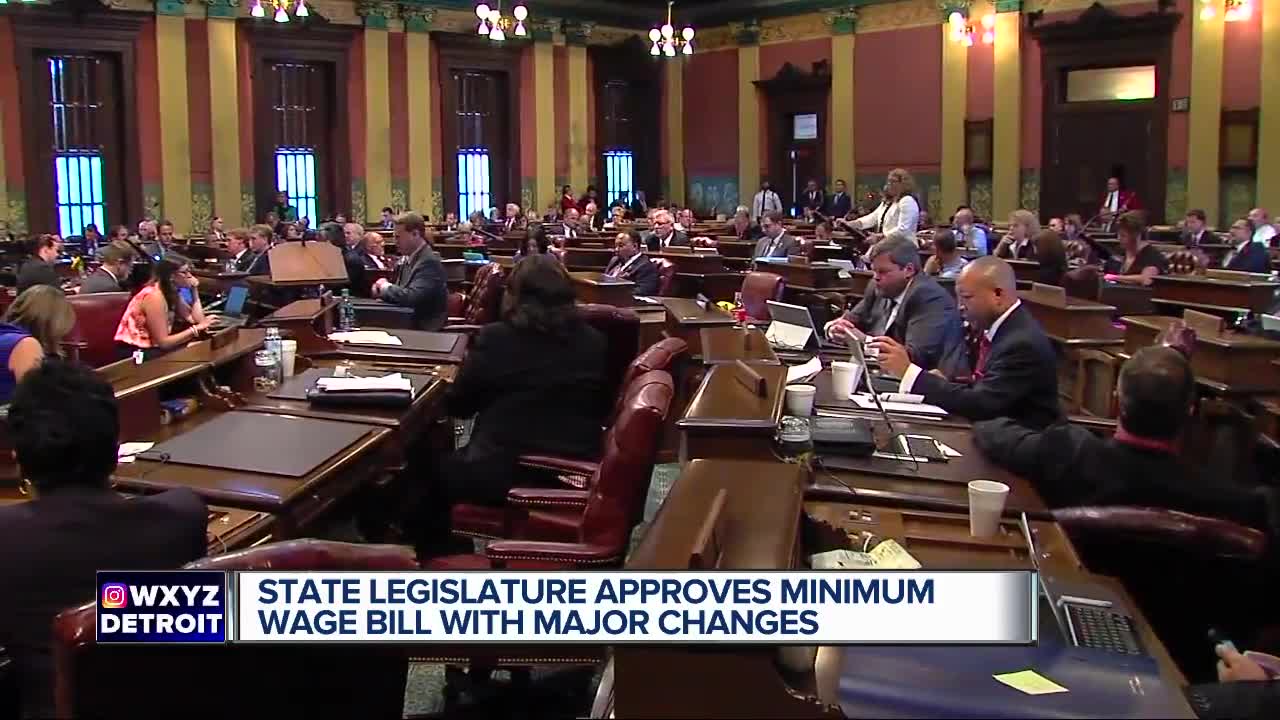 The Republican-led Michigan Legislature on Tuesday passed bills that would delay a minimum wage hike and scale back paid sick leave requirements, an unprecedented lame-duck strategy that was endorsed legally by the state's conservative attorney general despite criticism that it is unconstitutional. 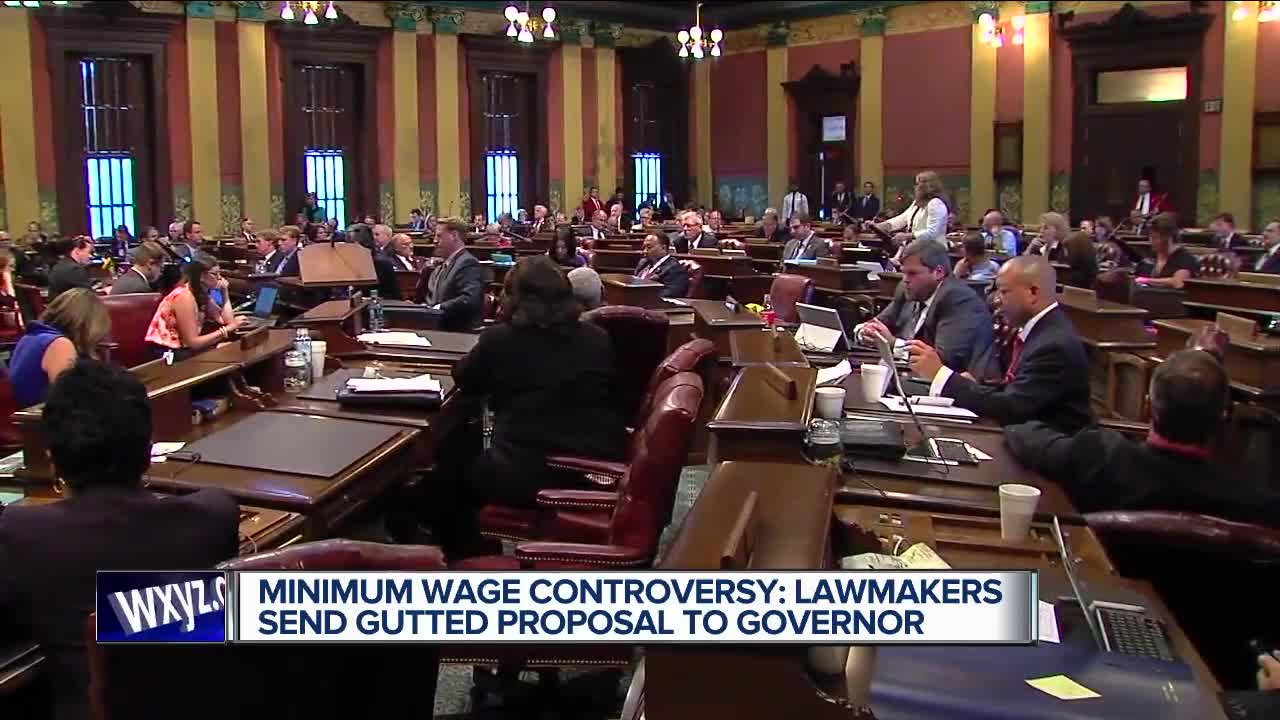 The Republican-led Michigan Legislature on Tuesday passed bills that would delay a minimum wage hike and scale back paid sick leave requirements, an unprecedented lame-duck strategy that was endorsed legally by the state's conservative attorney general despite criticism that it is unconstitutional.

The fast-tracked legislation, which drew protesters to the Capitol, was pushed through on largely 60-48 and 26-12 party-line votes. Changes were made at the request of Republican Gov. Rick Snyder, who stayed mum on whether he will sign the measures despite Senate leaders saying they expect him to do so.

To prevent minimum wage and paid sick time ballot initiatives from going to the electorate last month, after which they would have been much harder to change if voters had passed them, GOP legislators — at the behest of business groups — preemptively approved them in September so that they could alter them after the election with simple majority votes in each chamber.

One bill would gradually increase the state's $9.25 minimum wage to $12.05 an hour by 2030 — maybe later in the case of a recession — instead of $12 by 2022. It would also repeal provisions to tie future increases to inflation and bring a lower wage for tipped employees in line with the wage for other workers.

Another bill would exempt employers with fewer than 50 employees from having to provide paid sick time as required under the existing law that is scheduled to take effect in March. It also would limit the amount of annual mandatory leave at larger businesses to 40 hours, instead of 72 hours, and make other changes. About 162,000 small businesses that collectively employ 1 million workers would be exempt from awarding paid sick leave under the legislation, according to the Michigan League for Public Policy.

Democratic Rep. Darrin Camilleri of Wayne County's Brownstown Township, who voted against the measures, said gutting the minimum wage hike "would not only hurt thousands of workers in Michigan but would also betray the trust of millions more by ignoring the will of the people."

But Republican Rep. Tommy Brann, a restaurant owner from Wyoming who supported the bills, said restoring the tip credit — servers get a lower minimum wage that is supplemented with tips — would "protect their quality of life. The free market works. We are paying cooks $13.50, $14 an hour ... and our servers are making more."

In a legal opinion dated Monday and released Tuesday, GOP Attorney General Bill Schuette told legislators that although the state constitution requires third-fourths votes in both chambers to change voter-approved laws, it imposes no "express limitations" on amending citizen-initiated laws passed by the Legislature. His opinion differs from one issued in 1964 by a Democratic attorney general, who said changes cannot be made in the same session.

Democrats criticized Schuette, who lost to Democrat Gretchen Whitmer in the governor's race.

"Just like his friends in the Legislature, the attorney general seems intent on using his last weeks in office to turn this lame-duck session into nothing more than a GOP smash and grab before Democrats take office in January," said Samantha Hart, spokeswoman for House Minority Leader Sam Singh.

If Snyder signs the bills, lawsuits are likely. Paid sick leave advocates have already vowed to launch a 2020 ballot drive if the Legislature successfully guts the law that made Michigan the 11th state to require employers to provide paid time off to workers who are sick or who have ill family members.

"The original proposal threatens people's livelihoods and undermines the positive strides that we have made to improve Michigan's economy," she said. "We must fix it now, before Michigan families and job providers begin to experience its negative effects."

Yet Democratic Rep. Stephanie Chang of Detroit accused opponents of using "false rhetoric" and irresponsible "fearmongering." Allowing ill workers to stay home or visit the doctor keeps in check higher medical costs if they do not get care, she said, adding that people use the benefit responsibly and states with sick time mandates have not suffered economically.

"When the people of our state signed on to support these policies, they did not intend for this body to usurp the process only to strip workers of these new freedoms," Chang said.