Petition to impeach Governor Gretchen Whitmer over proposal to raise gas tax has over 25,000 signatures 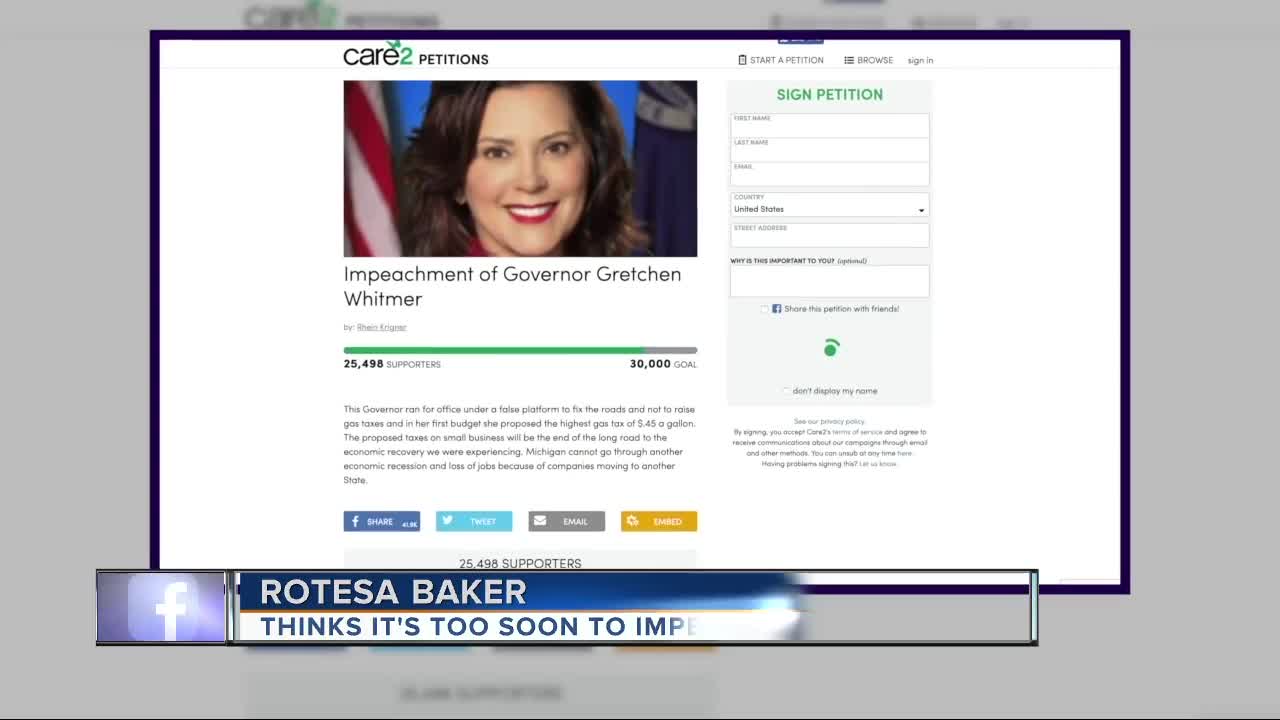 A petition is going around asking for the impeachment of Governor Whitmer over her proposal to raise the gas tax to fix the roads. 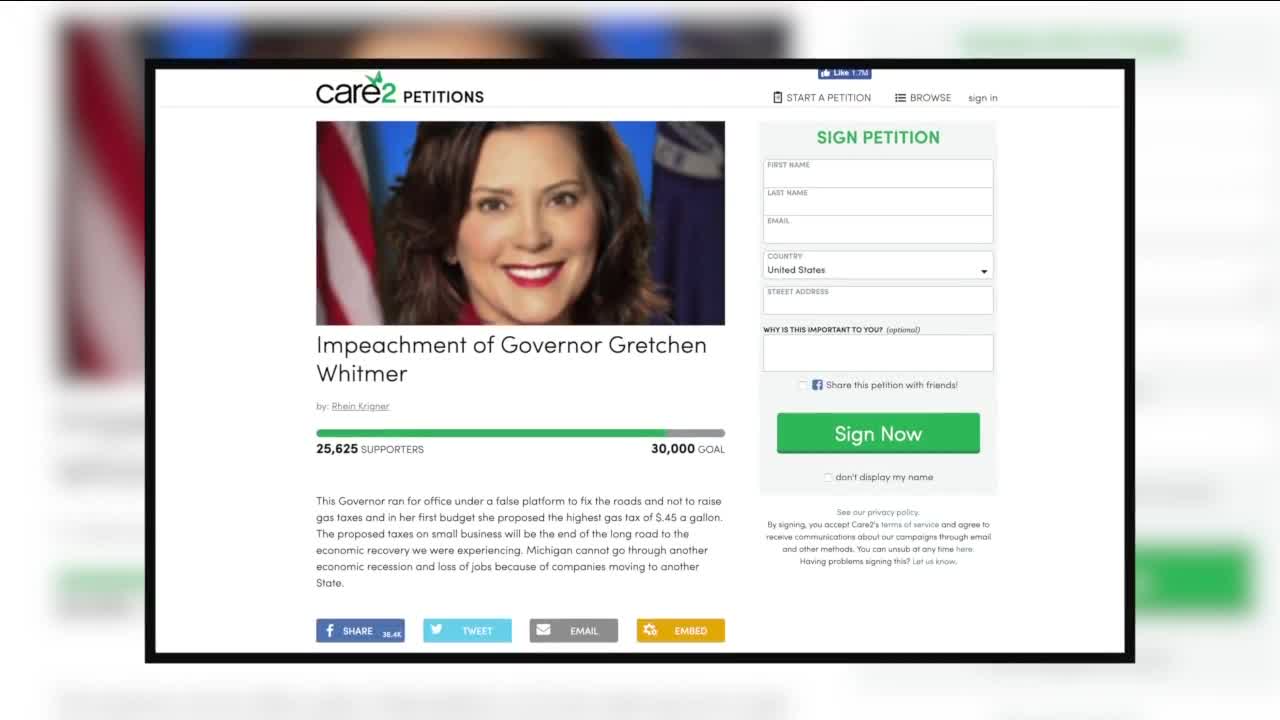 (WXYZ) — A petition is going around asking for the impeachment of Governor Whitmer over her proposal to raise the gas tax to fix the roads.

So far It’s garnered tens of thousands of signatures.

The governor hasn’t even been in office for a full year, yet already people say they want her out.

I spoke with a few folks who say give the Governor more time, to figure out a better way to fix the roads.

“You need to give her an opportunity to demonstrate her platform,” says Rotesa Baker.

A petition is making the rounds, asking for the impeachment of Governor Whitmer because of her 45 cent gas tax proposal to fix the roads.

“That’s a little ambitious. A little too ambitious for my liking. Every week I’m riding around trying to find the best price at the pump,” says Marilyn Norconk.

The petitions creator says the governor ran for office under a false platform to fix the roads and not to raise gas taxes.

Some people who wrote on the petition say we have been taxed the last 20 years to fix the roads, yet have the worst roads in the country.

Another person writing if she has to tax us three time to fix the roads and can’t deliver a budget, she needs to step down.

So far, the petition has more than 25,000 signatures. People say let the Governor do her thing and try to come up with another idea.

One thing everyone agrees on, the roads need to be fixed and they’re hoping something comes together to make it happen, without it recalling affecting their wallets and bottom line.