Should it be easier to fire local bureaucrats? 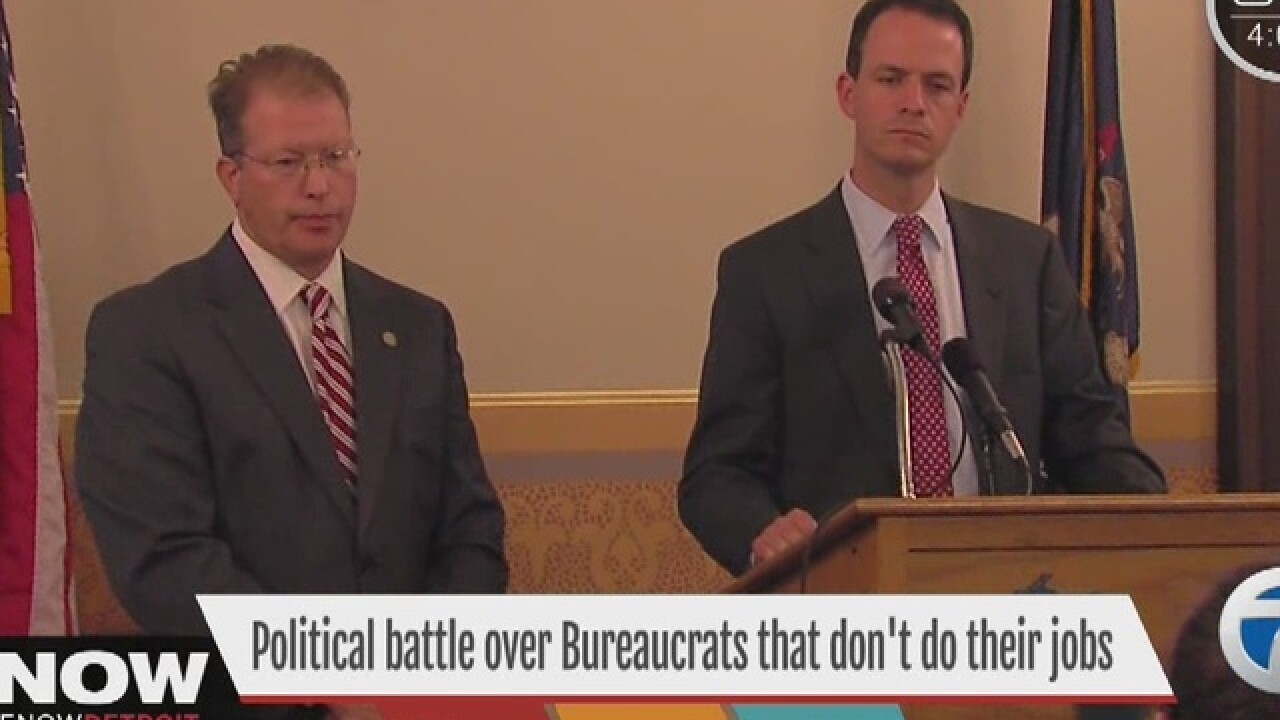 We've been watching for months as Gov. Rick Snyder blamed government bureaucrats for the Flint water crisis. Now, people are wondering if it should be easier to fire them.

That can only happen with reforming civil service protection, and some on the other side are saying a new proposal goes too far.

House Speaker Kevin Cotter, a Republican, said the proposal was in the works before the water crisis, but it's a good example of why it should go through.

Two Department of Environmental Quality staffers have been charged with tampering with evidence, conspiracy and misconduct in office for their role in the Flint water crisis. Because of their civil service protection, they could only be suspended without pay for five days, then go back on paid leave until charged.

The proposed change would allow removal from the job without pay and supporters say a quicker hearing within a month.

Democrats say the proposal only shifts blame in the Flint water crisis.