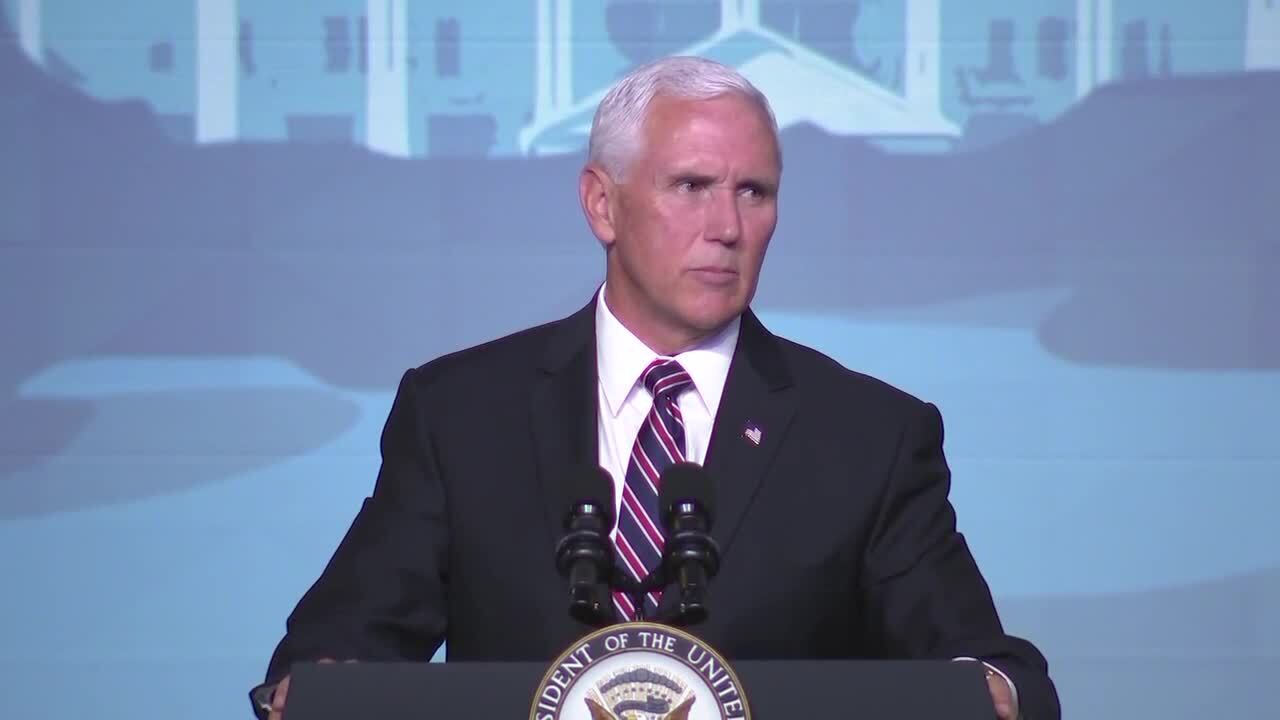 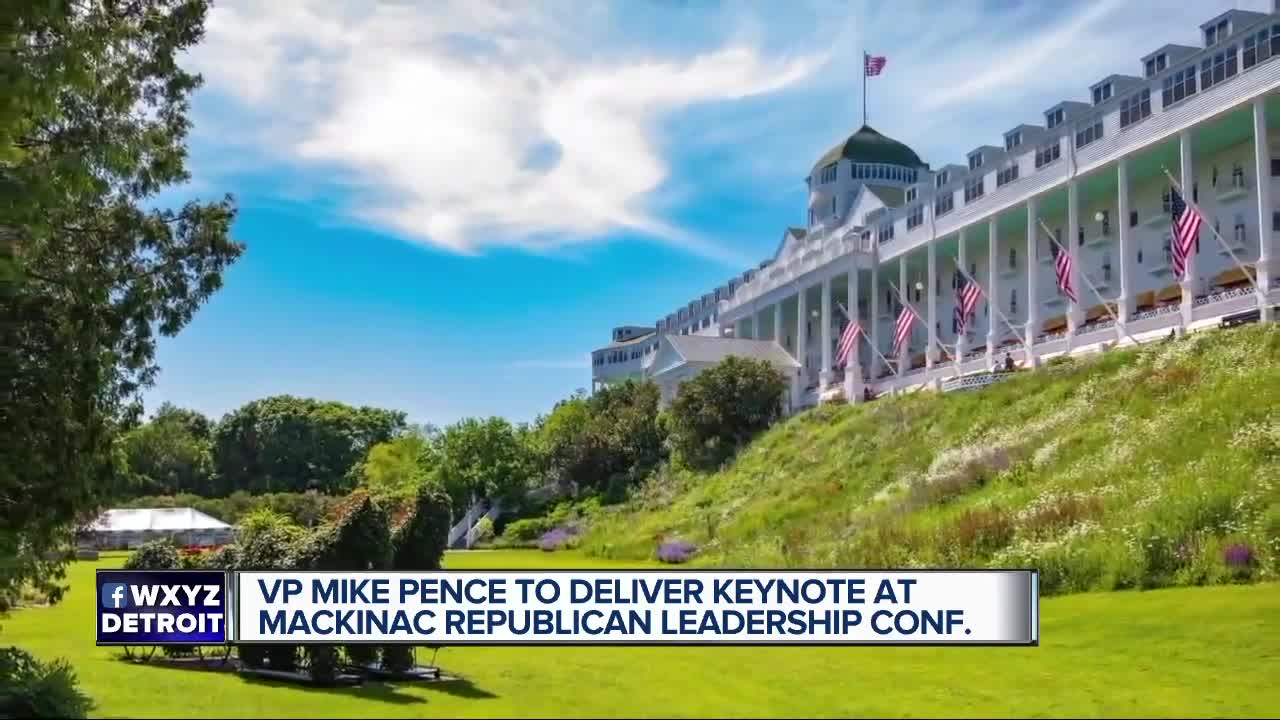 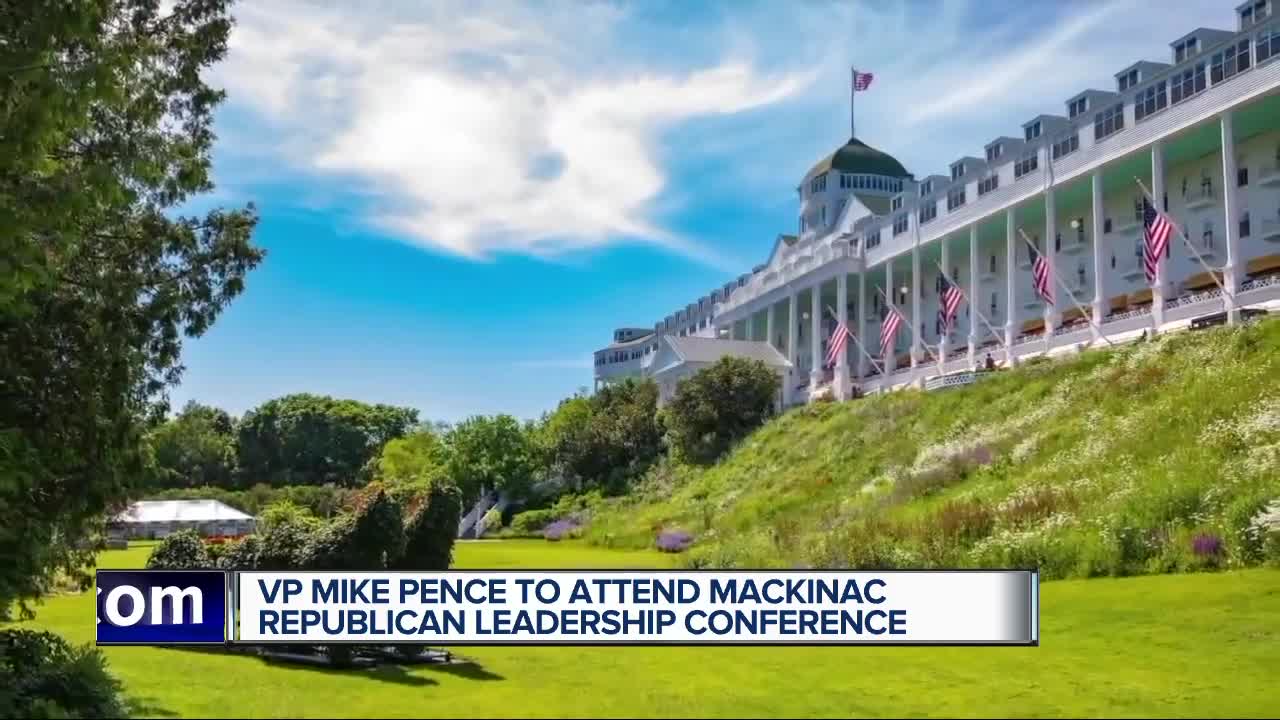 For the first time in the 64-year history of the meeting a sitting Vice President attended.

Vice President Mike Pence delivered a keynote address for the Mackinac Republican Leadership Conference, held every other year since 1955.

With the beautiful backdrop of the Grand hotel, Saturday’s stop marked the 3rd time this year Vice President Pence has visited Michigan.

But he wasn’t the first high profile Republican with ties to the White House to speak at this year’s conference that kicked off Friday.

This weekend’s conference does come amid controversy.

In the midst of a budget battle most of the state’s Republican representatives will push pause on negotiations to come to the island.

Adding to the drama, controversy over the Vice President’s mode of transportation.

Motorized vehicles have been banned from the island with few exceptions for about a century.

And just ahead of the conference Michigan’s Republican Party officially endorsed President Trump and Vice President Pence for 2020.