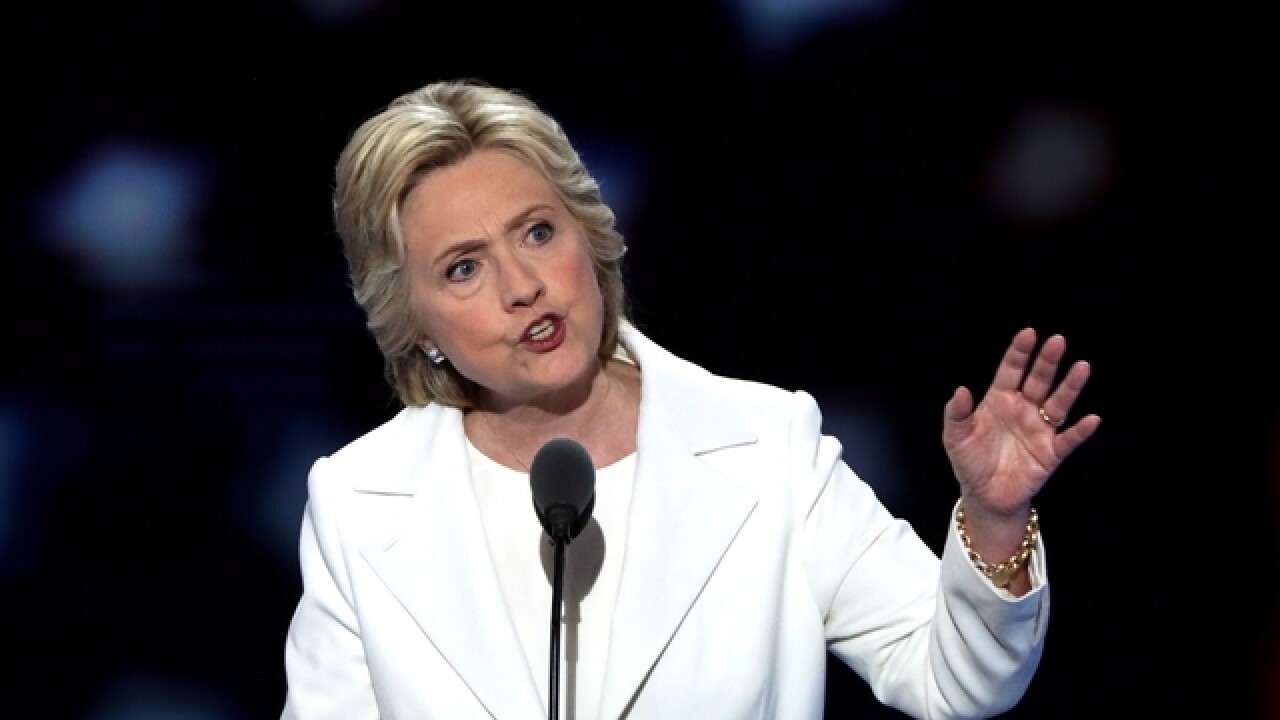 With the major party presidential conventions now behind them, candidates Hillary Clinton and Donald Trump are in a tug-of-war fight on the campaign trail. Here in Michigan, Republican nominee Trump has his work cut out for him.

If the election were held today, a brand new EPIC MRA Poll of eligible Michigan voters shows Democrat Clinton would win the race by 10 points, 46% to 36% with 17% undecided.

The survey, released first to WXYZ/Channel 7, the Detroit Free Press and our statewide media partners in Lansing, Flint and Grand Rapids, sampled 600 respondents.

The poll also matched the major political party candidates against Libertarian Gary Johnson and Green Party candidate Jill Stein. In that 4-way contest, Clinton leads by 11 points (43%) compared to Trump at 32%, as well as Johnson and Stein at 8% and 3%, respectively.

Our statewide poll also asked likely November voters if they thought Michigan’s economy was improving. Fifty-five percent said yes, which closely resembled their thoughts in our March survey. Governor Rick Snyder’s job disapproval rate still lingers around 66%, improved just slightly from a dismal 69% in our spring 2016 poll. Only 32% believe he is doing a good job. And finally, the job rating for President Barack Obama is 52% negative and 47% positive.

The latest EPIC MRA survey was conducted July 30 – August 4 and has a margin of error of plus or minus 4.0%.

Overall, would you say that things in the country are generally headed in the right direction, or, have things pretty seriously gotten off on the wrong track?

Overall, how would you rate the job being done by Barack Obama as President – would you give him a positive rating of excellent or pretty good, or a negative rating of just fair or poor?

Overall, how would you rate the job being done by Rick Snyder as Michigan’s Governor – would you give him a positive rating of excellent or pretty good, or a negative rating of just fair or poor?

Thinking about the economy in Michigan, do you believe Michigan’s economy…

Based on your personal experience or what you know or have heard or read, do you support or oppose the efforts of the Tea Party movement?

Would you describe yourself as a conservative, a moderate or a liberal?

Generally speaking, do you consider yourself a Republican or a Democrat?