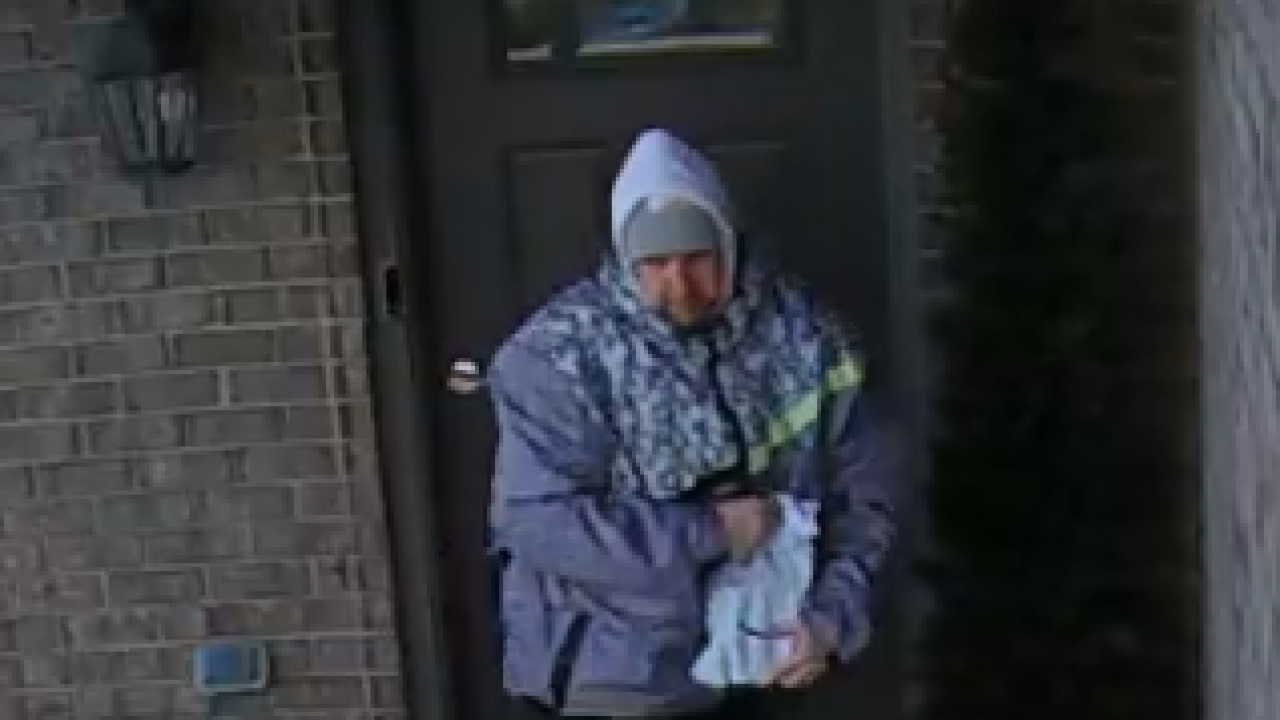 VAN BUREN TOWNSHIP, Mich. (WXYZ) — The ship has sailed for this porch pirate.

On Dec. 18 at 4:54 p.m., an unidentified heavyset white man driving a what looked like either a black Chevrolet Equinox or Traverse stopped near the victim's home, got out of the vehicle and walked up to the victim's home carrying an empty box.

Acting as if he was delivering a package, the suspect placed the empty box on the porch then steals the package that had previously been delivered.

Police say the suspect was aware of the Ring doorbell and was looking down to avoid his face being captured.

Officers were able to identify the man after posting photos on their Facebook page. He was arrested around 9 a.m. Thursday.