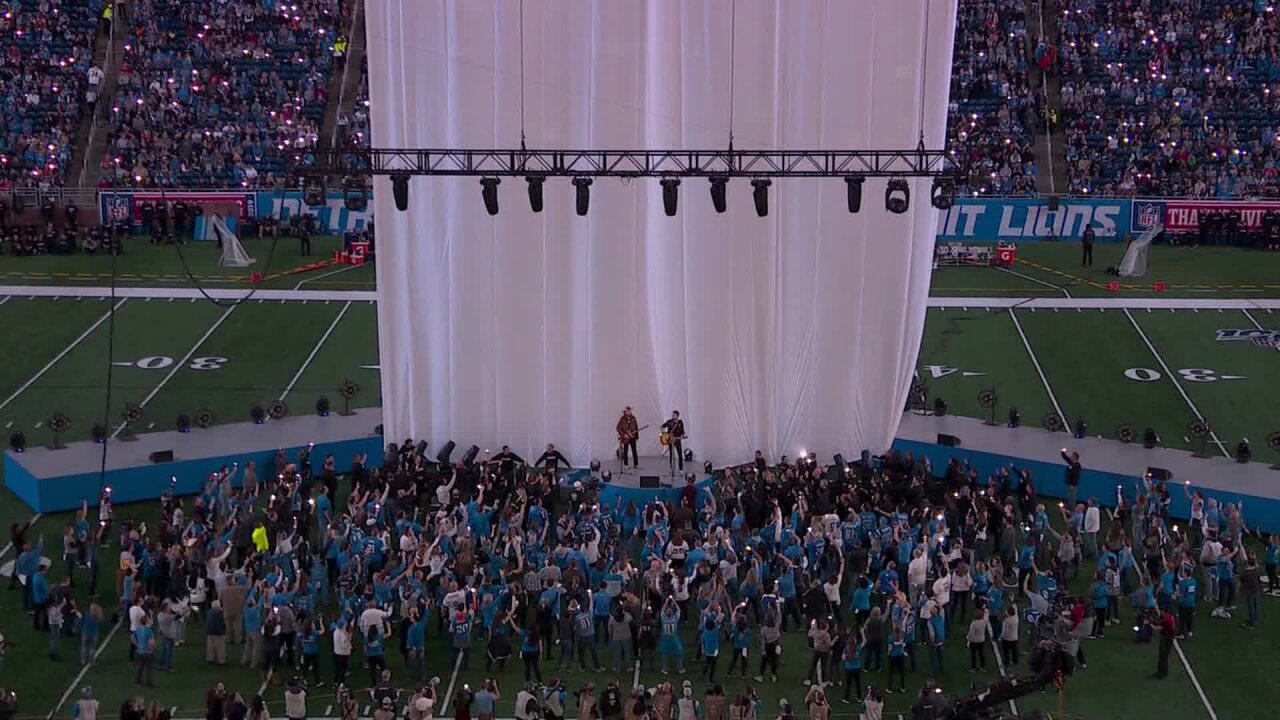 From NFL/FOX/From NFL/FOX
The power went out briefly during the halftime show at the NFL Thanksgiving Day Classic in Detroit.

(CNN) -- The halftime show at a Thanksgiving football game between the Chicago Bears and Detroit Lions got off to a rough start.

Brothers Osborne, a country music duo, only got a few notes into their first song before the music came to a halt and the lights dimmed abruptly at Ford Field in Detroit.

The reason? The power had gone out.

Moments later, the lights turned back on, and after a brief delay, the show resumed.

"Well obviously we've had a power hit here in Detroit, just a few notes into the Brothers Osborne here at halftime," announcer Joe Buck said on the broadcast, airing on FOX.

A spokeswoman for DTE, a Detroit-based energy company, said in a statement that the company is working with the Lions to identify the cause of the outage.

Ford Field said in a statement it was "due to an outside utility failure" and that the ensuing delay in the halftime show was due to the time it took to reset and reconnect the sound system transmitter.

"Just got secondhand shock from that power outage... you know EVERY tech and the control team were RUNNING," tweeted Devon Dyer.

"Power outage coming up clutch to give the audience enough time to look up who tf the Brothers Osborne are," said Jared Siegel.