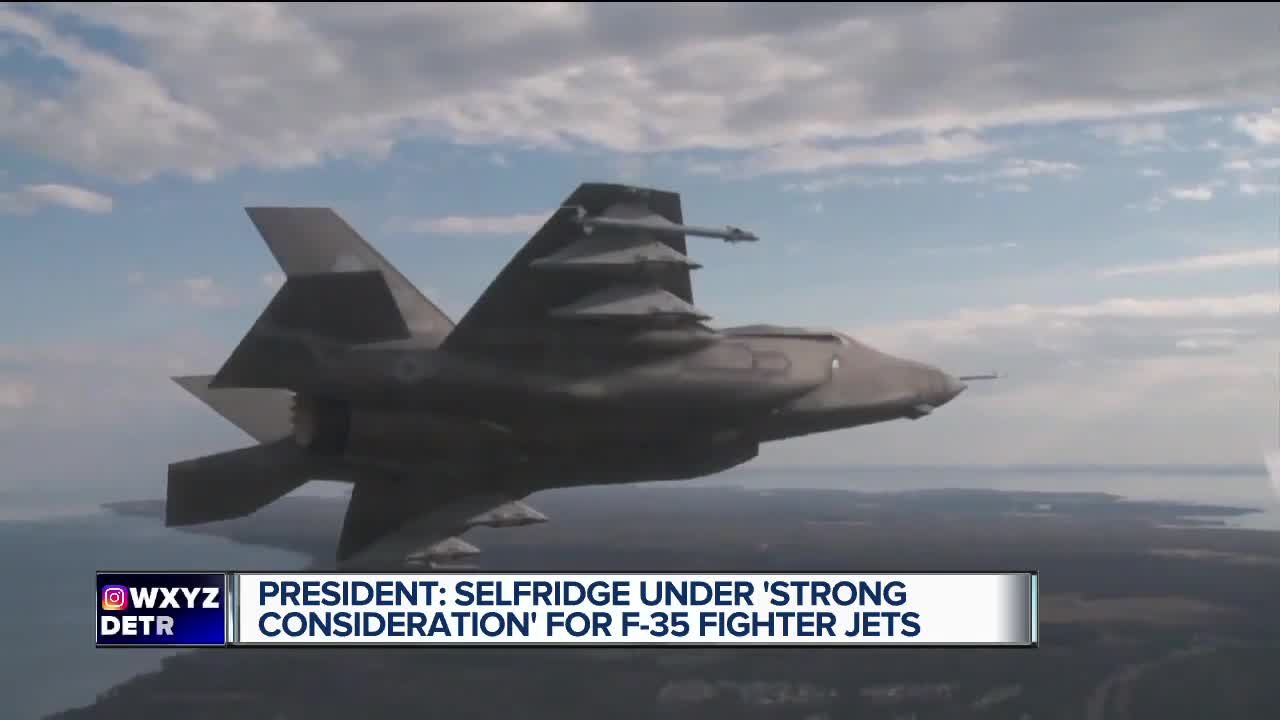 President Trump made some noise after mentioning at his stop in Warren today about strongly considering F-35’s launching from Selfridge Air National Guard Base in Macomb county.

MACOMB COUNTY, Mich. (WXYZ) — President Trump made some noise after mentioning at his stop in Warren today about strongly considering F-35’s launching from Selfridge Air National Guard Base in Macomb county.

It’s something that lawmakers have been wanting for years, F-35’s at Selfridge. Some saying it would be huge for Michigan's economy and recruiting.

"We’re giving strong consideration to deploying some of our mighty F35’s to Selfridge air national guard base President Trump said Thursday in Warren.

Selfridge air base in Macomb County may see new jets in the near future – billion dollar jets.

"We are confident we are the best location for them, but we think politics may have played into the original decision," said Macomb County Executive Mark Hackel. "There’s not a lot of military basing left anywhere in the US and it would be nice to have it there, just for security reasons and the military in general."

Previously, the Air Force said Selfridge wouldn’t host the F-35, but at the time lawmakers said Selfridge was ready and could handle the planes. Hackle says the president's remarks speak volumes.

"In all of our delegation, Democrats, Republicans that are there in Washington are fully on board with this and supporting this so we’ve got a great potential," Hackel said. "It’ll bring more people to it, it’ll be a good base again."

People near the base are excited after hearing what the president said.

Now all we can do is wait and see what happens here at Selfridge in the future.